Senators voted 18-11 for legislation, which would allow online training of at least 90 minutes with a test to suffice for the new, less expensive permits. The current handgun carry permits would still remain an option, but GOP Sen. John Stevens contended that their eight-hour training requirement with live firing is time-consuming and burdensome. 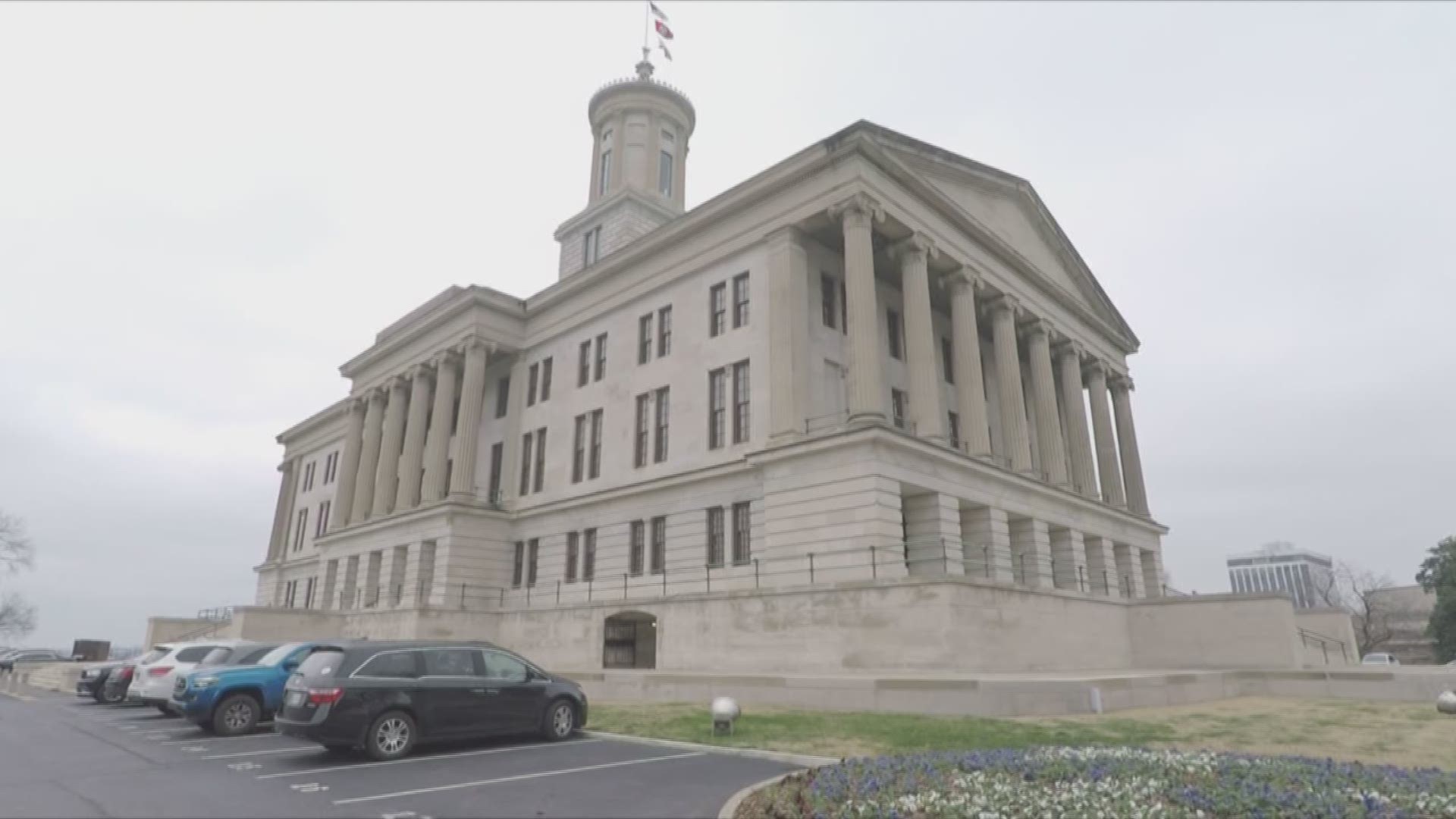 Republican Gov. Bill Lee said he will sign off on the new permit.

In the session's waning moments, Republicans also overcame House and Senate squabbling to pass a proposal that would require the state's top leaders to call on the federal government to send a fixed amount of money each year in the form of block grants.

Before the block grant vote, Democrats briefly walked out of the House in protest, upset that they weren't included on a panel that negotiated the Medicaid bill's version. Democrats said, at one point, they were locked into the chamber by the GOP leadership, and one Democrat, Rep. G.A. Hardaway, was involved in an altercation with the sergeant-at-arms he tried to leave the chamber.

The spat drew barbs from both sides. Democratic Caucus Chairman Mike Stewart said House Speaker Glen Casada thought he had the power, "like some sort of dictator from a third world country," to block lawmakers from leaving the chamber. Casada said the Democrats shirked their constitutional responsibilities by walking out.

Later, a protester in the House gallery was escorted out for shouting at Casada. She was one of four women who sat outside Lee's office last month in an attempt to secure a meeting with the Republican to discuss Rep. David Byrd, who is accused of sexual misconduct nearly three decades ago.

The gun bill action in the Senate unfolded earlier in the day.

Senators voted 18-11 for legislation, which would allow online training of at least 90 minutes with a test to suffice for the new, less expensive permits. The current handgun carry permits would still remain an option, but GOP Sen. John Stevens contended that their eight-hour training requirement with live firing is time-consuming and burdensome.

The proposal would be the highest profile gun rights change this year. Efforts died on several big pushes to loosen gun restrictions, including letting teachers carry guns and holding permit holders harmless if they mistakenly bring guns into businesses that ban them, then immediately leave when they find out they aren't allowed.

"Next year, you're going to be asked to vote on a bill that arms teachers, potentially that have never fired a weapon," said Republican Sen. Steve Dickerson of Nashville, who voted "no."

The National Rifle Association's legislative arm has backed the measure.

"By creating a new concealed carry permit, Tennesseans are able to choose which permit option is best for them and their lifestyle in order to exercise their constitutional right to self-defense," the NRA's Institute for Legal Action has said.

But the Tennessee Firearm Association opposed it, worrying that it could mean other states won't acknowledge Tennessee's existing handgun carry permits or only the new ones. The group also said adding the permit could get in the way of its goal of permitless carry.

Earlier this week, the Tennessee chapter of Moms Demand Action for Gun Sense in America delivered lawmakers a letter signed by 35 Tennessee gun safety instructors in opposition of the bill.

Democratic Senate Minority Leader Jeff Yarbro of Nashville said he was able to skip an online training course's videos and finish it Thursday while the committee discussed and advanced the bill.

"We're basically turning this testing process into a joke. My 5-year-old could get through this test online without any difficulty, and so could anyone," Yarbro said.

Stevens said the new concealed permit would not allow people to carry guns on higher education campuses. The new permit application would be $65, instead of the current permit's $100 fee.

But Republican Sen. Janice Bowling of Tullahoma, who has run for office before by billing herself as a "pistol-packin' momma," said having another permit will create confusion. She voted against the bill.