Joe Biden and Kamala Harris were sworn in on Wednesday. During his speech, Biden said the U.S. faced several crises and called for unity to persevere through them. 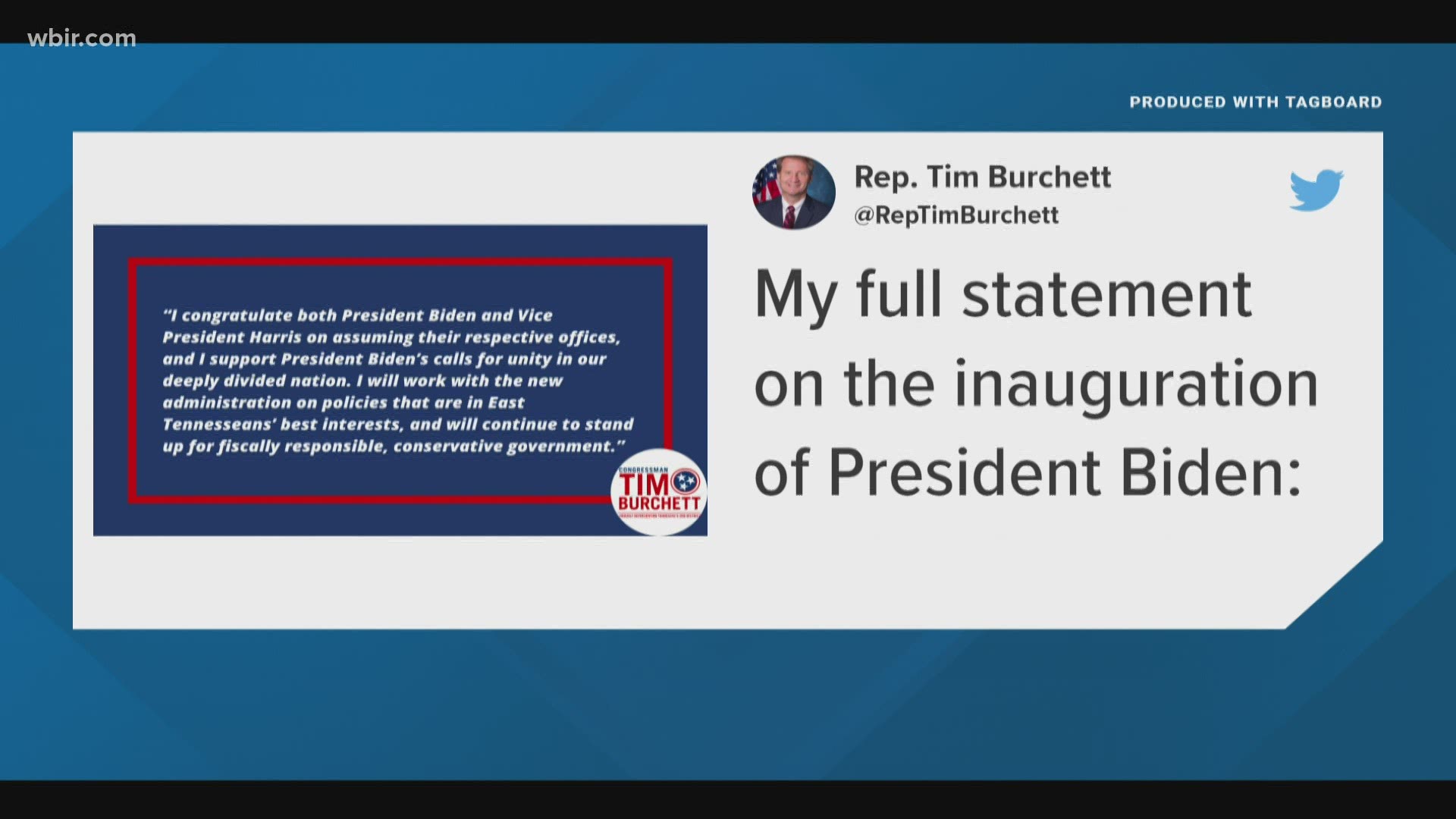 A new leader entered the Oval Office on Wednesday after Joe Biden was sworn in as the 46th President of the U.S. He was joined by Vice President Kamala Harris.

As executive power changed hands in Washington D.C., several congressmen and congresswomen reacted to the incoming president. In Tennessee, some lawmakers said they would continue working with the administration while others congratulated him on becoming the new president.

As Biden entered office, he faces several crises including millions of sick and dying people from the COVID-19, as well as an economic crisis after businesses closed and people lost their jobs due to the pandemic. Calls for racial justice have also echoed through much of the country.

"To overcome these challenges, to restore the soul and secure the future of America requires so much more than words," Biden said in his speech. "It requires the most elusive of all things in a democracy: unity, unity."

Gloria Johnson, a state representative for House District 13, posted on Twitter that a weight had been lifted for the country with the inauguration.

A weight has been lifted, hopeful that truth and integrity will return. pic.twitter.com/EkCI9hUxG4

Senator Marsha Blackburn said that she wished the new President and Vice President well and that she will work with the administration to protect "constitutional freedoms" and to improve the lives of Americans.

“I join Tennesseans in wishing our new President and Vice President well," Blackburn said. "I will seek to work with the new Administration to protect our constitutional freedoms and improve the lives of the American people. I also thank our brave law enforcement and military personnel for their tireless efforts in ensuring a safe, secure and peaceful transfer of power.”

In the morning of Inauguration Day, before Biden was sworn in, Senator Bill Hagerty also said that he would continue working alongside Blackburn to represent conservative principles.

Washington liberals want to turn America into a socialist nation. As your Senator, I will continue to work alongside Senator @VoteMarsha and represent the conservative principles you elected me to protect. Conservative values are Tennessee values.

The day before the Inauguration, Congressman Tim Burchett met with members of the National Guard who were preparing to protect people during the inauguration. The service members were from the Tennessee National Guard, from Knoxville's 278th ACR.

"These are patriotic, loyal Americans here to honorably serve their country, and anybody who says otherwise is wrong," he said.

On Inauguration Day, Burchett also released a statement congratulating both Biden and Harris.

“I congratulate both President Biden and Vice President Harris on assuming their respective offices, and I support President Biden’s calls for unity in our deeply divided nation," he said. "I will work with the new administration on policies that are in East Tennesseans’ best interests, and will continue to stand up for fiscally responsible, conservative government.”

Knoxville Mayor Indya Kincannon also congratulated Joe Biden and Kamala Harris on Twitter as they were sworn in.