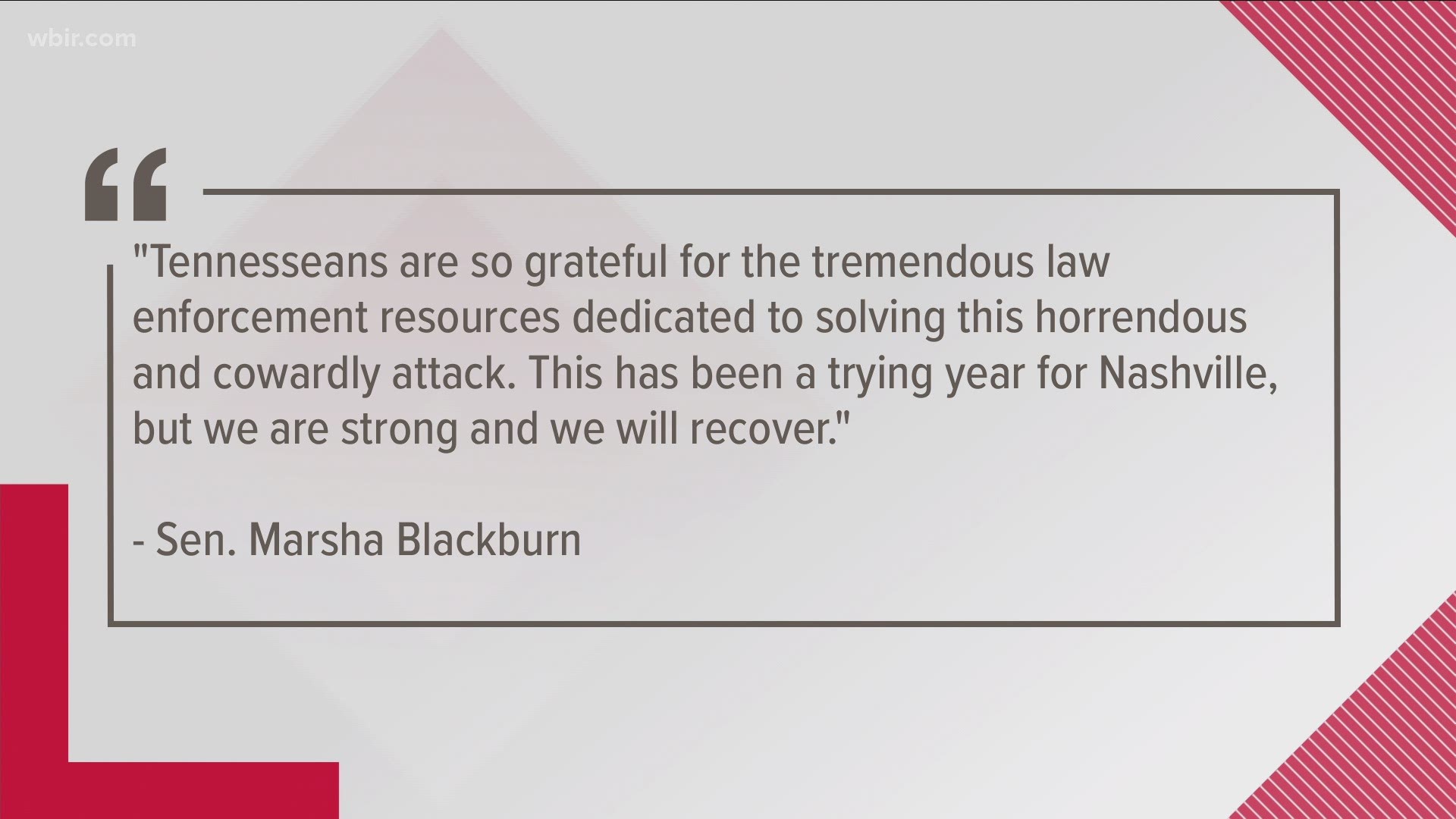 Three Tennessee lawmakers sent a letter to President Trump on Saturday, asking him to approve Governor Bill Lee's request for an emergency declaration in Davidson County.

Rep. Jim Cooper (TN-05), Sen. Lamar Alexander and Sen. Marsha Blackburn signed onto the letter. They said that an emergency declaration would allow federal resources to help communities that are still recovering, which were already struggling due to the COVID-19 pandemic.

Officials said that 911 call centers were down across the state because of the explosion. Flights at Nashville International Airport were also affected Christmas morning.

The lawmakers urged the president to approve Governor Lee's request for public assistance categories 'A' and 'B,' according to the Robert T. Stafford Disaster Relief Act.

In his request, Governor Lee said that Tennesse spent over $175 million managing response and recovery activities between Feb. 2019 - Dec. 2020 for larger events without requesting assistance.

I have requested an emergency declaration from @POTUS to support ongoing efforts and relief. pic.twitter.com/7vwrvN1FBw