The bill also approved the use of cannabis oil containing 0.9% or less of THC for patients with specific medical conditions. 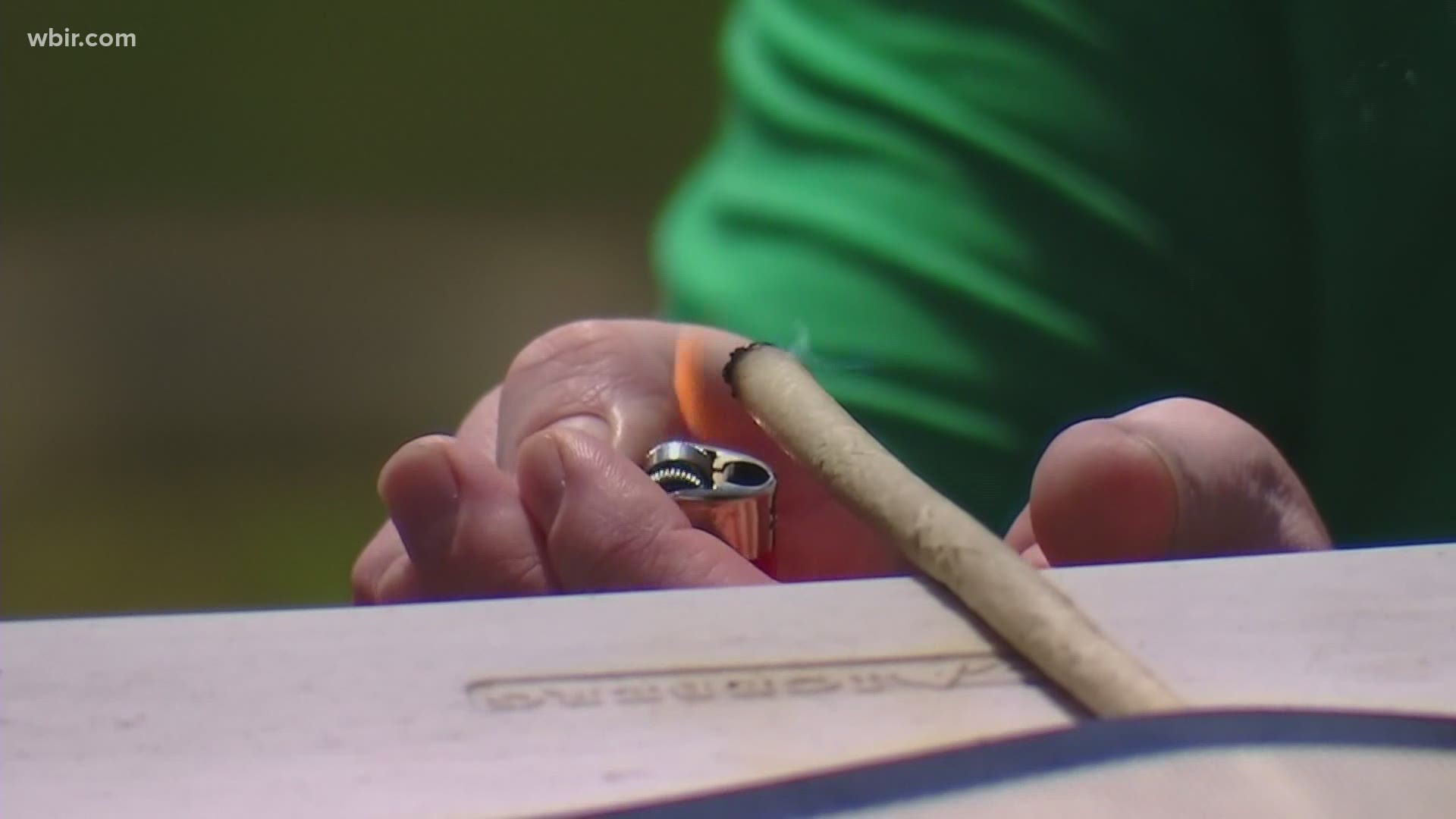 TENNESSEE, USA — Tennessee lawmakers didn't agree to make medical marijuana legal in the state this year but did pass legislation that could pave the way in the future.

On the final day of this legislative session, members reached an agreement on a bill that would form a special commission to study the legalization of medical marijuana in Tennessee. The legislation would also decriminalize the possession of cannabis oil containing 0.9% or less of THC for patients with specific medical conditions.

The committee, made up of nine members appointed by the leaders of both houses and the governor, would study laws and legislation regarding the medical use of cannabis. The members would be tasked with preparing recommendations on how best to "establish an effective, patient-focused medical cannabis program in this state and include proposed legislation in its recommendations."

A growing number of states have approved the use of marijuana for those with serious health problems and those whose conditions are terminal.

The new legislation says people with nine debilitating medical conditions could possess and use the specifically defined cannabis oil if they have a letter from a doctor. Those illnesses include Alzheimer's disease; ALS; end stage cancer; inflammatory bowel disease, including Crohn's disease and ulcerative colitis; epilepsy or seizures; multiple sclerosis; Parkinson's disease; HIV or AIDS; and sickle cell disease.

The letters from the doctors would only be good for six months, and the patients would have to obtain the oil from out of state because it cannot be sold in Tennessee.

Governor Bill Lee still has to sign the bill before it becomes law.

Sen. Becky Duncan Massey (R-Knoxville) sponsored a bill this session that would have decriminalized the use of cannabis for people with those same debilitating diseases. It failed to pass, but she believes support is growing in the state.

“That the attitudes toward marijuana, I think are changing,” said Massey in an interview last month with WBIR.

“In a year that we are doing criminal justice reform that’s a major part of the governor’s initiative this year, do we really want to be criminalizing Tennesseans that are just trying to get some relief from some very significant illnesses where traditional medicine has not been able to work for them?" she told WBIR.