As introduced, the bill expands the current offense for talking on hand-held devices while driving within marked school zones to talking on such devices on any road, highway, or street. 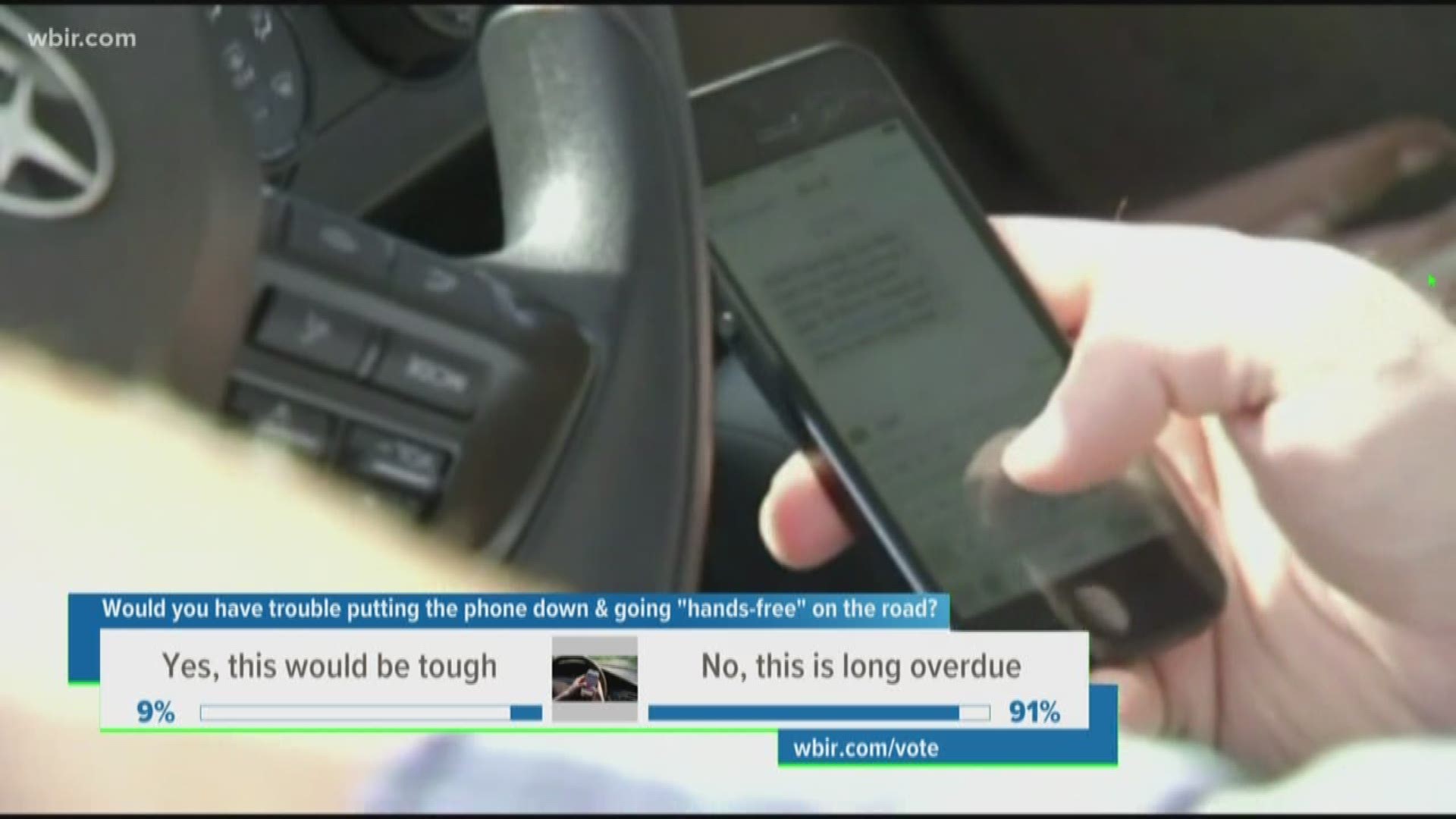 NASHVILLE, Tenn. — This time next year, you may not be able to drive around Tennessee with your phone in your hand.

A bill introduced in the Tennessee House Monday proposes a ban on talking on hand-held devices while driving.

As introduced, the bill expands the current offense for talking on hand-held devices while driving within marked school zones to talking on such devices on any road, highway, or street.

"Everybody recognizes that it's just a serious issue," Hazlewood said.

Last year, a law made it illegal to drive in an active school zone while talking on a hand-held cell phone in Tennessee. Drivers over age 18 can legally use a hands-free device, but those under cannot.

The bill states violation would be a Class C misdemeanor punishable only by a fine no more than $50.

"To give our law enforcement people as many tools as they can to deal with the issue ultimately to make the public safer," Hazlewood said.

In July, Georgia put a similar rule into effect.

Law enforcement in Tennessee say distracted driving is a big issue on the roads.

"Whether it be a phone or magazine, that lunch you missed, just pay attention to the road," Oak Ridge Police Officer Matthew Johnston said.

Tennessee Highway Patrol Lt. Don Boshears said there's no law in Tennessee that specifically outlaws distracted driving. However, he said there is a due care law that helps enforce safe driving.

He said there are some challenges to enforcing the no texting while driving law.

He said one of the best ways he can enforce safe driving is through education.

"It's not always, you know, writing that citation," Boshears said. "If I can educate you and get you to change your habits, that's just as good as writing the citation."

RELATED: Drop that phone: It's now illegal to hold your mobile device while driving in Georgia