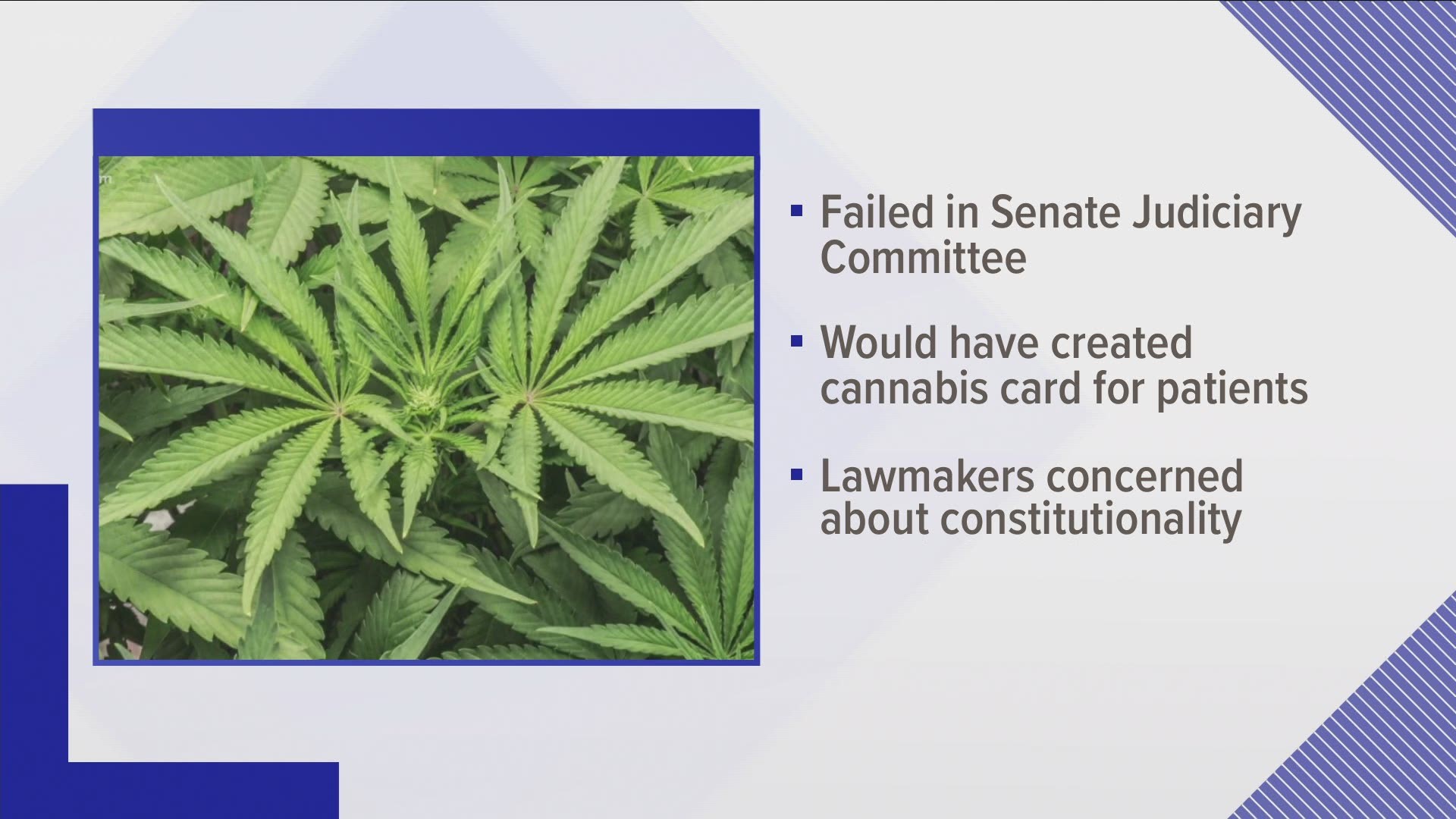 NASHVILLE, Tenn. — A bill that would legalize marijuana in the state of Tennessee for medicinal purposes failed in the state Senate on Tuesday.

The Senate Judiciary Committee heard SB0854, known as the "Tennessee Medical Cannabis Act." They chose not to move forward with it, after some lawmakers said they had concerns about its constitutionality.

The bill was sponsored by Sen. Janice Bowling (R-Tullahoma) and, if passed, would have legalized medical marijuana and set up the framework necessary for the state to establish and regulate medical marijuana farming, licensing and distribution.

"The broad purpose of this chapter is to increase low-cost public health options, alleviate suffering, develop agricultural business, incentivize research of THC benefits, and expeditiously license and track medical cannabis from cultivation to point of sale within the boundaries of this state," the bill reads, recognizing medical marijuana has been legalized in 36 states as of 2021.

Access to medical marijuana would be restricted to those fighting cancer, people with chronic pain or several other conditions such as glaucoma and epilepsy, those struggling with opioid addiction, as well as people with terminal conditions.

Tennesseans and caregivers 18 and up who qualify would have been able to apply for a medical cannabis card that would be good for two years, which the bill said would require them to submit an application with a $65 fee alongside medical records that confirm the patient's diagnosis.

The bill, if passed, would also have required the process for healthcare providers to submit medical records to be finalized by September 30, 2021, and have a patient registry system in place no later than June 1, 2022.