S.B. 0778 would give $600 in cash supplements for volunteer firefighters who complete 30 hours of in-service training. 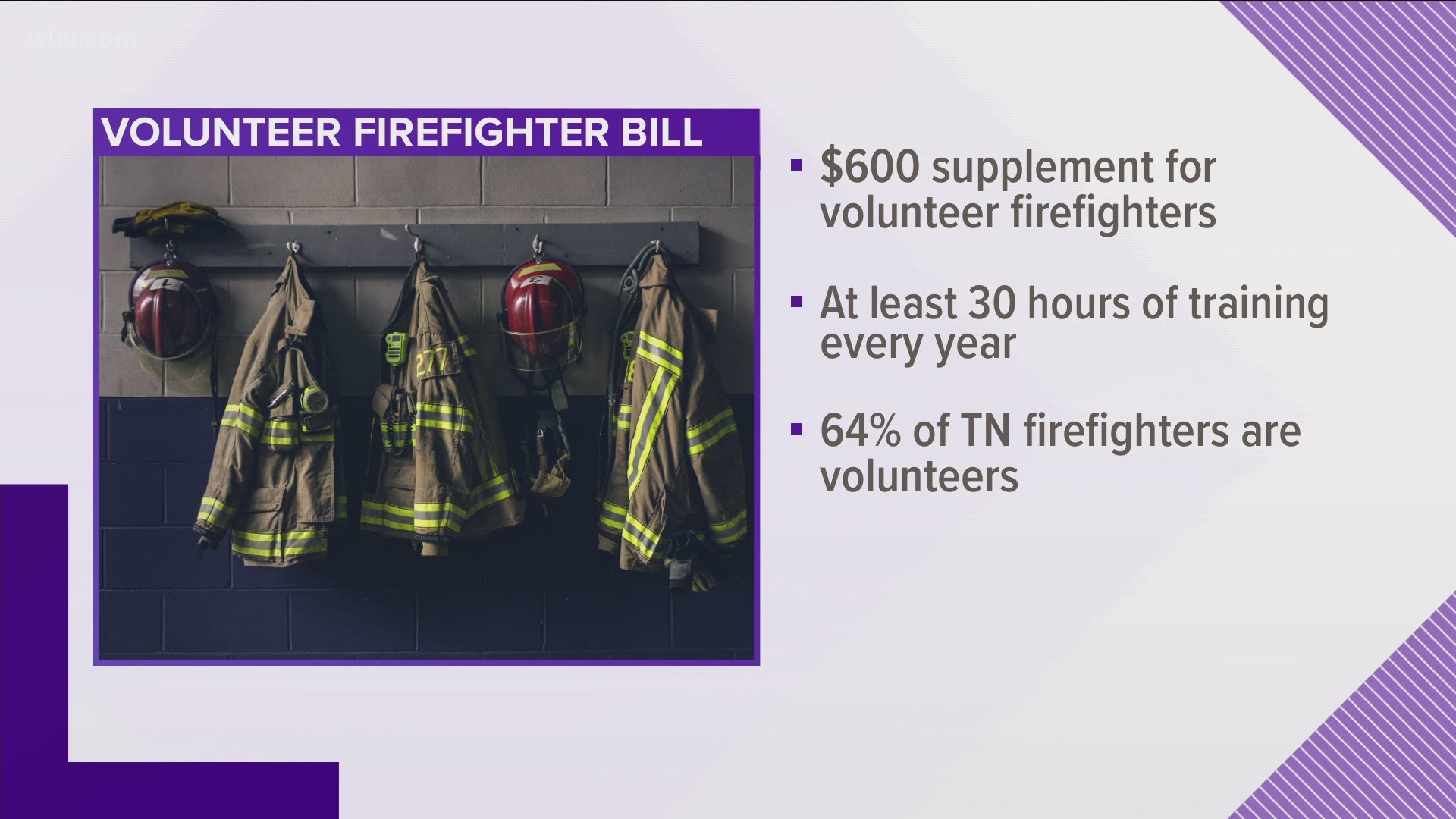 S.B. 0778 would provide annual $600 payments for volunteer firefighters who complete at least 30 hours of in-service training a year. Officials said that 64% of firefighters in Tennessee are volunteers who pay for any training or equipment they receive, according to officials.

It was introduced by Senator Jack Johnson (R - Williamson County) and is funded in Governor Bill Lee's budget proposal. The budget also includes $1 million for grants to volunteer fire departments.

The Senate passed the bill unanimously on Wednesday. It will go to a vote in the House on Monday.

“I know firsthand that many of our state’s volunteer firefighters are not only sacrificing their time but their money and their resources to serve our state,” said Bell. “This $600 annual training supplement will go a long way towards recognizing their service.”