The court is considering a Nashville chancellor’s temporary injunction allowing those with fears about the coronavirus to vote by mail-in ballot. 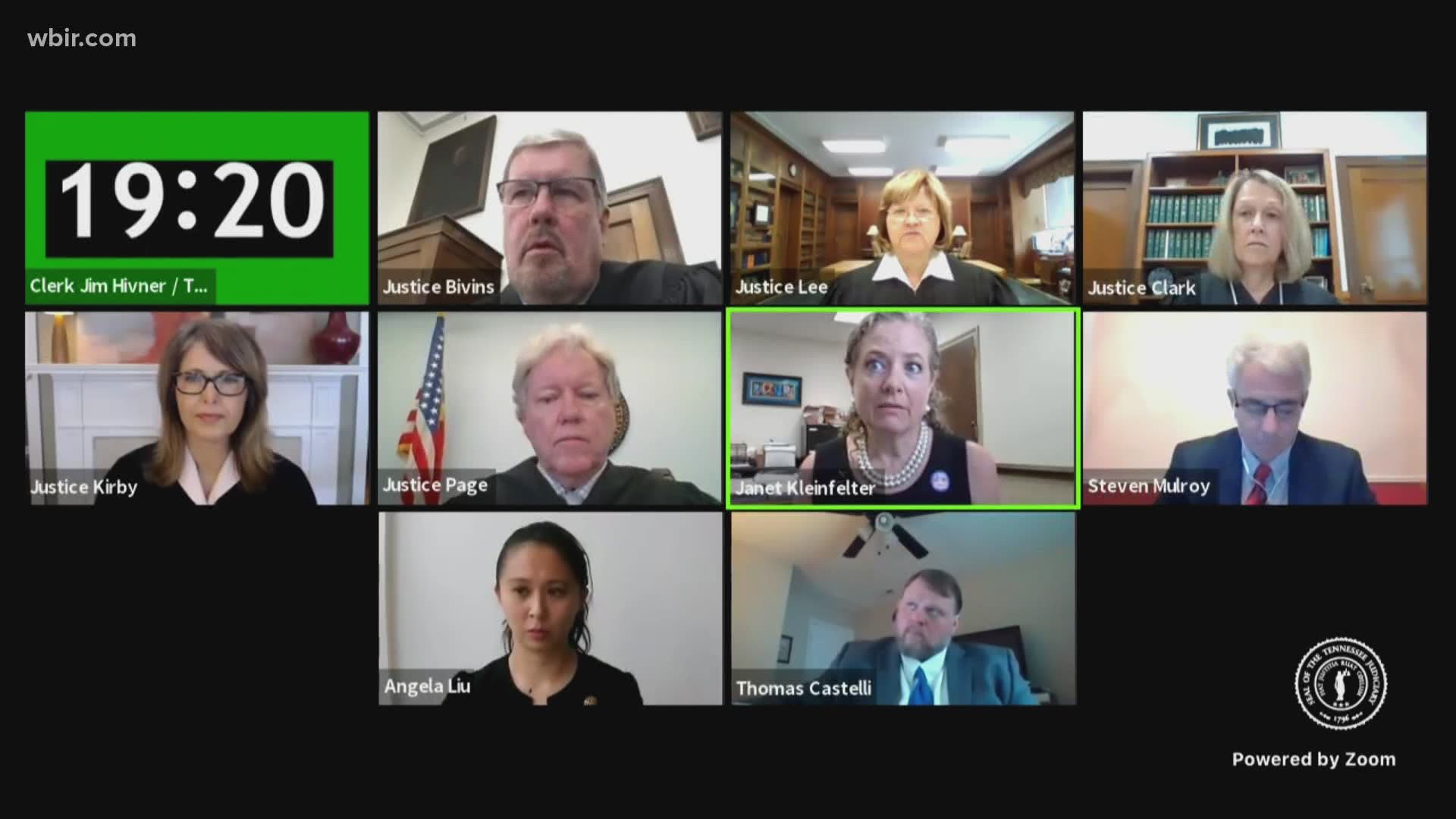 NASHVILLE, Tenn. — The Tennessee Supreme Court stepped into the argument over access to absentee ballots amid the COVID-19 crisis on Thursday.

The court is considering a Nashville chancellor’s temporary injunction allowing those with fears about the coronavirus to vote by mail-in ballot.

That’s not currently recognized under state guidelines for getting an absentee.

In a Zoom hearing on Thursday, lawyers debated what the chancellor’s order means.

"It's an open-ended injunction that has no end and no justiciable way to determine when those pandemic circumstances end," said Janet Kleinfelter with the state Attorney General’s office.

"If the temporary injunction is in fact reversed, those voters will be at sea. They will not know what to do. They will in fact not be given any situation for absentee voting," said Steven Mulroy, a lawyer for the plaintiffs.

Supreme Court justices indicated they realize there’s real uncertainty about who is getting the disease and how to combat it.

"The silent spreaders, that's a real serious issue. The silent spreaders, they have it. They do not know they have it. They do not have symptoms, therefore, they've had no reason to get tested. Are we sending those people into the election commission offices or schools or churches, wherever, to vote in-person?" Justice Sharon Lee asked during the hearing.

Whatever the court decides, it’s not expected to affect next week’s election.

Their decision should, however, affect voting options in November.

RELATED: VERIFY: You should mail ballots in at least 7 days before election day