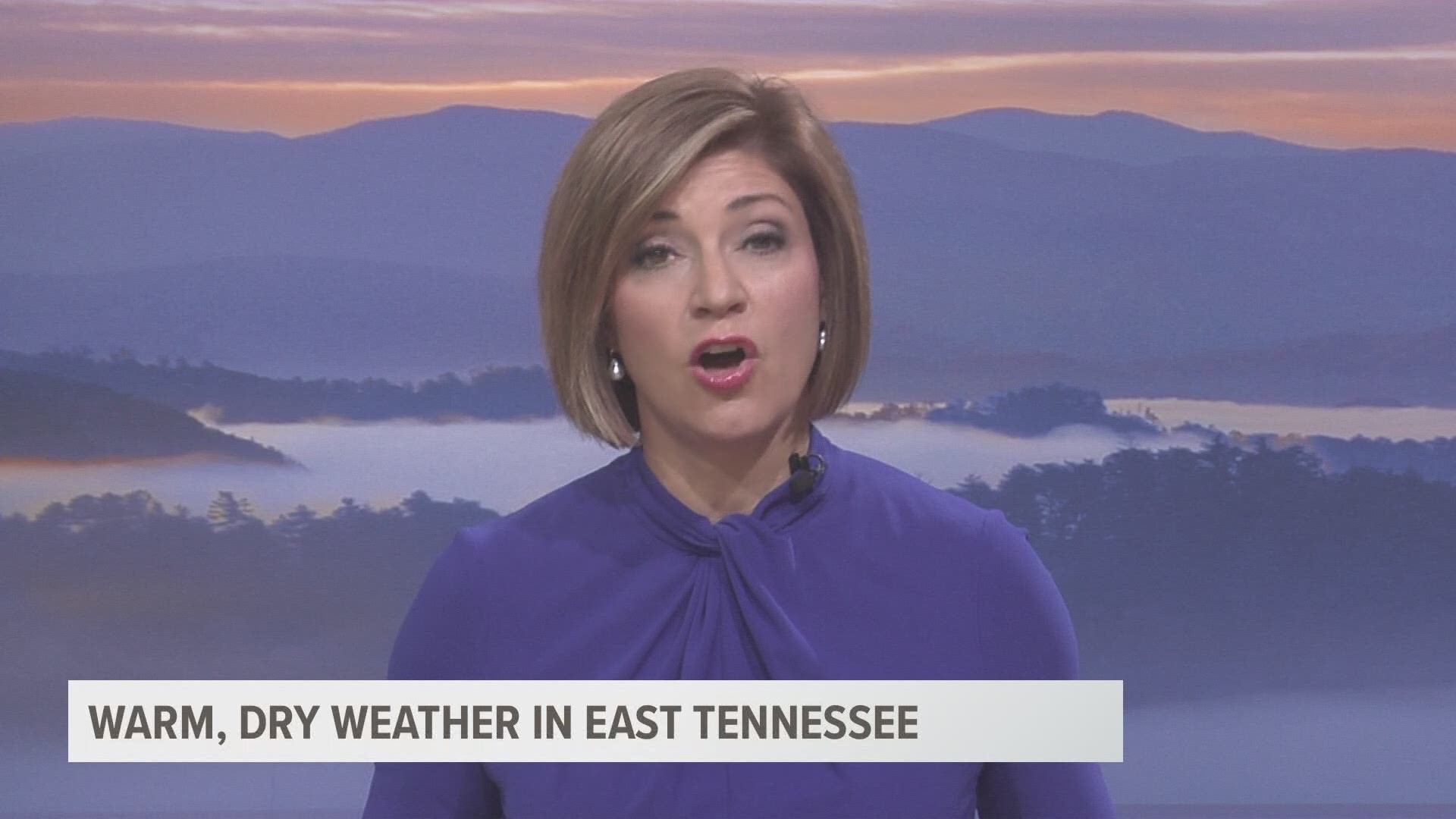 NASHVILLE, Tenn — Four years after Tennessee passed a law requiring a 48-hour waiting period for women seeking abortions, abortion clinics are getting a chance to argue against it in court.

Beginning Monday, attorneys for five of the state's seven abortion clinics will try to prove that the law harms the women it is supposed to help.

They must establish that the law, which requires women to make two separate trips to the abortion clinic, imposes an undue burden on Tennessee women. It's a subjective standard that has caused some waiting period laws to be struck down and others upheld, depending on the specific circumstances of the state. 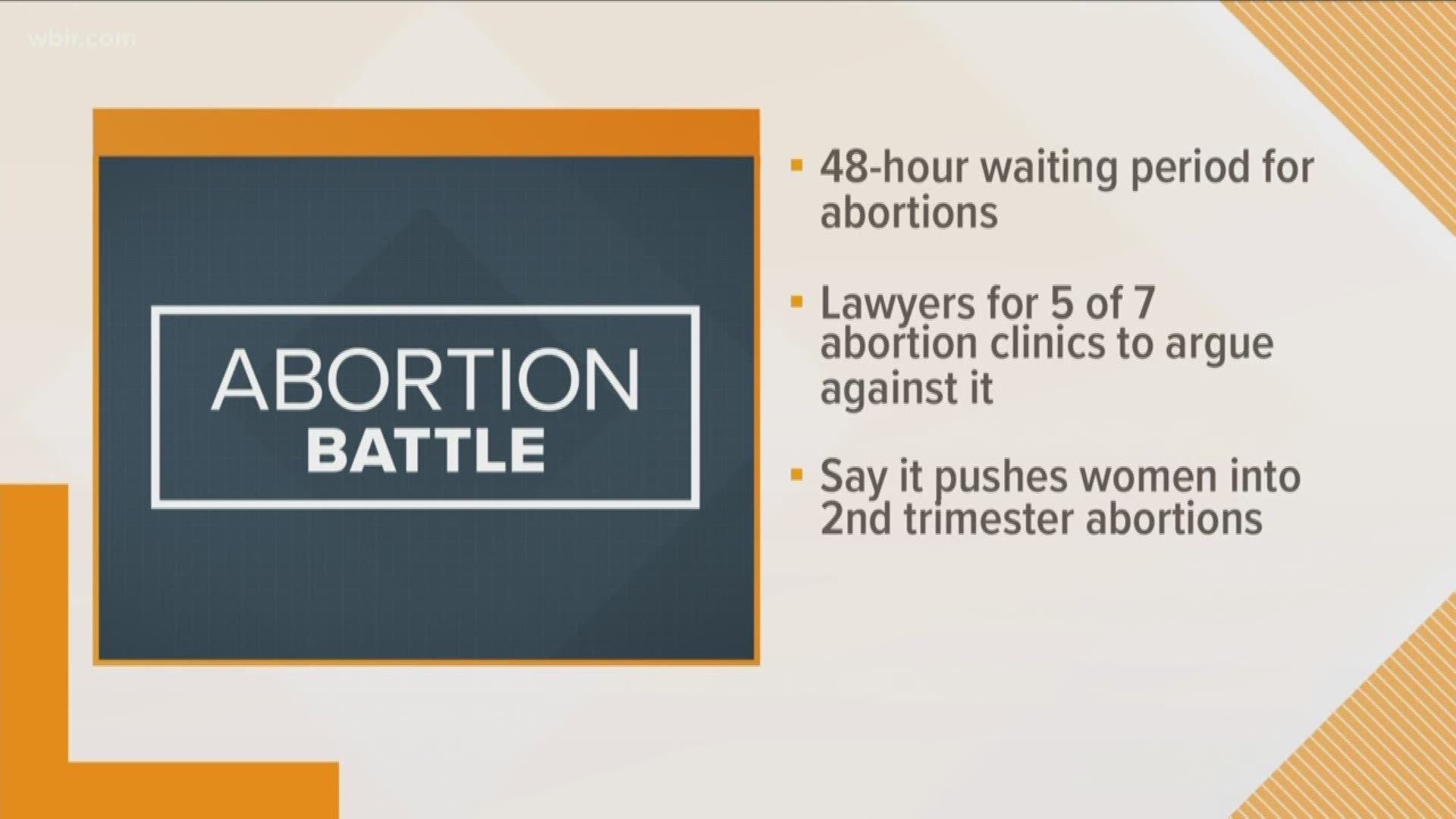 RELATED: Abortions in US fall to lowest number since becoming legal

Twenty-seven states currently require a waiting period between counseling and an abortion, according to the Guttmacher Institute, a research group that supports abortion rights. Tennessee is one of 14 states where pre-abortion counseling must take place in person, meaning a woman must make two separate trips to the clinic.

Suzanna Sherry is a professor of law at Vanderbilt University. She said courts have upheld waiting periods even when the evidence showed that they caused some women a financial hardship by forcing them to take time off work and find baby sitters and transportation not once but twice. One key issue is how many women are negatively affected.

The Tennessee abortion clinics argue in court filings that the waiting period law has pushed many women into second trimester abortions, which have a greater chance of complications, suggesting the law makes abortion more dangerous for women.

New research by a Texas A&M University economics professor and doctoral student supports that claim. It concludes the law is responsible for a 62% increase in the number of Tennessee women seeking second trimester abortions between 2014 and 2016.

In 2014, before the law took effect, 649 Tennessean women sought abortions in their second trimester, according to researcher Mayra Pineda-Torres. By 2016, the first year the law was in effect for the entire year, that number had increased to 1,092. That accounts for 11.4% of all Tennessee women seeking abortions that year, Pineda-Torres said.

The total increase of Tennessee women seeking second trimester abortions between 2014 and 2016 was around 70%, but the researchers concluded that some of the increase was due to demographic and economic factors.

Lead author Jason Lindo is an economics professor at Texas A&M who has sometimes served as an expert witness in abortion litigation. He is not testifying in the Tennessee trial.

Asked why a 48-hour wait can push abortions back by weeks, Ashley Coffield, president and CEO of Planned Parenthood of Tennessee and North Mississippi, said it is simply a logistical challenge for many women.

Meanwhile, attorneys for Tennessee argue in court filings that the law "helps to ensure that abortion decisions are made knowingly, competently, and voluntarily."

They note that the U.S. the Supreme Court "has upheld reasonable regulations — including waiting periods — even where these regulations have made abortions more inconvenient and expensive."

And they argue that Tennessee's waiting period has made some women reconsider their decision to have an abortion.

"Since Tennessee's law was enacted, more than 2,000 women have declined to obtain abortions after completing their initial informed consent visits," they argue in court filings.

For more than a decade, Tennessee was an outlier in the South with little regulation on abortions. That was thanks to a 2000 state Supreme Court decision that found Tennessee's Constitution protected a woman's right to abortion. Activists who oppose abortion worked for years to change the Constitution's wording and finally succeeded in 2014.

The U.S. Supreme Court in 1992 upheld a 24-hour waiting period in Pennsylvania, establishing a standard by which most state challenges are judged. It requires courts to determine whether the restriction presents a substantial obstacle to abortion.

The 7th U.S. Circuit Court of Appeals last year ruled that an Indiana law requiring women to get an ultrasound at least 18 hours before an abortion did unduly burden women there. Indiana's 18-hour waiting period after counseling was not part of the challenge, but the court noted there were 17 clinics across the state that could provide counseling, while only four clinics had ultrasound machines. The court also noted that abortions were only performed on limited days in four clinics across the state.

The U.S. Supreme Court has not yet said whether it will hear an appeal.