Until the Supreme Court decision made Monday, it was legal in Tennessee to fire someone someone for being gay, bisexual or transgender. 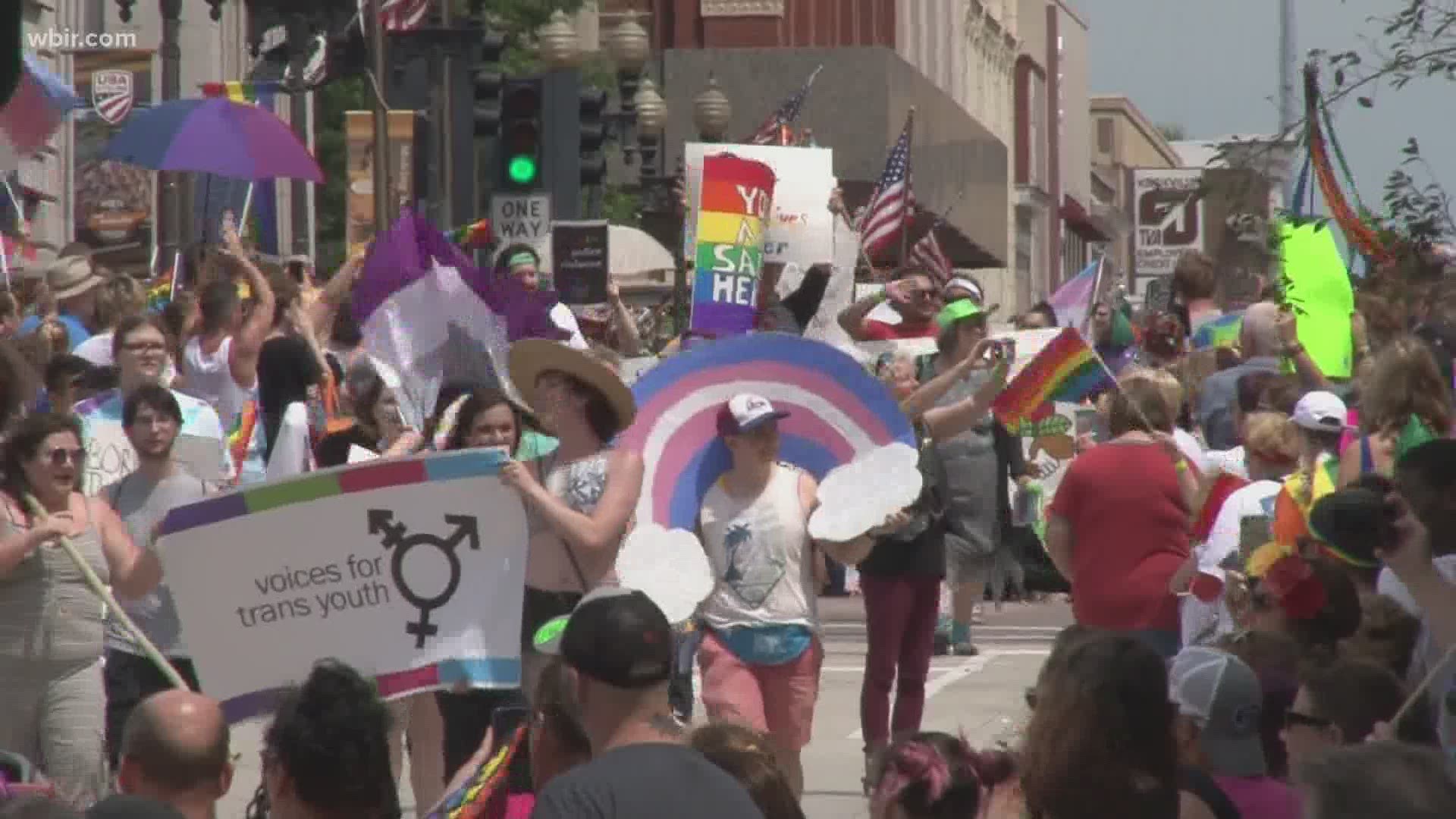 KNOXVILLE, Tenn. — It's Pride month, five years since gay marriage was legalized, and now LGBTQ+ people are celebrating another legal step toward equality.

The high court ruled employers cannot discriminate against workers based on sexual orientation or gender status.

The 6-3 majority noted a key provision in the Civil Rights Act of 1964 was bias against gay, lesbian and transgender workers.

Activists call it a win for more than 8 million American workers.

"This ruling is extremely important because it actually empowers people of the LGBTQ+ community to be able to work in their places of business without the fear of being fired for just being who they are," said Knox Pride Vice President Victoria Scott.

She said workplace discrimination and job loss is a real fear for many.

"Even though we were allowed to have the right to marry, even being able to do that, if that were to have gotten out at work and someone didn't approve then they could have found a reason to fire you," said Scott.

UT graduate and trans woman Hera Jay Brown said this legislation is good, but not enough.

"It can be a win at the same time but it's not the end point," she said. "I want trans existences to exist beyond the labor that we can produce and the capital that we can reproduce through marriage"

Brown, a white woman and the first female transgender Rhodes Scholar, said she reflected on fellow Rhodes Scholar Leanne Ho's observation noting it isn't a coincidence that the first LGBTQ+ rulings from the Supreme Court concern marriage and labor.

Brown knows she has more privilege than others in the trans community, and wants equality for all who don't feel it.

"There has to be a tangible material transition of wealth, of power and of resources to our most vulnerable communities," she said.

Even with the support from Knoxville Mayor Indya Kincannon, Brown thinks Knoxville has work to do supporting all minority communities.

She cites the Knox County Sheriff's Office renewal of the controversial 287(g) program that allows deputies to act on behalf of ICE last summer, and a white nationalist speaking event on UT's campus in 2018.

RELATED: You Are Not Alone: Coming out

Scott said Knoxville's LGBTQ+ community is grateful that many local businesses support them.

But both women said the law has a long way to go to fully accept the LGBTQ+ community.

They said they need the support of allies to make real change.

"What we really want is to be heard and to be understood as a human," said Scott.

Brown suggests the following resources for allies who want to do more:

A Guide to Being an Ally to Transgender and Nonbinary Youth