The apology came after sexually explicit text messages sent between Speaker Glen Casada and his former chief of staff Cade Cothren became public and Cothren resigned as other allegations were also leveled against him. 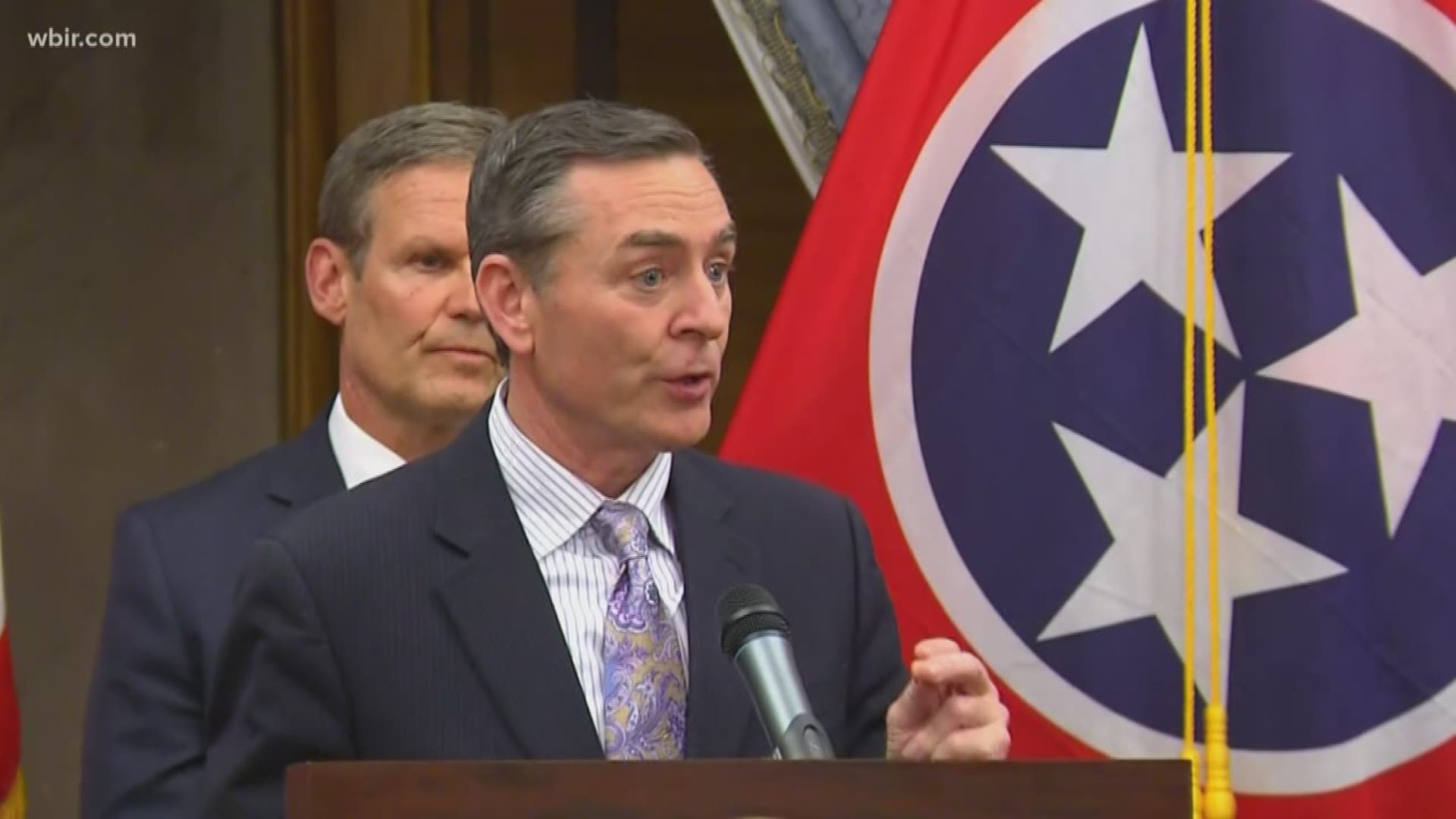 NASHVILLE, Tennessee — Tennessee Speaker of the House Glen Casada issued a statement to apologize for inappropriate text messages by him and his former Chief of Staff, and he condemned the content of those messages:

"I take complete ownership over the text messages with inappropriate comments about women that I exchanged with my former Chief of Staff and another individual several years ago. It's embarrassing and humbling to have it displayed in this manner. I apologize and hope that my friends, family, colleagues, and constituents find a way to forgive me for it because it is not the person I am and it hasn't been the way I have conducted myself as Speaker.

"I'd also like to take the time to express my sincere disappointment for the myriad of other messages between my former Chief of Staff and another individual that have surfaced which included racial slurs, drug use, and various other inappropriate comments. I condemn them in their entirety and I do not tolerate that type of behavior as an elected official or as a human being."

Tennessee Speaker of the House Glen Casada asked House Republicans for their forgiveness and fielded questions during a caucus conference call Wednesday, a representative on the call told 10News.

It did not appear he would offer his resignation or would resign, the representative said.

The call came after sexually explicit text messages sent between Casada and his former chief of staff Cade Cothren became public and Cothren resigned as other allegations were also leveled against him.

Casada described the lewd conversations about women as "locker room talk" between adult men while talking to a Nashville radio station on Tuesday, but other General Assembly members did not appear to see it that way.

Knoxville Republican Representative Bill Dunn told 10News, “Yesterday [Tuesday], in a private phone call, I shared with the Speaker that I thought he should step down," Dunn wrote. "I have not directed any member on what action or position they should take.”

In a phone interview with 10News, State Sen. Becky Duncan Massey, R-Knoxville, said she “doesn’t see how Speaker Casada can continue to serve” and that she is “disappointed” in his actions, which she called “inappropriate” and “outright wrong."

State Rep. Jason Zachary, R-Knoxville, issued a statement saying he was also concerned about the behavior.

“I’m disturbed by what I have heard and read over the the last few days," the statement read. "As elected officials, we are held to higher standards in all aspects of our lives and what people have heard and read over the last few days are not reflective of the men and women I serve with in the House of Representatives. I don’t know how we move forward knowing what we now know but I’m going to reserve final judgement until we have all the facts.”

State Sen. Richard Briggs, R-Knoxville, stopped short of calling on Casada to resign, but said he was disappointed in what has come to light in an interview with 10News.

"I find it unacceptable and we should not accept the fact that there was drug use going on in the state capital, that there have been very derogatory comments made about women, very derogatory comments made about minorities, and I find that completely unacceptable," said Briggs. "This has been going on for several years and it wasn’t something that just slipped out inadvertently that you could forgive."

"I think Speaker Casada should resign. As far as I’m concerned, both as the speaker and as a representative," said Johnson. "It’s not ok. None of this is ok. Trying to normalize it is disgusting."

In a series of tweets, Republican Lt. Governor Randy McNally from Oak Ridge said, “Senate leadership and I are greatly disappointed by the inappropriate actions and attitudes revealed in recent news reports. Every person who interacts with the state legislature should be treated with the utmost respect. It's deeply troubling some have fallen short of this standard. TNeans expect and deserve better from those who serve the public trust. @tnsenate leadership is united in our commitment that members & staff continue to uphold the standard TNeans demand of their public officials.”

10News will continue to update this story as we receive more information and more comments from legislators.