The state's finance commissioner said it was "planning for the worst and hoping for the best." 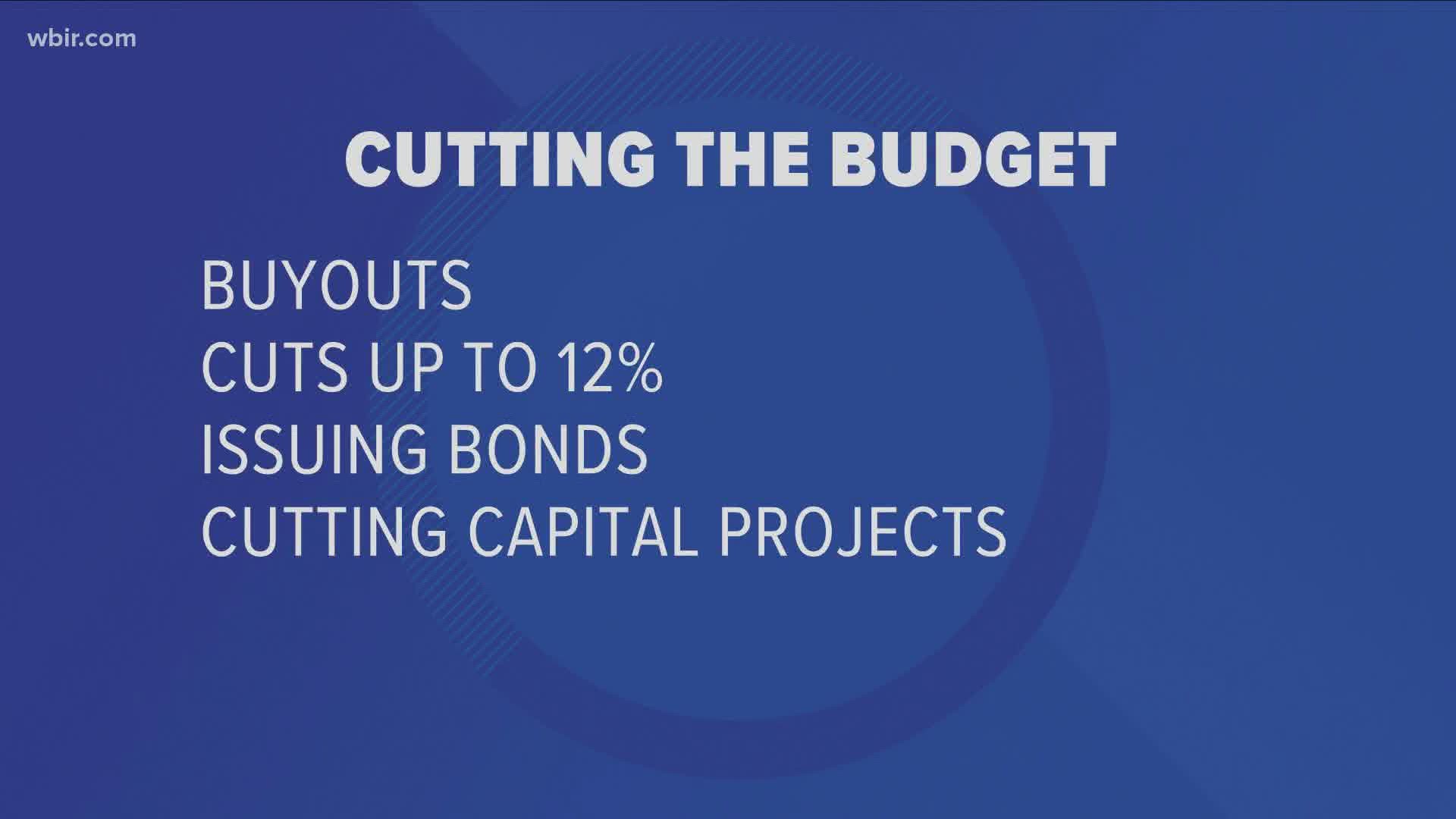 The Tennessee Senate has passed a revised state budget Thursday that called for cutting funding by another $284 million and use millions in reserve funds to help make up for an expected $1 billion shortfall.

"Our tradition of strong fiscal discipline has prepared us to weather this disruption better than any state in the union. That fiscal discipline continues today. I am proud of the budget we have passed and appreciate the work all of our members have done to keep Tennessee strong," he said.

“We’re adjusting to the immediate impact of the pandemic on state revenues of up to $1.5 billion through the end of the next fiscal year, planning for the worst and hoping for the best," Finance and Administration Commissioner Butch Eley said in a statement.

The state has been grappling with adjusting for sharp cuts in expected revenues, the fallout from widespread impacts due to the coronavirus crisis.

Tennessee actually is in better financial shape than many other states, economists say, holding reserve funds that total some $4 billion.

As the state wraps up the current 2019-20 budget, it also had to address a pressing $500 million deficit. Effects from the virus began to take hold in March as COVID-19 spread across the state and the economy faced a violent slowdown.

A number of strategies would be unemployed to cut Lee's budget. They include:

*The state will seek buyouts to cut the workforce over the next two years.

*It'll seek "efficiencies" of up to 12 percent in all departments.

*It'll borrow money by issuing bonds rather than pay cash for some existing capital projects.

For example, some $36 million in building improvements would be scrubbed at University of Tennessee System campuses including two planned projects at UT Knoxville totaling about $11 million.

Maintenance at some state facilities also will be eliminated, such as a $6.3 million waterline replacement project at Norris Dam State Park.

In March, lawmakers hurriedly passed a roughly $40 billion 2020-21 budget before recessing, knowing they would have to come back in June to make further cuts. At that time they cut Lee's proposed budget, offered earlier in the year, by nearly $400 million.

The state relies on multiple revenue sources to operate and provide services including sales taxes and gasoline taxes. Many streams are down sharply, forcing both state and local budget adjustments for the current and upcoming year.

In announcing the cuts Thursday, the Finance Department also said it would continue to pay fully for some programs and operations, including the Basic Education Program that helps K-12 public schools.

The state said it would continue to fully fund the state employee pension fund,  payments for employee health insurance and debt service on bonds.

Overall, state economists suspect it'll take at least three to five years for the state economy to recover, if not longer.