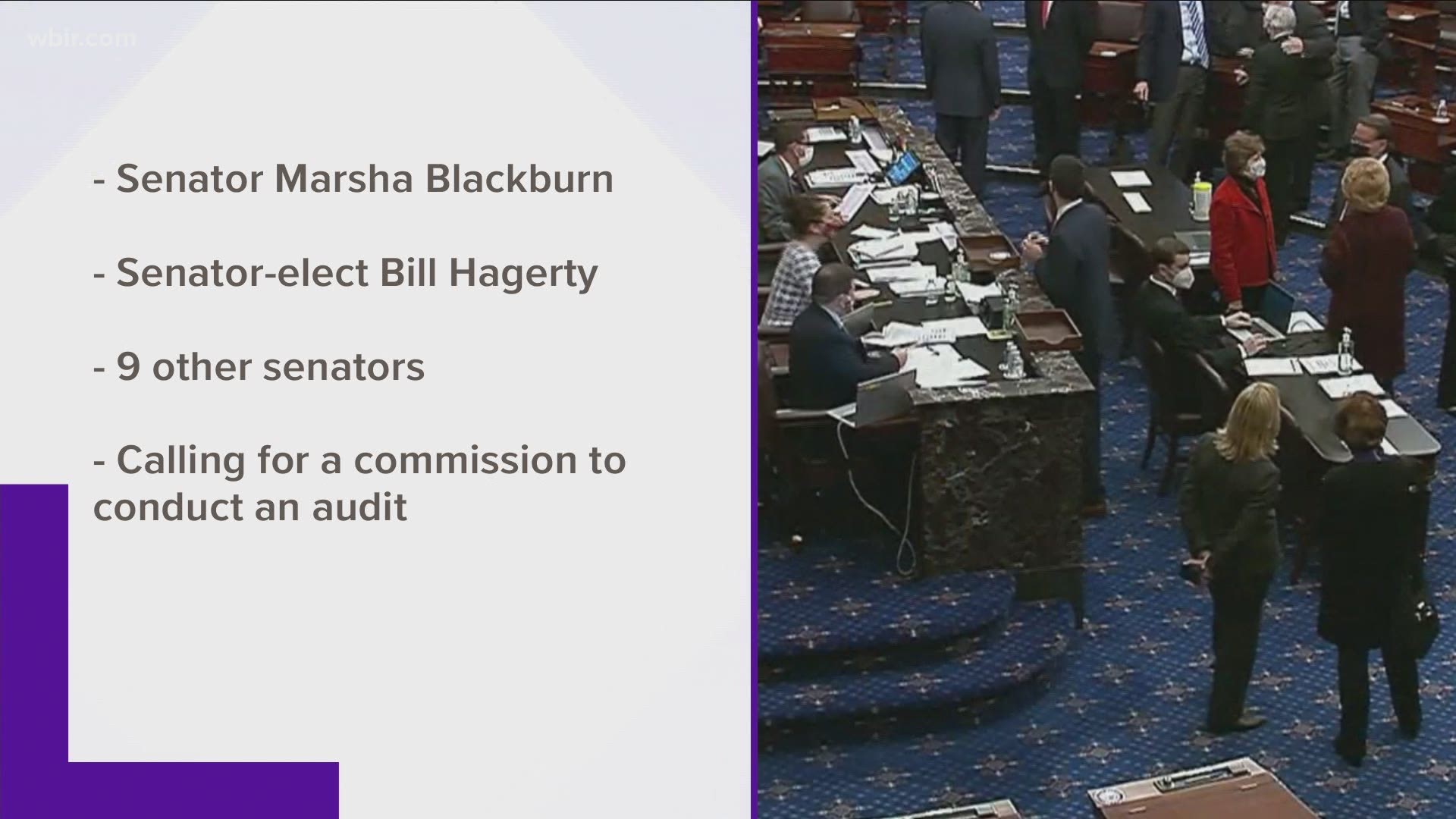 TENNESSEE, USA — Tennessee Senator Marsha Blackburn and Senator-elect Bill Hagerty are among the lawmakers saying they will vote to oppose the results of the electoral college.

Nine other senators and senators-elect, led by Ted Cruz of Texas, said they will vote against certain state electors unless Congress appoints an electoral commission to immediately conduct an audit of the election results. They acknowledged they are unlikely to change the results of the election.

About 50 lawsuits have been filed, but nearly all of them have been dismissed or dropped, including twice by the Supreme Court.

Several nonpartisan elected officials have said there is no evidence of fraud, including former Attorney General Bill Barr who said he saw no reason to appoint a special counsel.