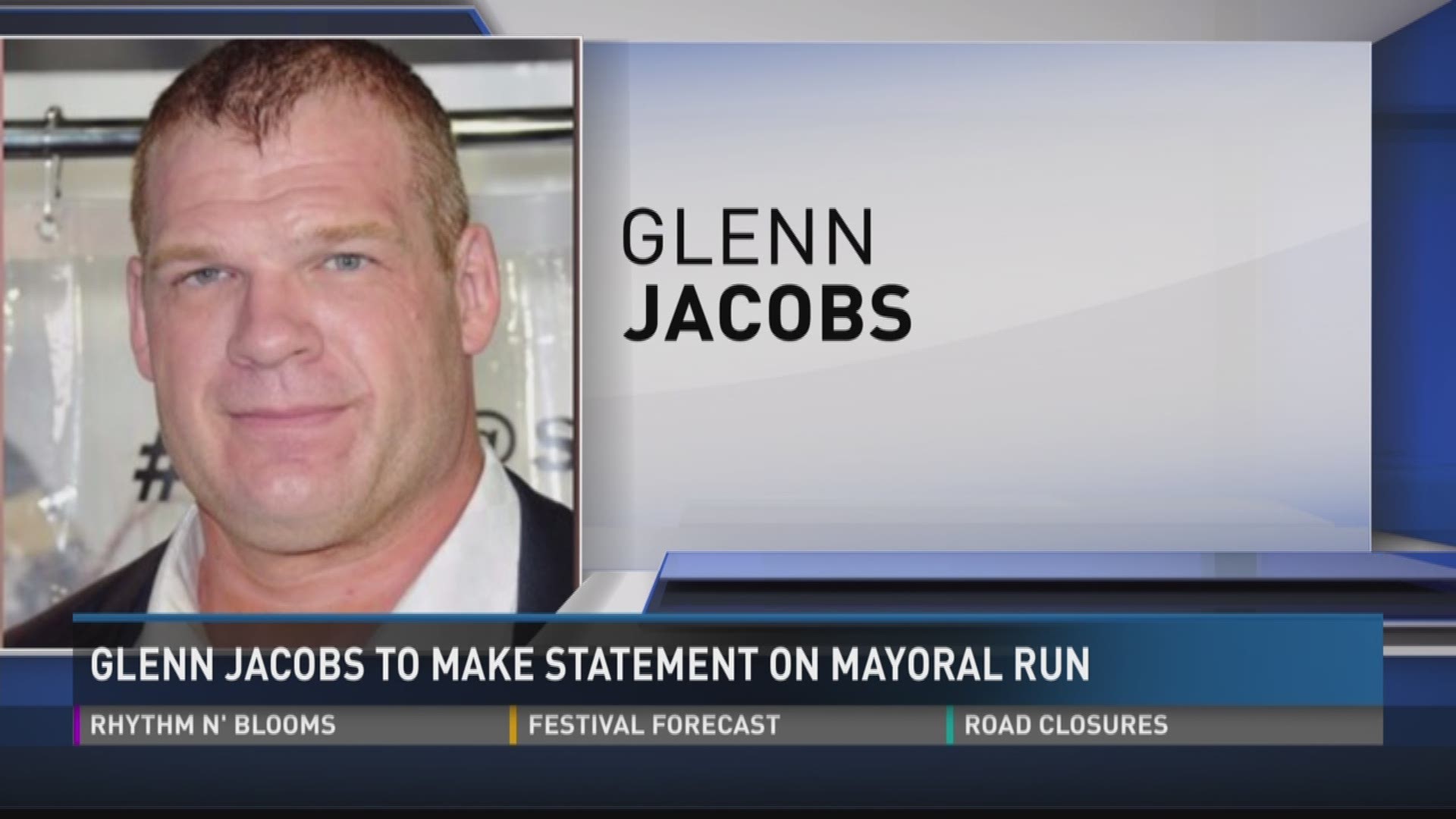 Jacobs, 49, made the announcement at Sweet P’s in South Knox County.

The news comes one day after Knox County Sheriff Jimmy "J.J." Jones unveiled he appointed a treasurer for his potential mayoral run.

Tuesday's announcement from Jacobs doesn't come as much of a surprise. Last month, he appointed a treasurer for the 2018 Knox County race, a required step for candidates seeking office in the county.

Jacobs indicated on the form he's a Republican.

Jacobs operates Jacobs Insurance Associates in Halls. Jacobs and his wife, Crystal, have lived in East Tennessee since 1995, and moved to Knoxville several years ago.

In the wrestling world, Jacobs is better known as Kane, the 7-foot, 300-pound “Big Red Machine,” sometimes a masked villain and oftentimes a fan favorite. Kane has spent almost 25 years fighting in the world of professional wrestling, mostly under the World Wrestling Entertainment umbrella.

The election is May 1, 2018. Candidates must file a nominating petition, which is due in November for the county election cycle.