The Morristown West High School and Stanford Law School graduate participated in a law clinic that worked on a landmark decision protecting LGBTQ+ plus employees. 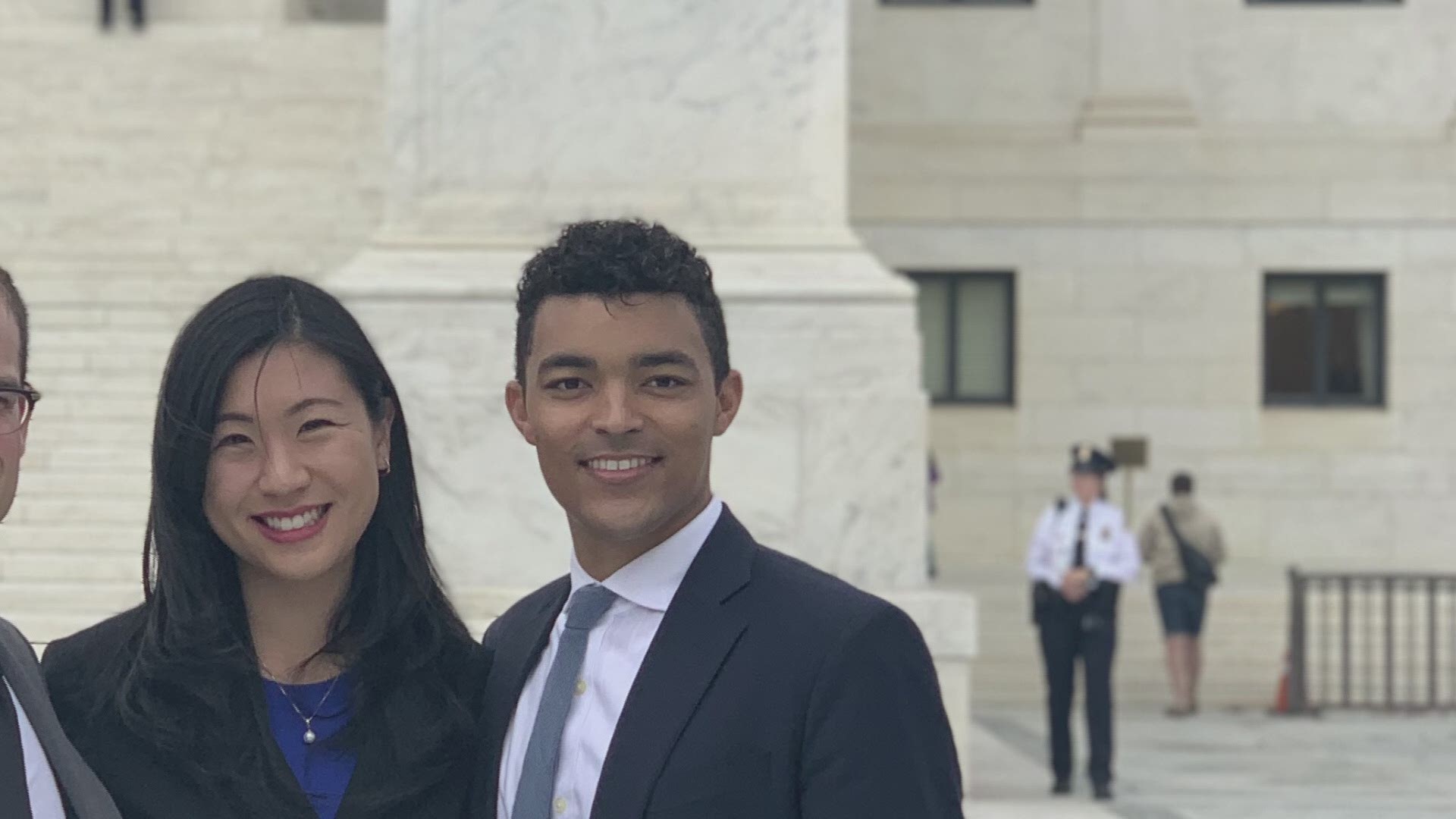 MORRISTOWN, Tenn. — Tyler Bishop was originally born in Houston, but soon East Tennessee would become home. He lived in Tennessee for part of middle and high school, eventually graduating from Morristown West High School in 2011.

He then headed to Vanderbilt University and Standford Law School to work on a monumental United States Supreme Court case.

"So, it was part of Stanford law school's supreme court clinic," Bishop said. "I was a student who got to help on a case called Altitude Express Inc. v. Zarda."

It was one of many cases he said lead to a major decision, reaffirming a 1964 civil rights ruling.

"Title VII does protect lesbian, gay, transgender and queer employees from being fired for that," he said. "I met with clients, I helped draft the briefs that were filed with the supreme court, I helped prepare Pam Karlan for the oral argument before the Supreme Court."

The result was a 6-3 ruling in favor of Bishop's team and LGBTQ+ rights.

"I've never felt anything like it," Bishop said. "It was a rush. It was really reaffirming and it sent a message to the LGBTQ community that their concerns, their arguments will be heard in the courts as our system of justice demands."

Bishop just graduated from Standford Law and now has a new job with a voting rights firm.

"I decided to take the tools I learned in law school and apply it to a space that is really near and dear to my heart," Bishop said.

However, no matter how far he goes, East Tennessee is still on his heart.

"I'm back in East Tennessee all the time and every time I'm back there I see so many faces that I know and so many people doing amazing things and it reminds me to always go back to where you come from," he said. "I hope people in East Tennessee see they can be a part of change at home but also elsewhere."