These days just getting around is a challenge for Ray. 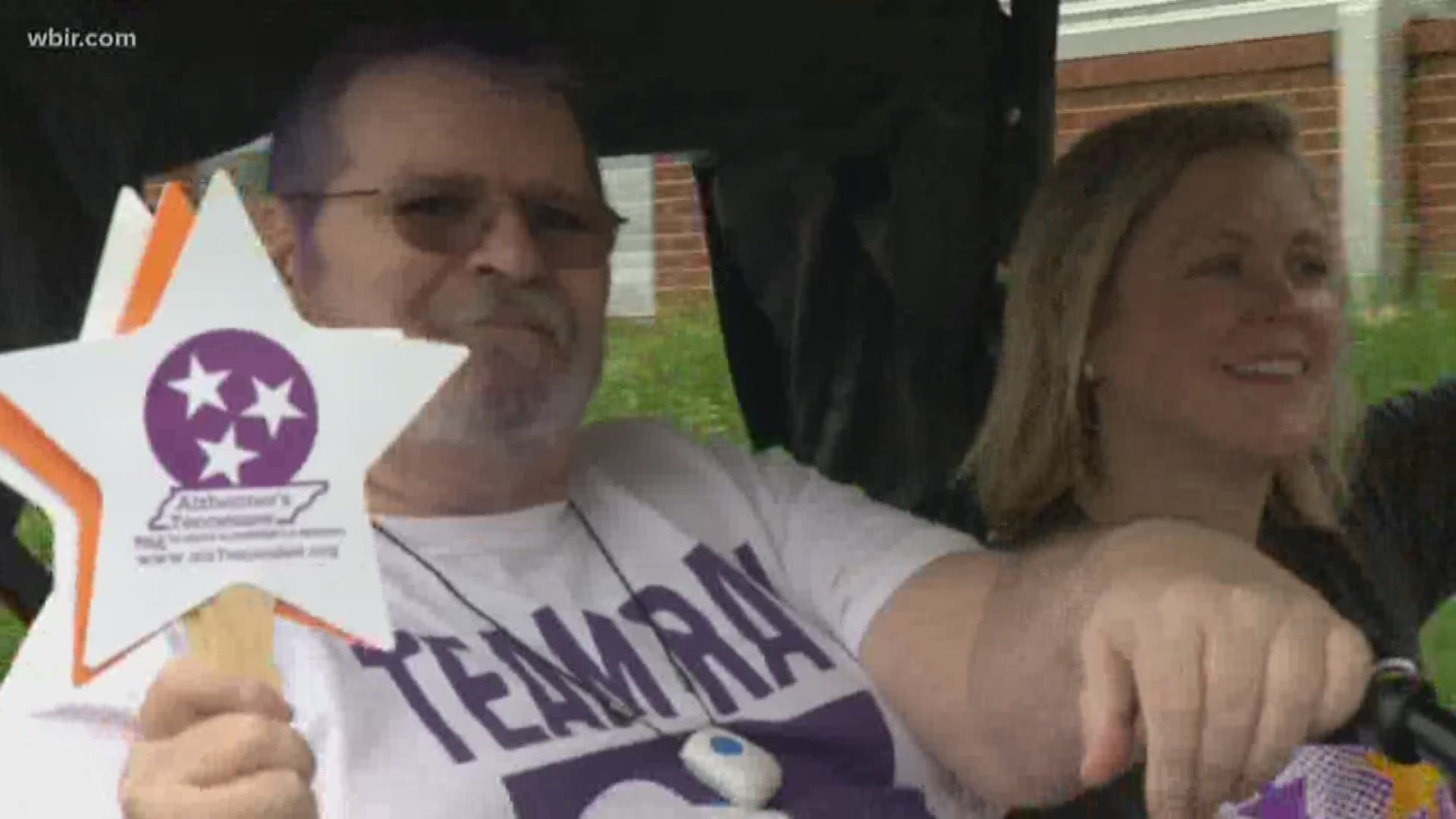 KNOXVILLE, Tenn. — Ray Dedrick wasn’t about to miss this year’s Alzheimer’s Walk, even though he had to hitch a ride on a golf cart.

It’s been five years since Ray was diagnosed with the disease that’s slowly robbing him of his memory and eventually his life. But he and his wife Tee make light of it. It’s a way to cope.

These days just getting around is a challenge for Ray. Falls are the biggest concern especially when he’s home alone while Tee is at work.

“He had fallen. He was down for four hours because he couldn’t get back up and nobody was home.”

Now, Ray wears a monitoring device. The security service can detect if he falls.

Since we spoke with the Dedrick’s last year, the disease has progressed.

Ray said he doesn’t deal with it well at times. “I won’t let the family see I’m not dealing with it well.”

Tee said Ray has started to forget the grandchildren’s names and has a hard time searching for the right words.

Last year Ray’s neurologist, Dr. Timothy Braden said Ray was in the mild to early- moderate stage of Alzheimer’s. Now, Dr. Braden said he is in the moderate to advanced stage of the disease.

RELATED: A healthy lifestyle may offset genetic risk for Alzheimer's

There are seven stages of Alzheimer’s Disease, but Dr. Braden said you can generally break it down into three, mild, moderate and advanced.

“In the mild state, you would see some forgetfulness and some problems with word-finding and misplacing items,” said Braden.

He said, in the moderate stage, patients can experience disorientation and problems with awareness of people they are close to like grandchildren and siblings.

RELATED: Scientists close in on blood test for Alzheimer's

Late-stage Alzheimer’s can bring about the development of illusions, hallucinations, false beliefs and fear or irrational behavior, Braden said.

Ray and Tee know what’s to come, It’s inevitable. Still, they refuse to give up hope.

“I can’t believe how close in five years we’ve come to getting on the right path to finding a cure for this,” said Tee. “I believe that the first survivor is alive today. I believe that.”