The lawsuit cites an interview with a television station in which Windle called Lagan a "thief" who came to Tennessee to take employees' money and "cheat them." 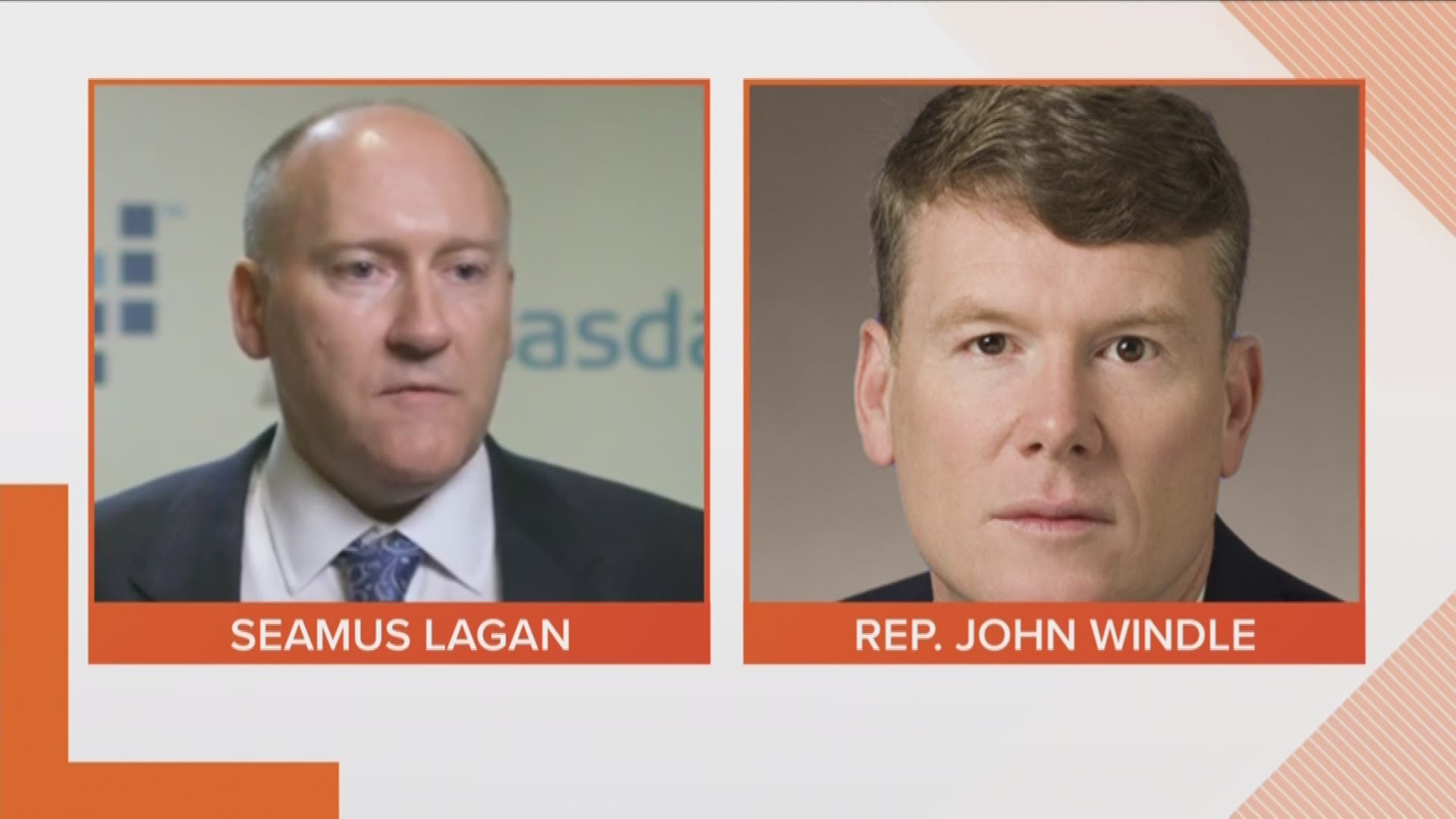 KNOXVILLE, Tenn. — The CEO of troubled healthcare company Rennova Health has sued an East Tennessee lawmaker for $100,000, alleging that he called him an "Irish gangster" in an interview with a Knoxville television station as part of a "malicious campaign" to destroy the "professional and personal life" of the executive.

Seamus Lagan, who court documents identify as a citizen of Northern Ireland living in the Bahamas, alleges in the suit filed in the Middle District of Tennessee federal court that Rep. John Mark Windle, D-Livingston, attacked him through numerous "derogatory and false" statements made to media outlets in the aftermath of the closure of Rennova's Jamestown Regional Medical Center.

The hospital, the only one in Fentress County, closed in mid-June after the Federal Centers for Medicare and Medicaid Services stopped paying for Medicare patients to be treated there because the hospital was not compliant with program standards.

In a series of investigative reports, 10News has detailed supply shortages at the hospital before it closed, uncovered hundreds of thousands of dollars in federal tax liens due and reported some employees' claims that the Florida-based Rennova failed to pay paycheck withholdings to the IRS.

In the federal court lawsuit, Lagan said he never served as CEO of the Jamestown Regional Medical Center so "it cannot be said he 'mismanaged' the facility." The suit also said Lagan never personally failed to pay any state or federal taxes.

The lawsuit cites an interview with a television station in which Windle called Lagan a "thief" who came to Tennessee to take employees' money and "cheat them." The suit claims Windle called for Lagan's prosecution after he "cheated employees."

Since Windle's statements, the lawsuit said Lagan has received social media messages that have "upset him greatly."

The lawsuit claims reputational and professional harm in addition to "extreme mental anguish and emotional distress" and seeks at least $100,000 in damages.

“The people of Fentress County and the Cumberland Plateau deserve a well-run hospital filled with doctors and nurses that provide excellent care and I’m not going to stop fighting for that," Windle said.