The report also states women are twice as likely to make minimum wage than men. 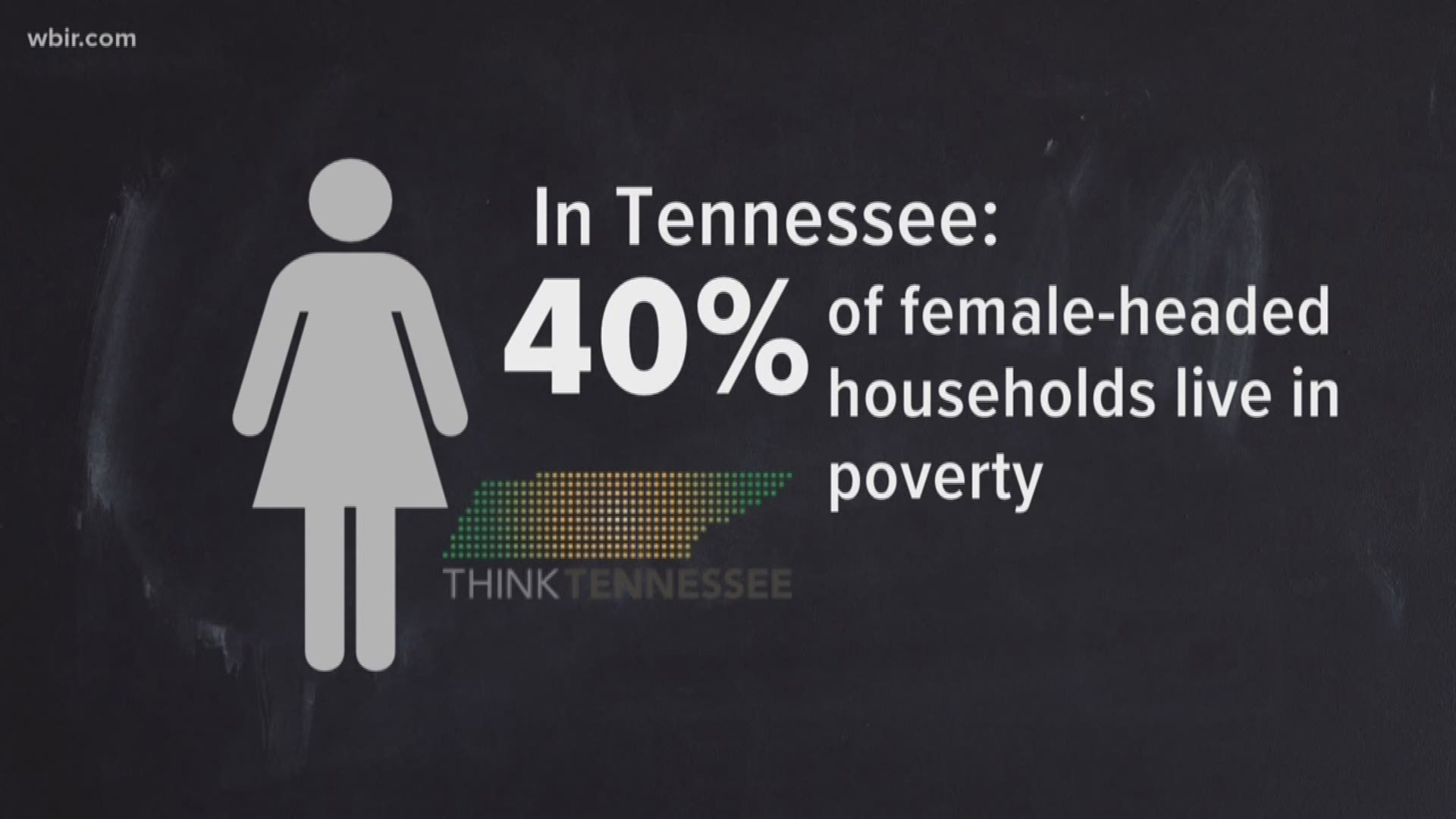 KNOXVILLE, Tenn. — Think Tennessee and A Better Balance released a report Tuesday on the state of working women in Tennessee and the findings paint an extremely detailed picture.

"More of our female heads of households are living in poverty than most families across the country," Think Tennessee president Shanna Hughey said.

She said the biggest issue is women supporting families both statewide and nationally carry a heavy load.

"There's a lot that goes into that but we really see with Tennessee families quality of life and also in the economic success of the whole state because, of course, when our families do better our state does better," she said.

Think Tennessee is a non-partisan think-tank out of Nashville. Statewide it found more than 40 percent of female-headed families live in poverty.

"Moms here are being forced to make some really tough choices," she said.

But Hughey said how much moms make compared to dads plays a huge part, too.

"The average mom makes 72 cents to the average dollar dads make," she said.

To take it further she said you also have to look at how much it costs to support kids and it may be more than you think.

"The average income of the household is $12,000 or less and a lot of them are single parents," she said.

While the numbers are startling Mack said that doesn't mean parents aren't working hard to change their situation and with more help, she believes society can lessen the load for families nationwide.

"They are doing the best they can with the resources that they have available," Mack said.