A woman who has worked five years at a Copper Cellar restaurant alleges owner Mike Chase made unwanted comments to her at a table last month. 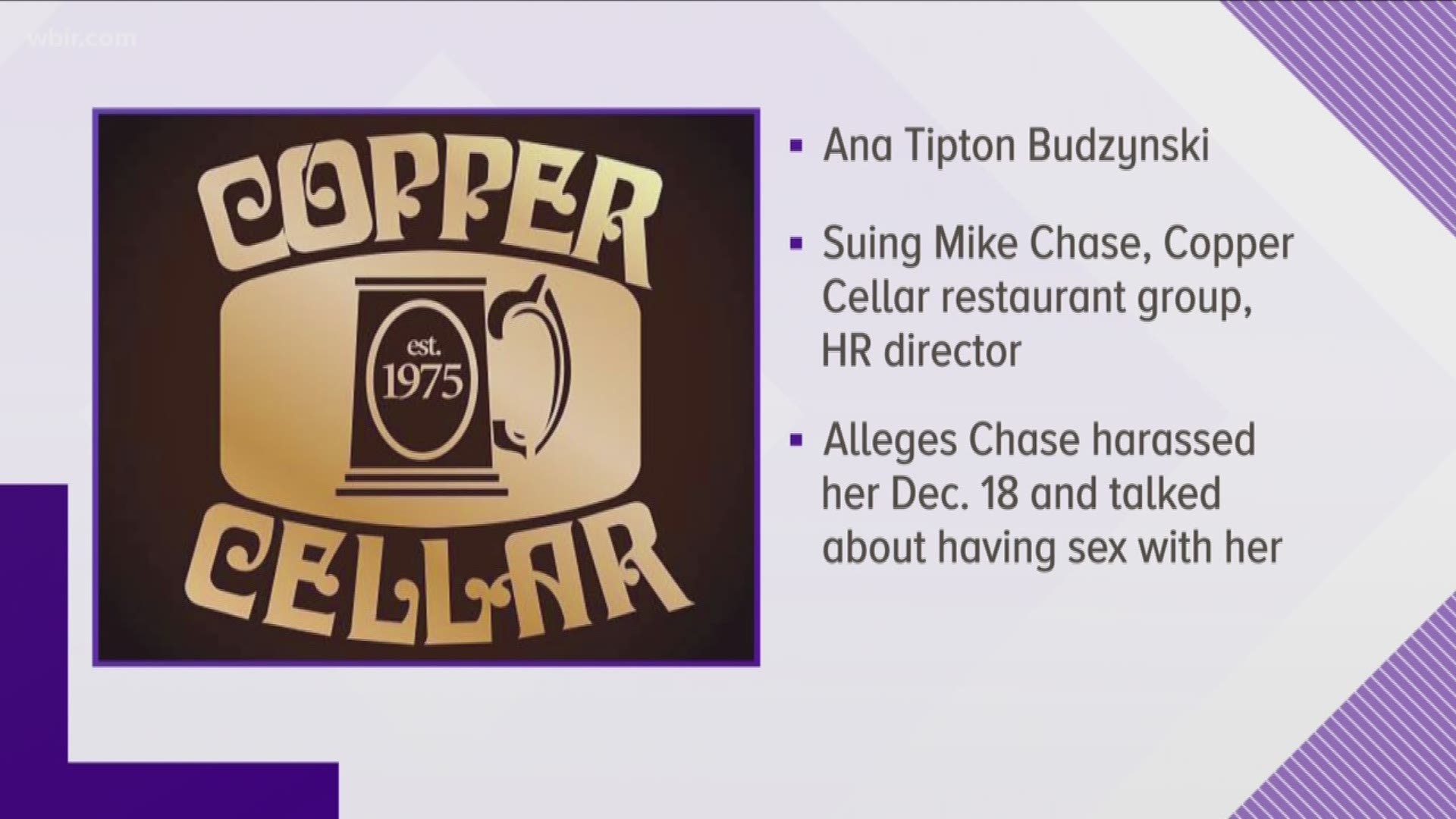 Knoxville restaurateur Mike Chase made unwanted sexual and derogatory comments to a five-year employee last month as she waited on his table, a Knox County Circuit Court lawsuit states.

Ana Tipton-Budzynski and husband Alexander Budzynski seek more than $10 million in the complaint filed this week. They name as defendants Chase, his Copper Cellar Corp. and Rick Eldridge, who is identified as human resources director.

Chase, 72, could not be reached for comment. He filed paperwork last year to be a candidate in 2019 for Knoxville mayor.

The incident is alleged to have happened Dec. 18 in the lounge of Copper Cellar West on Kingston Pike, the lawsuit states.

Ana Budzynski had worked there five years. She alleges Chase had harassed her in the past.

Throughout the night as she provided wait service to the Chase table, he made unwanted remarks to her, according to the lawsuit. Comments included "We would have sex all day long" and "You are so beautiful."

She alleges Eldridge oversaw a sloppy, casual, in-house review of her complaint that offered no resolution to her complaint. She alleges her own father warned Copper Cellar management against trying to "sweep it under the rug."

The lawsuit states Eldridge pledged to work quickly to address her complaint but really did little. He wouldn't tell her how Chase would be held accountable, according to the lawsuit.

The discrimination lawsuit says Eldridge confirmed to her "the only outcome from the Copper Cellar was and would be the harasser (defendant Chase) had been asked to stay away from her and if he didn't there was nothing that could be done because 'He's the boss!'"

In addition to damages, the Budzynskis seek to make Copper Cellar more accountable for the way it handles harassment complaints.