"I had panic disorder and the way I dealt with it was running." 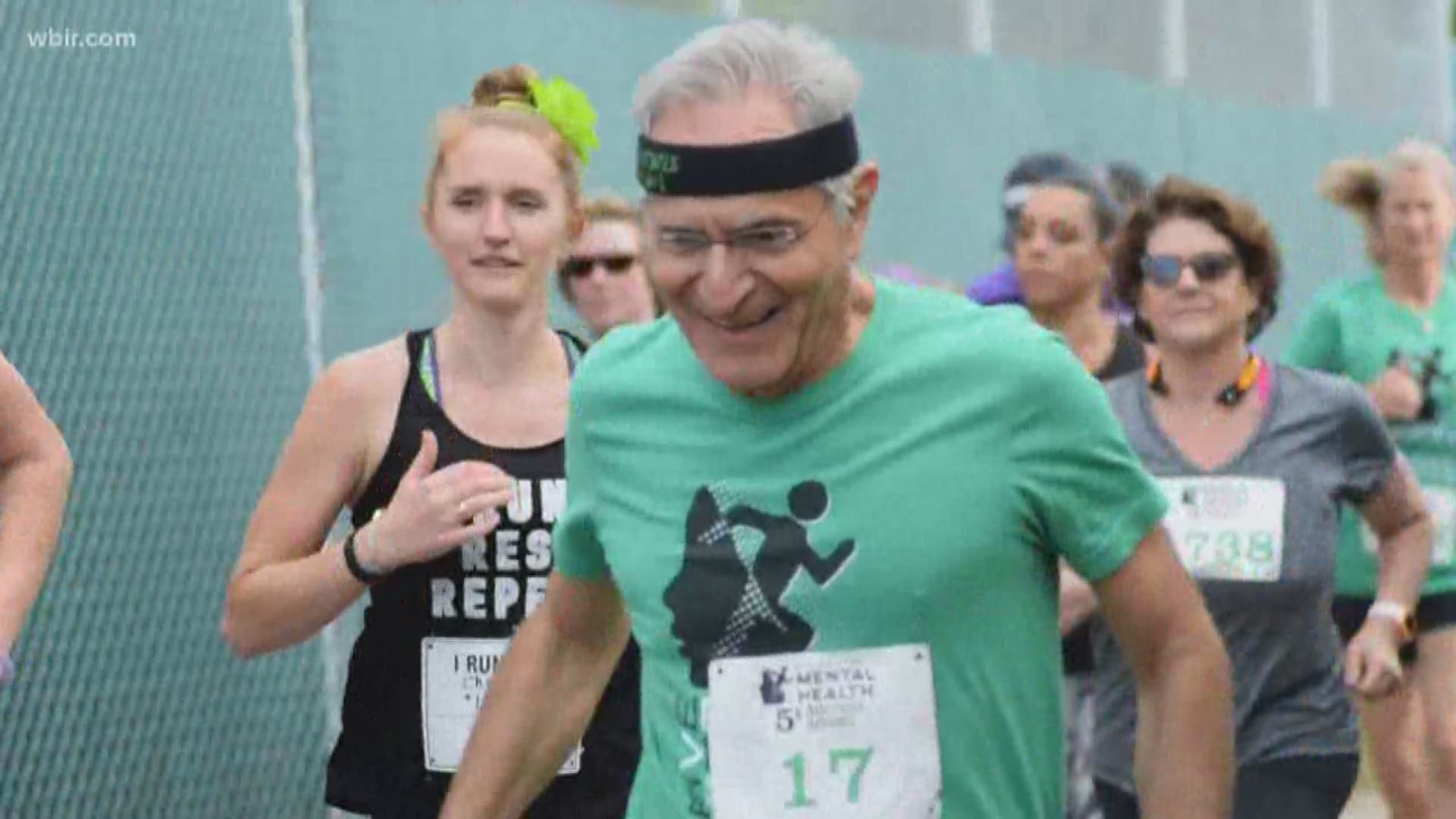 KNOXVILLE, Tenn. — A retired doctor has made it his mission to shine a light on mental health by traveling to every state in the U.S.

In each state, Adel Korkor hosts a group 5K run/walk known as the 'Five Fifty Fifty' for anyone who wants to join in.

Korkor is a retired kidney specialist from Wisconsin. It was his own battle with mental illness that sparked this movement.

"I had panic disorder and the way I dealt with it was running," Korkor said.

Korkor was in Knoxville Monday for the Tennessee leg of the series. He ran in Charlotte, N.C. on Sunday and will be in Little Rock, Ark. on Tuesday. He will continue to hold these up through the final run in his home state of Wisconsin on June 15. You can find a full schedule of each state here.

"I meet so many people and everyone here has a story to tell," Korkor said.

"We are running and walking for those who can't ask for help. We didn't realize she (Jessi) was suffering from depression or mental illness," Vaughn said.

Vaughn said you never know what's going on in someone's mind because she thought her daughter was happy.

"Nobody would have known it. She was the life of the party and everyone's best friend, but secretly she struggled and now she's gone," Vaughn said.

As for advice to other parents, Vaughn said to cherish every moment no matter what.

"I don't know what the advice would be except stay involved, don't stop being there and them know you're there," she said.

Knoxville, Tenn. was stop number 17. Organizers say this year three times as many people came out to run compared to last year.