Phil Hutcheson said he was fined and placed on a drug smuggler list after he was caught with CBD oil he takes for aches and pains. 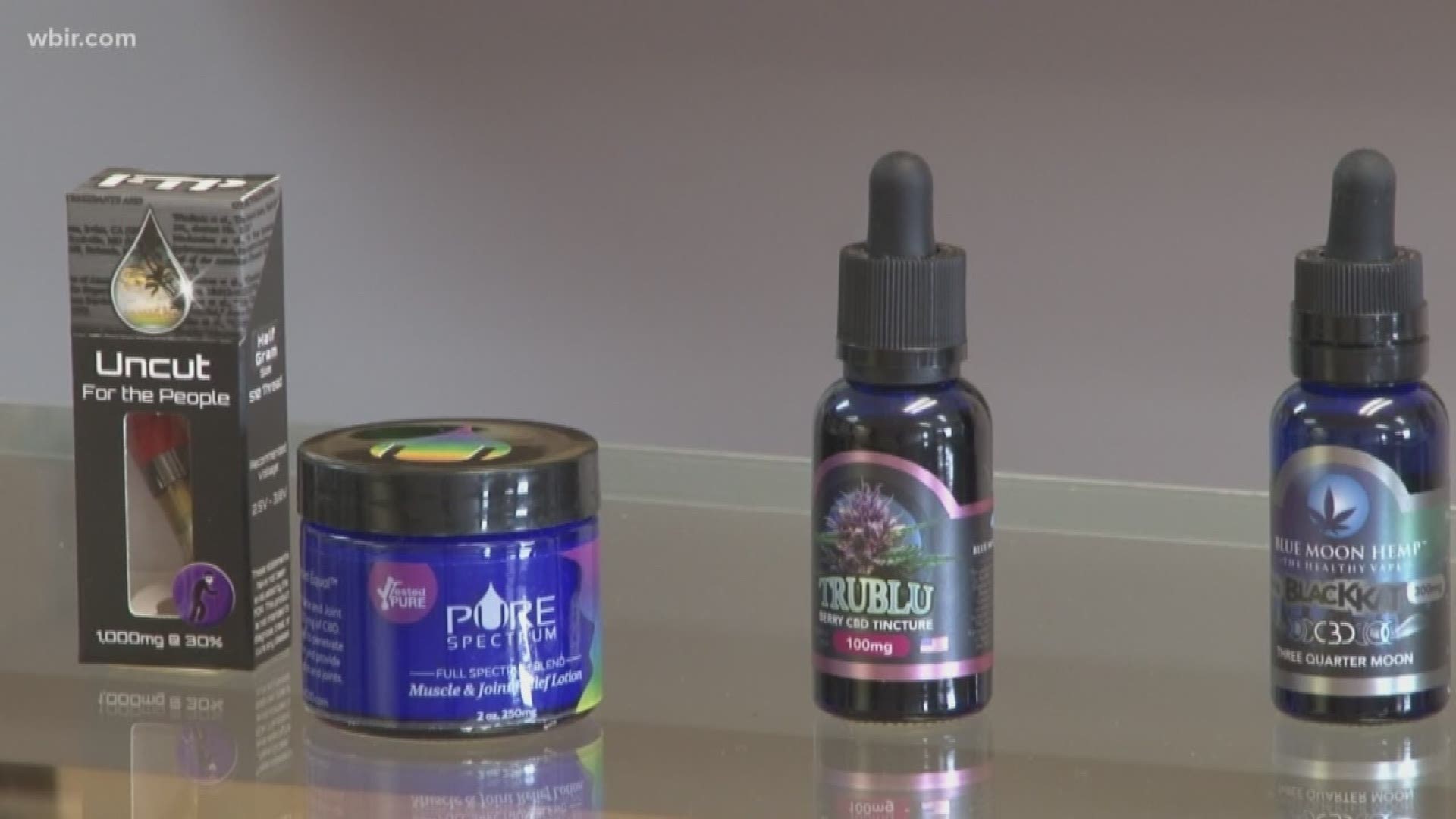 KNOXVILLE, Tenn. — Cannabinoid (CBD) oils are growing in popularity and many people use the oil as a natural way to help them with a variety of medical issues.

East Tennessee is noticing the boom, and CBD dispensaries can be found in several cities.

"We’ve been open about six or seven months and the response has been great," Austin Atwood, an employee at Pure Wellness CBD Dispensary in Lenoir City, said.

Phil Hutcheson is a contributor to the booming market. He takes CBD oil regularly to ease chronic pain.

With more and more ways to obtain CBD products in East Tennessee, experts recommend that you know what you're buying.

A frequent CBD oil buyer Hutcheson said he was taking something that was technically illegal and he got caught by law enforcement.

"I was very scared. I was scared when they took me out of line," Hutcheson said.

Hutcheson took his CBD oil on vacation to Costa Rica.

"I was told the product I had had no THC in it," he said.

When he got back to customs in the United States, a police dog smelled the CBD oil in his bag. Law enforcement immediately took him out of line leaving his wife behind. Officials tested the oil and it contained an illegal amount of THC.

At that point, Hutcheson could either go straight to jail or pay a fine.

"So, you pay the fine. Next time it will be a smuggling charge," Hutcheson said.

Nationwide, CBD products are legal as long as they are derived from hemp and the THC concentration is less than 0.3 percent.

RELATED: What is CBD oil? Does it work?

CBD oil comes from hemp. Hemp is not the same as marijuana although it is in the same plant family. Hemp has trace amounts of THC, so it won’t get you high.

Without government regulation, it’s hard to know for sure if the oil you get contains the legal amount. In Hutcheson's case, the oil he bought should’ve been illegal.

"Someone could tell you it has no THC and it’s just CBD oil, but you really don’t know," Hutcheson said.

Employees at Pure Wellness said they’re confident they’re CBD isolate products have zero THC. They recommend that if you buy anything online, be sure you know what you’re getting.

"There are labs if you want to get your oil tested," Austin Atwood said.

As for Hutcheson, he said he's still going to continue taking CBD oil.

"The risks don’t outweigh the benefits. It works for me," he said.

Hutcheson is now on a register of national smugglers and said that's pretty traumatic. If he makes this mistake again, he’ll have to pay $5,000 and have mandatory time in a penitentiary.