The attendees suit up, learn, and fight fires in the blazing heat. "There's no boy skills and girl skills, there's just the skills and you have to do them." 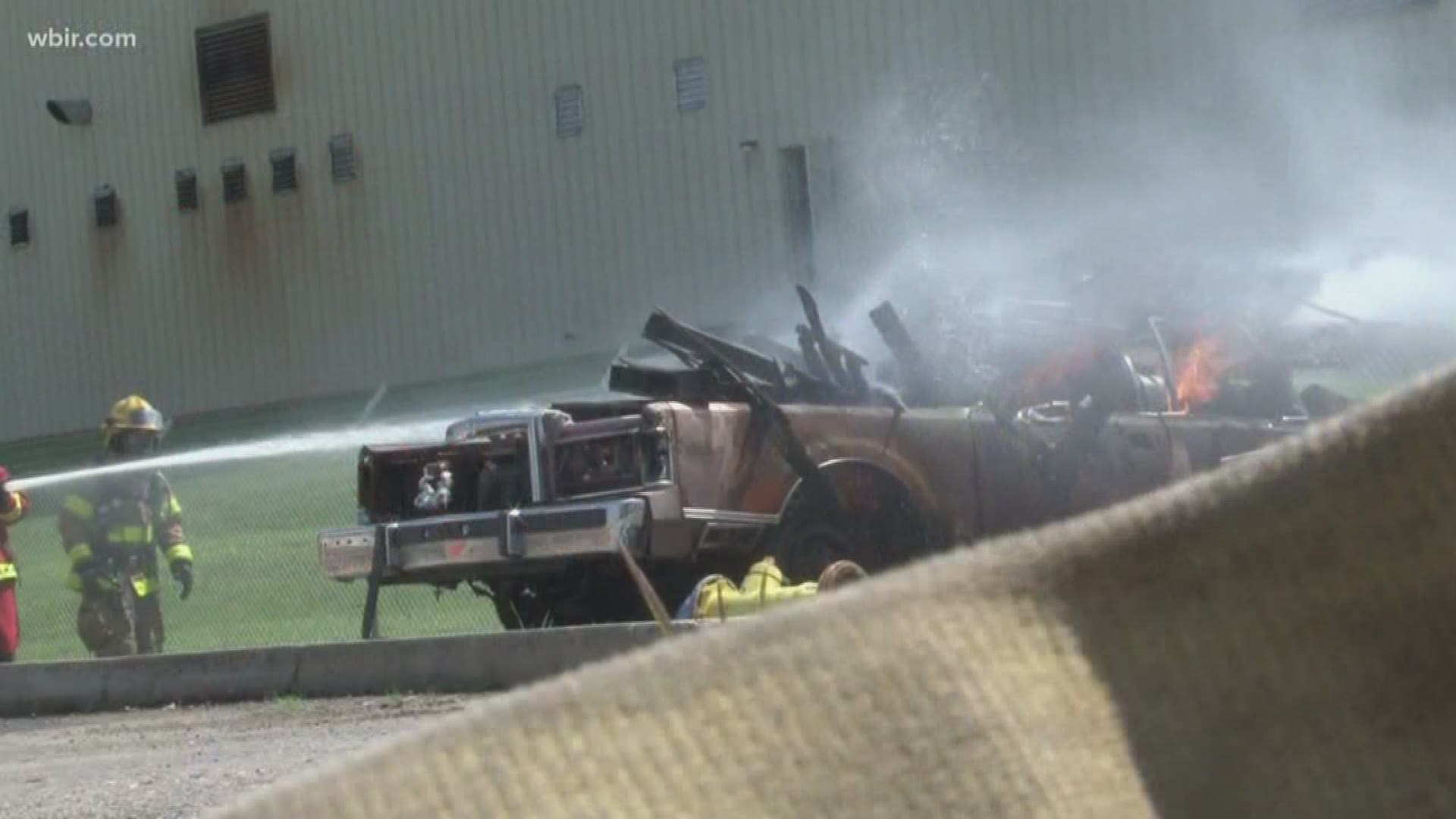 A dozen people took part in the girls' fire camp put on by Rural Metro this weekend.

Brooke Bratta is a firefighter and advanced EMT at Rural Metro and helped start the Girls Fire Camp four years ago as a way to get more women involved in the department.

"It is a lot of work, but it'll put you in shape," Bratta explained of the once-a-year camp. "That's for sure."

Over the years, women and men have come to train and do some of the same drills the students in the fire academy have to do.

The girls willingly put on pounds of gear in the heat to learn how to fight fires. They put on turnout gear and add a heavy pack on their back too.

Some of them do it because it's in their blood, like Zion Conley, a 15-year-old Hardin Valley Academy student.

"My dad is actually a captain," Conley said with pride. "And I've looked up to him for years and wanted to know what it was like to be in his shoes."

Others signed up because it lights a spark inside. Abbie Phelps is a 19-year-old college student who would do anything to fight fires.

"So I'm actually a college student in a small town in Berea" Phelps noted. "We have like one fire station. It drives past me all the time. And every time it does I just wanna drop out of college and become a firefighter honestly."

To them it's about a lot more than running drills to prepare for the fire academy, though.

And being a girl doesn't hold them back.

"But here it doesn't matter," Phelps said. "I've heard multiple guys be like oh I don't care if you're a girl. If you do your job, you do your job, and at the end of the day that's all that matters."

"It's empowering," Conley noted. "It's awesome being able to get up and feel like you can do the same thing."

"There's no boy skills and girl skills," Bratta assured. "There's just the skills and you have to do them."

People of all ages and genders are welcome to come try out the fire camp. Rural Metro says it will never turn away someone who is willing and able to be a firefighter.