Rural Metro: Tractor-trailer collides with train in Powell, no injuries

Rural Metro said no one was hurt after the crash and to use caution at the railroad intersection on Commerce Street at West Emory Road due to broken crossing lights. 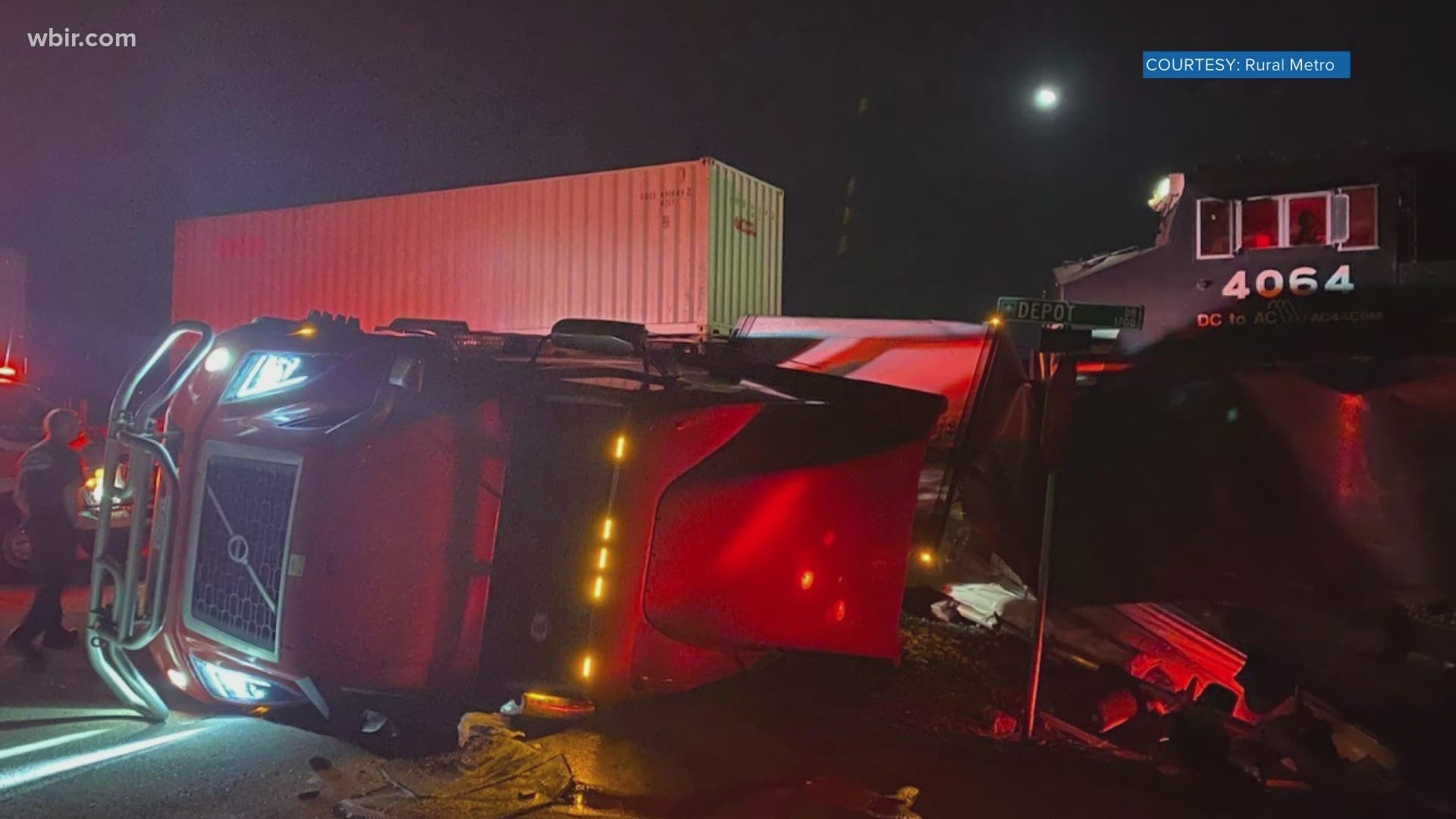 POWELL, Tenn. — Rural Metro Fire Department said there were no injuries after a tractor-trailer was hit by a train in Powell early Thursday morning.

Rural Metro responded to the crash around 1 a.m. at the railroad intersection on Commerce Street at West Emory Road.

When crews arrived they found the tractor-trailer had been hit on the tracks by the train.

The train was able to stop eventually, and the driver of the truck is not hurt, Rural Metro said.

Rural Metro said the truck was carrying flooring materials and it was not hazardous.

According to Rural Metro, the crossing lights were destroyed during the crash and they want to remind people to use caution at this crossing until repairs are made.