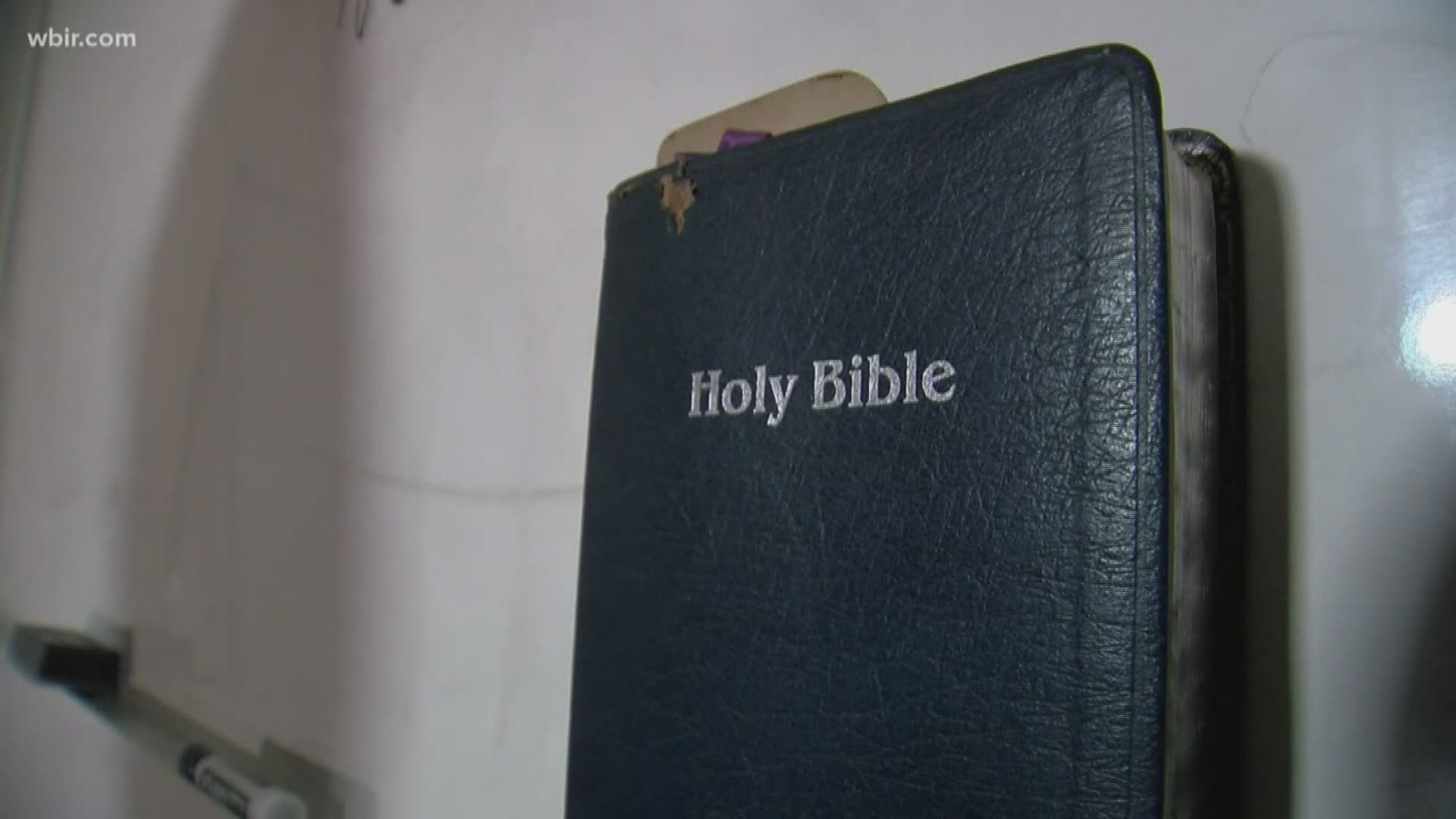 KNOXVILLE, Tenn. — A post circulating on Facebook is causing Knox County School parents to ask questions about the possibility of a Bible release program being implemented in the school system.

The post, published by the Satanic Children's Ministry of Knoxville reads:

"We are so proud to announce that pending the school board vote in November approving The Church at Sterchi Hill’s Bible Release Time program, Satanic Children's Ministry of Knoxville will be coming to your local elementary with our Satanic Release Program! For one hour once a month, your children can be released from their school to come learn about Baphomet!"

10News reached out to Knox County Schools for clarification on the post.

KCS board member Patti Bounds said that this semester the county started a pilot for a Bible Release Program.

The program is in partnership with the Elgin Foundation and The Church at Sterchi Hills. Each month, students can "opt-in" with parental permission to attend a one-hour bible class lead by the church. Instructors have been through background checks. Currently, because it is a pilot program, it is only at Sterchi Elementary school.

The program has to abide by many guidelines according to law, Tim Rogers, the Executive Director or the Elgin Foundation explained.

Opposers of the program argue it affects the children's scheduled learning time.

"It has to be by written parental request, it has to be off school property, and it cannot use any school funds," Rogers said.

This is not a new concept in Tennessee, Bounds said, that many other school districts across the state already have these programs in place.

Going forward, for the pilot program to become permanent, the board would need to discuss it at two readings before being passed.

Bounds said she has asked the school board law director to come up with a policy that will meet requirements under the Tennessee law.

Currently, it has not been written or discussed and will not be on the November agenda.

Bounds re-iterated that this is a program parents and students have a choice to participate in. While there are some opposed, Bounds said the majority of the response has been positive in the community.

According to a Facebook post shared by The Church at Sterchi Hills from Elgin employee Clark Stepp, there has been some negative feedback on the current program and addresses the post from the Satanic Children's Ministry of Knoxville, calling it "bogus".

He writes, "Sadly, but also to be expected, there is a vocal minority who stands against allowing parents to exercise this right. They are already busy writing letters to the school board, raising straw man arguments saying why this program should be shut down and why children at other schools in Knox County should not have the opportunity to attend a Bible release time classes. (In over 80 schools, we have never had a school that started this program and later decide that they should discontinue it). This minority has most recently started a fb page posing as a satanic children's ministry of Knoxville. This is another bogus scare tactic with intentions of convincing our school board to undermine the rights of parents and students in our communities. The truth is if there really was a satanic ministry or ministry of any other religion that wanted to have a release time program it is already legal to do so as long as parents request that their kids attend. We know that this simply would not be the case."

Senior Pastor at the Church at Sterchi Hills, Joel Dew, said the church was elated when Elgin proposed the partnership.

"We want to be a church that is actually the hands and feet of Jesus, and so it's an opportunity to serve, and like I say, we're honored to get to do it," Dew said. "Ultimately our goal is just to provide students with a Biblical world view."

Concern arose when the post from the Satanic Children's Ministry of Knoxville was published, raising the question if all religious groups would have a chance to participate as well.

The post reads: "We've been struggling to find the best way to kick off our Children's Ministry. We knew the key would be getting inside our local public schools but there was no way presenting our Satanic Release Program to the Knox Country School Board that we'd get approved on our own. We've been waiting patiently for another program to be introduced because once Knox County allows one religious organization to come into the schools with a release program, they have to let us all in!"

The Satanic Children's Ministry of Knoxville is not part of the current pilot program. It is unclear what local religious organization they are affiliated with, if any.

"Earlier this year, Sterchi Elementary was approached by the Elgin Foundation and The Church at Sterchi Hills about allowing its students to participate in release time during the school day to attend a Bible program at a local church. This is allowed by TCA 49-2-130, which outlines specific guidelines that must be followed. These include parental opt-in and not missing instructional class time. Prior to considering a policy regarding release time, members of the Board and the district opted to pilot a program at Sterchi through December."

10news has reached out to the Elgin Foundation and The Church at Sterchi Hills for more clarification on the pilot program.