Representative Rick Staples filed a bill this week asking for a deep dive into homicide data to work on how to address 'a great public health crisis.' 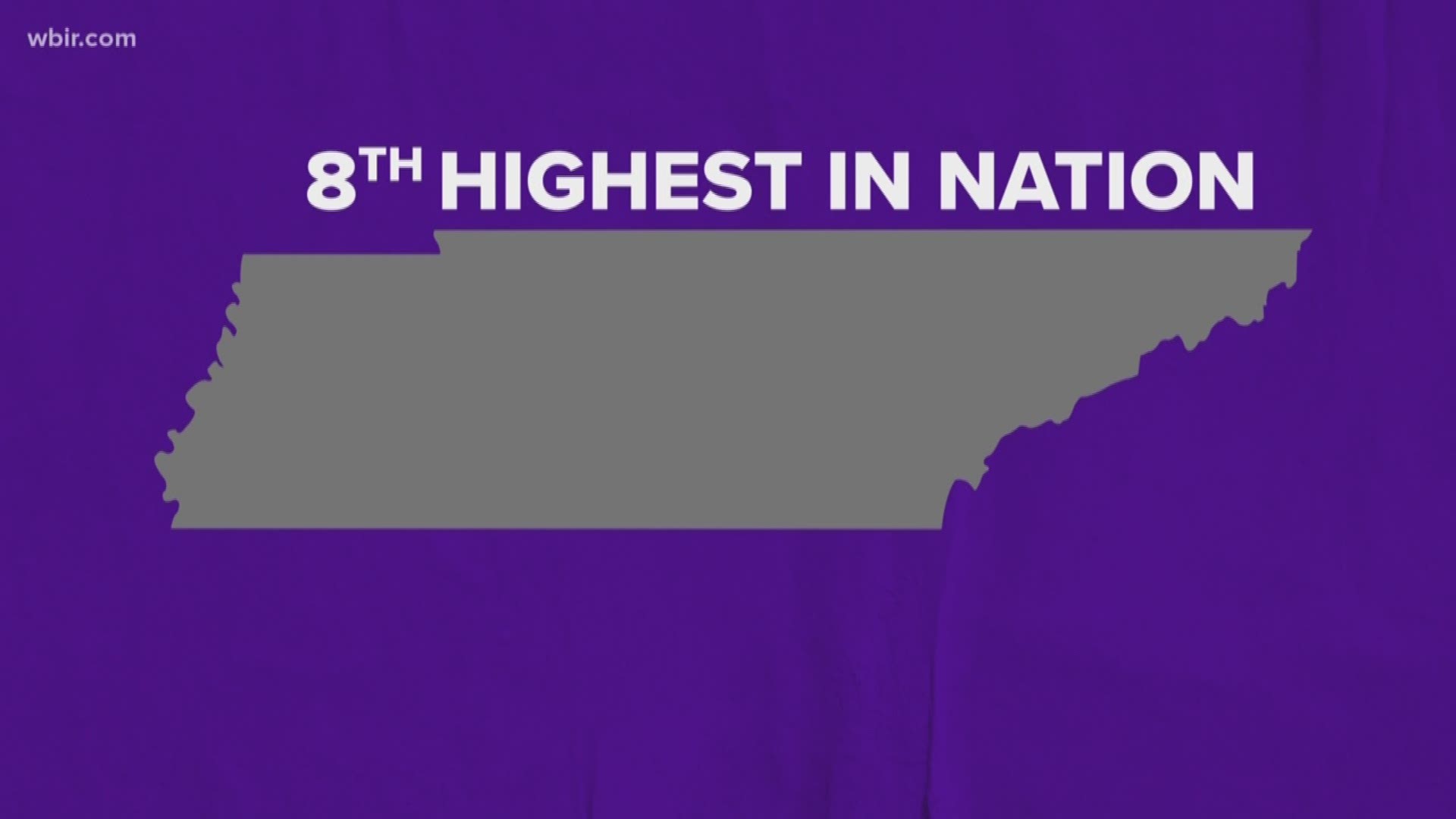 KNOXVILLE, Tenn. — Representative Rick Staples called on legislators to look at the data this week as a local organization works to combat African-American homicide rates in Tennessee and the U.S.

"This is a great public health crisis that affects us all," Staples said. "What I'm asking is for [the Tennessee Advisory Commission on Intergovernmental Relations] to study these numbers and for them to come back with a report."

According to the Violence Policy Center, African-Americans made up 13% of the population but accounted for 51% of homicide victims nationally in 2016.

"Is there legislation that needs to be passed, is there funding mechanisms or do we need to support and help institutions already addressing this issue," he said.

This is something city-lead organization Save our Sons is already working to address.

"Our main goal is to cut the homicide rates among black males in half by 2025," co-manager, Tatia Harris said.

Harris believes here in Knoxville, local groups are trying to break the issue down.

"It's more than setting goals, it's realizing what's the root cause," she said. "Mental health, lack of jobs, education gaps."

Through community work she said they've seen some success, but there is still a long road ahead, and for Save our Sons that initiative starts early.

"We're challenging the young people to be the change that they want to see," Harris said.

This is work Rep. Staples said he acknowledges.

"We probably need to do a better job of supporting those organizations," he said.

His proposed bill requests a study and report to be filed no later than January 2021, and if it passes he's hoping to see some movement.

"So we can act as a legislature in a corrective way," Staples said.