Most hemp farmers will sell their crops to a processor who then extracts the CBD oil for products. One family in Scott County decided to cut out the middleman. 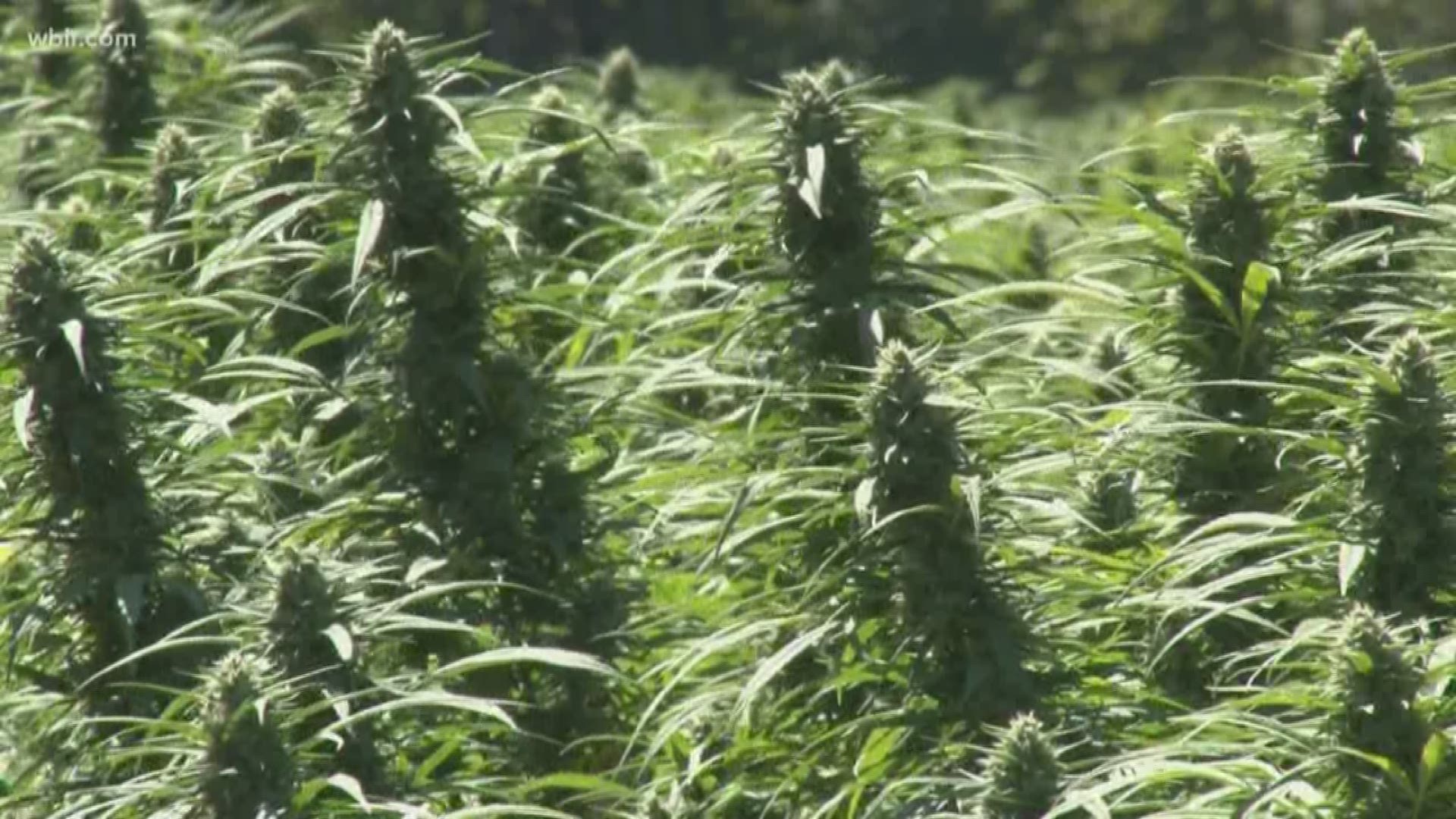 SCOTT COUNTY, Tenn — Down a gravel road in Scott County, a valley of 70-thousand hemp plants sits on 70 acres of land growing in the sun.

Soon, they'll be harvested for the CBD oil in their buds and other compounds, too.

"There's CBG which is really good for pain, there's CBN which is good for pain but mostly good to help you sleep at night," said Mark Case.

He's the CEO of New River Botanicals in Huntsville.

The new company is the idea of the Howard family, who used to use their farmland to grow hay and raise a few cattle.

Now they're one of only a handful of hemp farms in the state that is extracting their own CBD and making products themselves.

"We are putting together a fully vertically integrated company to take it all the way from the farm to the shelf," said Case.

That means turning an old warehouse in Huntsville into a state-of-the-art hemp processing facility.

They've already got some test plants hand drying in the mostly empty warehouse.

New River Botanicals is still installing extraction equipment, and plan to start extracting CBD on a large scale in December.

The CBD oil is extracted from dried hemp buds using food-grade ethanol at temperatures as low as minus 80 degrees Celsius.

"It works best with the molecular structure of the plant to wash out the chlorophyll and the other molecules that we don't want to be a part of the ingestion process and to separate the cannabinoids," said Case.

Most hemp farmers will sell their plants to processors, but New River Botanicals is its own farmer, processor, developer and distributor.

"We started R&D about four months ago," said Case.

The company already has some products for sale, including creams, flavored tinctures and lip balms, with edible gummies in the works.

They employ dozens of people in Scott County to help with the farming and harvesting process.

"It's great to know that you're growing something that is on the cutting edge," said Case.