Should I be worried about the smoke from the massive Knoxville fire, and where can I go for help?

For those in the immediate area affected by the heavy, black smoke, KFD said they should move to an unaffected area or shelter in place with the doors shut and HVAC turned off. 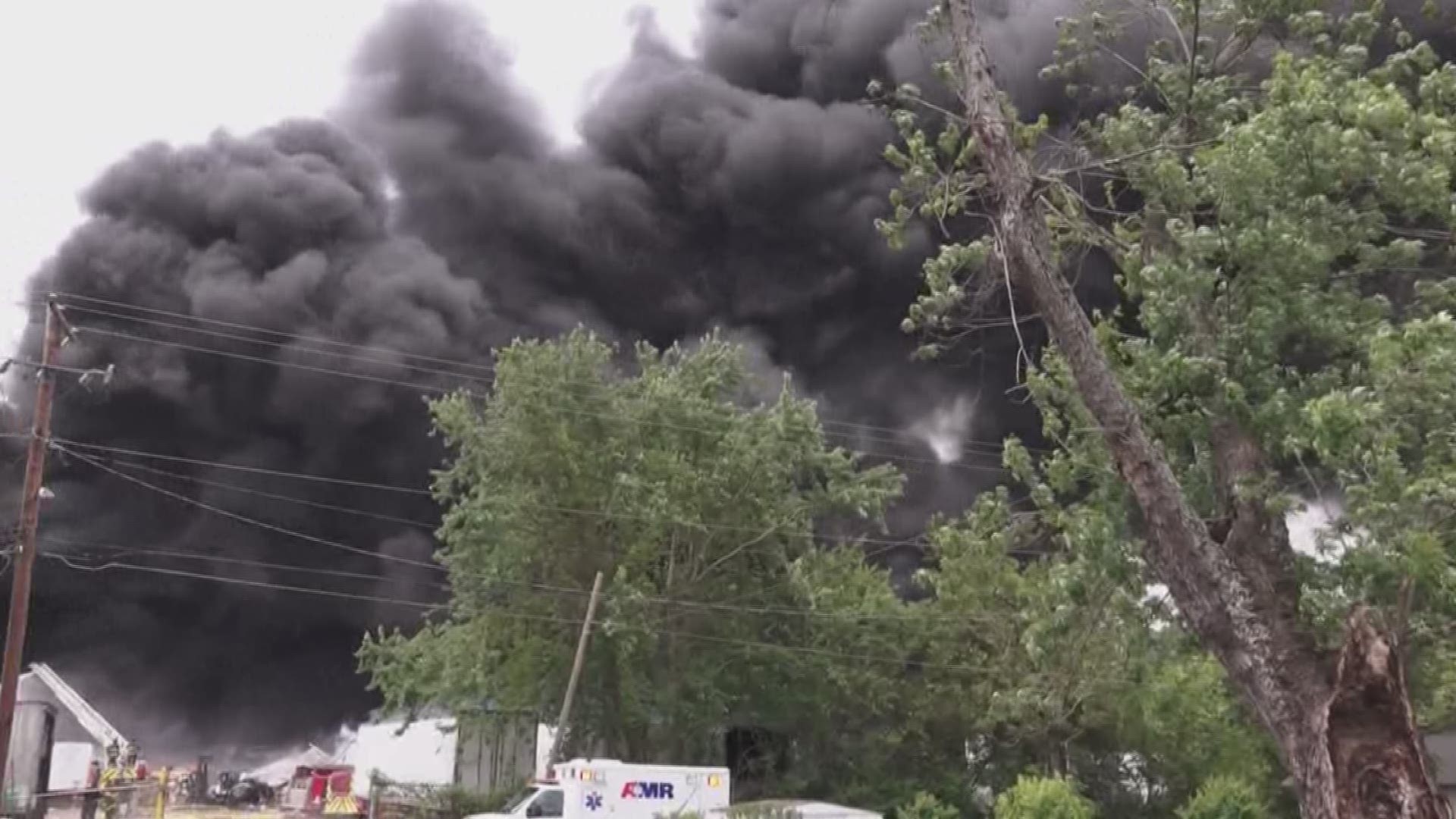 KNOXVILLE, Tennessee — A massive fire that broke out Wednesday afternoon at Fort Loudon Waste and Recycling sent a huge a plume of black smoke into the air that could be seen for miles.

Firefighters have managed to get the fire under control on Thursday, and the smoke has really died down. Neighbors who were evacuated were allowed to return to their homes.

RELATED: 'It's a big trash fire' | Massive fire could burn for days; nearby residents urged to leave or shelter in place

The Knoxville Fire Department said what is burning is paper, cardboard, and plastic, which is what the company recycles. The burning plastic is what caused that heavy, black smoke, and that could be toxic if you are in close contact with it.

RELATED: Where are you seeing it from? Folks across Knoxville can see the fire from miles away

So, should you be worried about breathing it in?

Fire officials told 10News they were not currently concerned about air quality because most of the smoke is dissipating into the atmosphere.

But, for those in the immediate area affected by the heavy, black smoke, KFD did advise they move to an affected location or shelter in place with the doors shut and HVAC turned off. About 100 homes were under a mandatory evacuation for a time, but that's now been lifted.

Anyone in the direct smoke outside should have masks on, KFD said.

Rural/Metro Captain Jeff Bagwell said that fires like this release sulfur, nitrogen oxides, carbon dioxide and monoxide. He said if you smelled the smoke, it's likely the plastic that is burning.

If you are not in the smoke itself, Bagwell said, it's not at a level where it could really hurt you.

Who should be worried about breathing in the smoke?

According to the Environmental Protection Agency, it’s important for people to pay attention to local air quality reports during a fire if they are:

The Knox County Health Department said people with the greatest risk are those living with heart or lung disease, adults over 65, children and pregnant women.

What are the symptoms of smoke inhalation?

Large amounts of smoke can trigger a number of symptoms. The KCHD said smoke can hurt your eyes, irritate your respiratory system and worsen chronic heart and lung diseases.

The KCHD and the EPA said:

What should I do to protect myself during a fire?

The EPA said during a fire, people in the area should pay attention to local air quality reports, use common sense and stay indoors.

'It's a big trash fire' | Massive fire could burn for days; nearby residents being evacuated

Should I be worried about the black smoke from massive Knoxville fire?

Where are you seeing it from? Folks across Knoxville can see the fire from miles away