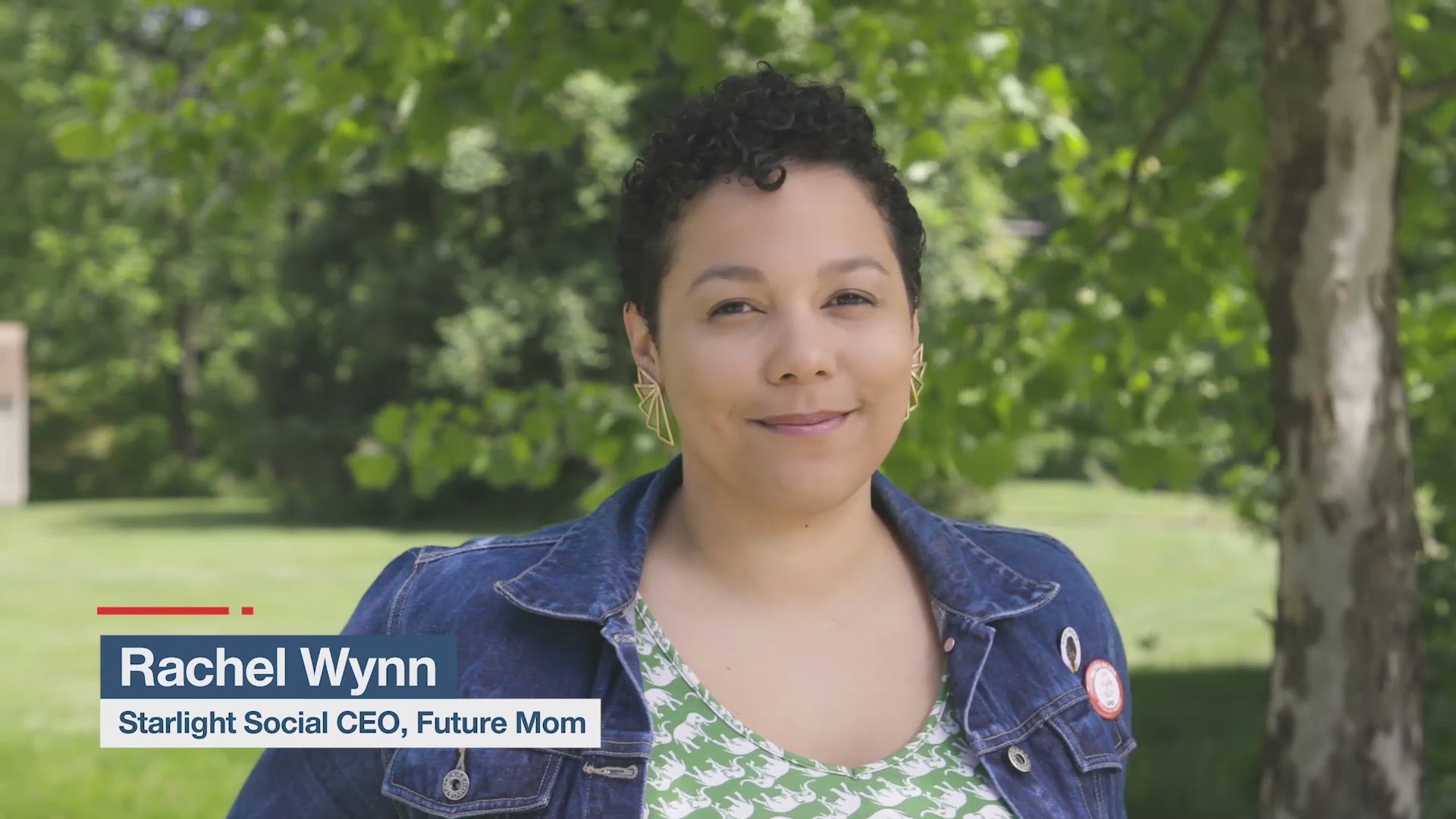 SILVER SPRING, Md. — Much is said and written about the fact that the U.S. is the only industrialized country that doesn’t offer paid family leave. Employees can take advantage of the non-paid leave that guarantees them a job. However, many often have to cut short their maternity leave or use sick time, or have to resort to a patchwork of solutions to care for ailing loved ones or their newborns.

Congress is now debating what it can or should do when it comes to a federal program.

An Imperfect Union talked to two women about what the U.S. should or shouldn’t do when it comes to federal paid family leave.

Rachel Wynn is self-employed. She’s the CEO of Starlight Social, a social media management company. She said the U.S. should have paid family leave.

“People are going to always have babies and people are always going to die,” she said. “So why don't we have policies to support those two really important phases of life?”

Wynn said she always wanted a family, but she’s waiting to have a child until paid family leave policy comes online in 2020 for Washington, D.C.

“A lot of people don't realize that when you're self-employed your options are to just not work or to apply for short term disability,” she said.

“It's really bizarre because I feel like we keep pushing how important families are and how families are the pinnacle of America, and we just don't have the policies to support that whatsoever,” Wynn said.

Rachel Greszler is a mother of 6 and an economist. She said she would love for all Americans to have access to paid family leave. However, she’s against a federal government solution.

“I've been able to take six maternity leaves myself and that's been really crucial time and so special to have that time with my children,” she said. “I believe a federal paid family leave program would end up being a one size fits all policy that actually wouldn't meet the needs of most workers.

“I don't want to push anybody to either continue working if they don't want to or to stay home, I don't think that that's the government's role,” Greszler said. “I'd like people to be able to continue having choices. But the economist and me just looks at it and says, here's the cost we can pay for them one way or another. One way limits choices and one doesn't.”

Greszler said she wants to see paid family leave expanded through employers who offer that benefit to employees.

Wynn met Greszler at a park in Silver Spring, Maryland to discuss their positions on the issue.

Watch how their conversation unfolds on An Imperfect Union for Facebook Watch.

An Imperfect Union brings together two people on opposite sides of an issue to work on a project in their community. Watch full episodes on Facebook Watch every Wednesday at 8 p.m. ET.