The American Civil Liberties Union of Tennessee and the ACLU filed the lawsuit against officials on Nov. 18 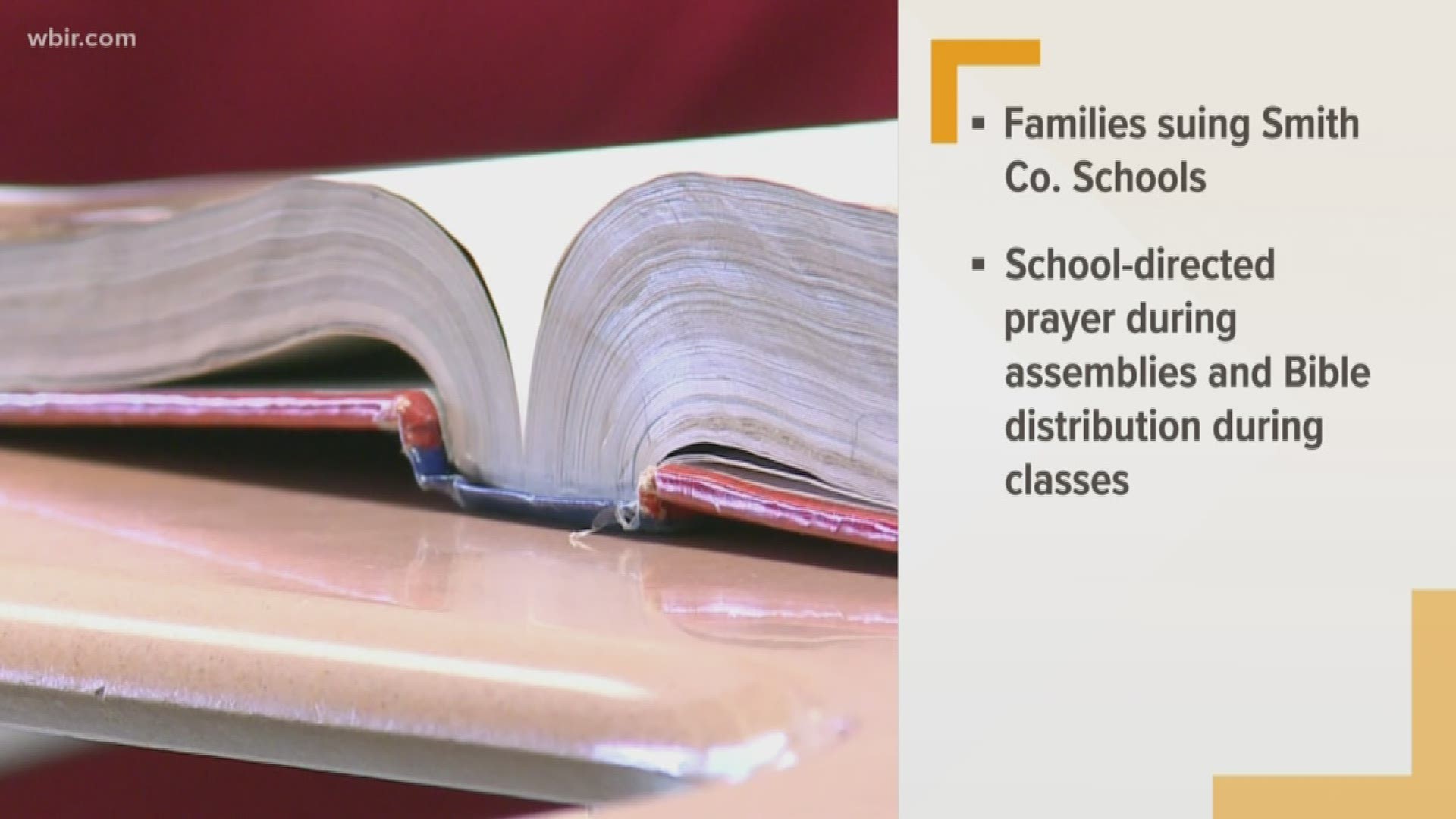 NASHVILLE, Tenn — Two families are tired of feeling like "second-class citizens" in the Smith County public school system due to their beliefs, according to a press release from the American Civil Liberties Union of Tennessee and the ACLU.

According to them, school officials unlawfully promoted religion in public schools, violating the First Amendment.

It also states that coaches participated in prayer with student-athletes and that a cross painted on the wall of an athletic facility violates the separation between church and state.

“When I was in the military, I took an oath to support and defend the Constitution, which includes religious freedom,” Kelly Butler said in a press release, a father to several children who attend Smith County schools. “It’s wrong for the public schools to make my family feel like second-class citizens because of our beliefs.”

The ACLU and the ACLU of Tennessee posted tweets about the lawsuit, Butler v. Smith County.

The release said Butler and another family involved in the lawsuit are both atheists. They are also seeking a preliminary injunction to stop the practices outlined in the lawsuit.