Some Kentucky miners to receive $2K from local foundation

Some miners have protested by camping out on train tracks and blocking trains carrying coal from passing. 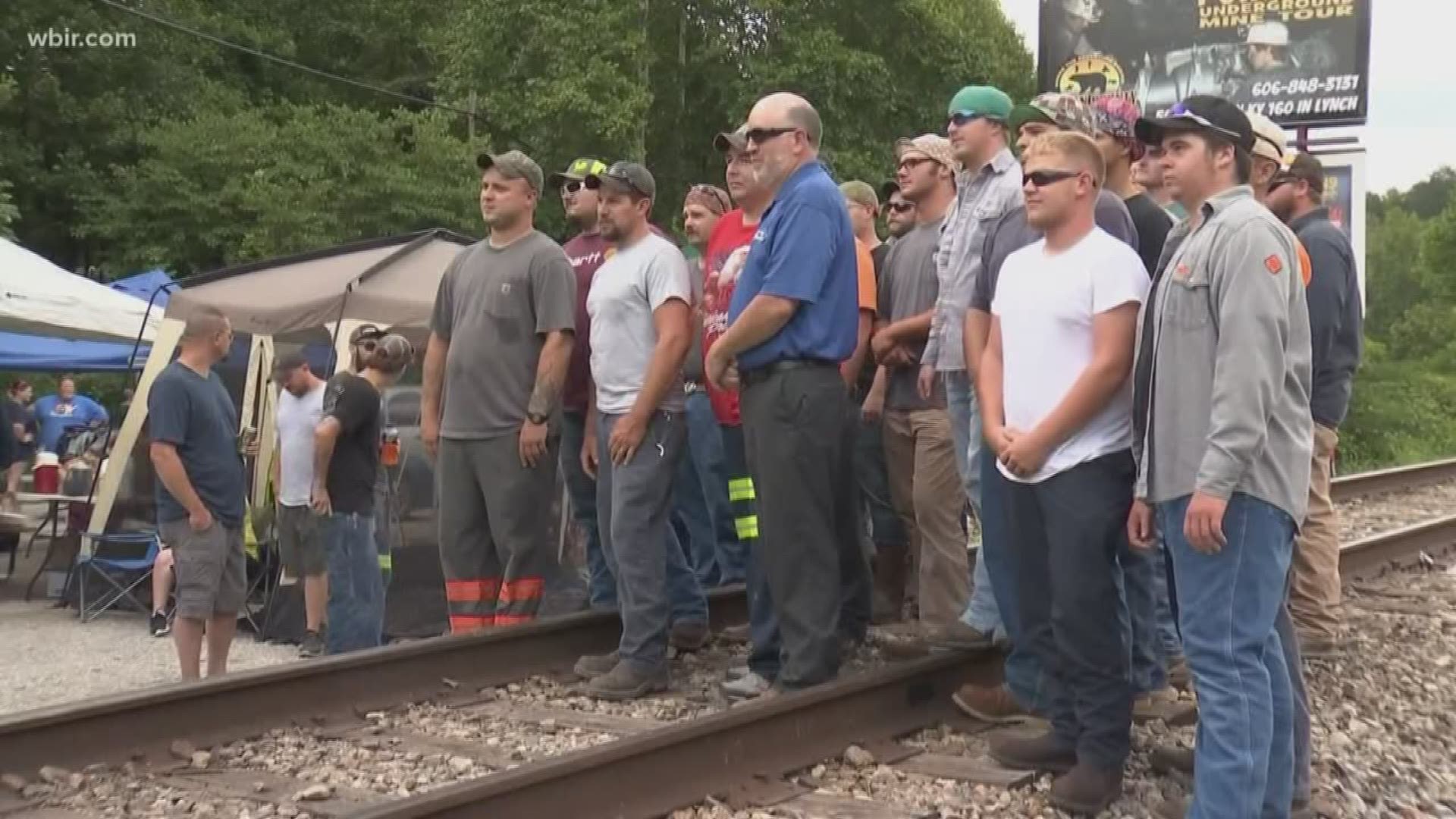 HARLAN COUNTY, Ky. — Leaders announced Monday relief for miners in Harlan County, Kentucky who haven't been paid in more than a month.

On July 1, BlackJewel Miners filed for bankruptcy. Miners said they haven't been paid since.

Some miners have protested by camping out on train tracks and blocking trains carrying coal from passing.

Harlan County Judge/Executive Dan Mosley announced "The Gilliam Foundation" is donating $492,000 to Harlan County Community Action Agency so that each miner that was employed by BlackJewel that is in the immediate needs database can receive $2,000 each to go toward getting their lives back on track.

"I am overwhelmed by this amazing gesture of love and generosity toward our miners by The Gilliam Foundation. This amount alone will provide a significant boost to our miners to help get their finances back on track," Mosely said in a Facebook post. "Mr. Gilliam was a successful coal operator who always had an impeccable reputation for taking care of his people and running a world class operation. There are and have been great people in the coal business. Richard Gilliam is proof of that."

Harlan County Community Action Agency will disburse the funds in the form of checks to miners, Mosley said.

To get the money, miners will have to bring photo identification and their most recent check stub to prove employment once they're are scheduled. Harlan County CAA will serve the miners in our database impacted in Harlan, Bell, Leslie, and Knox with these disbursements.

"Join me in expressing our generosity to Richard and Leslie Gilliam for stepping up and helping our people during this unprecedented situation like we haven't seen in our lifetime," Mosley said.