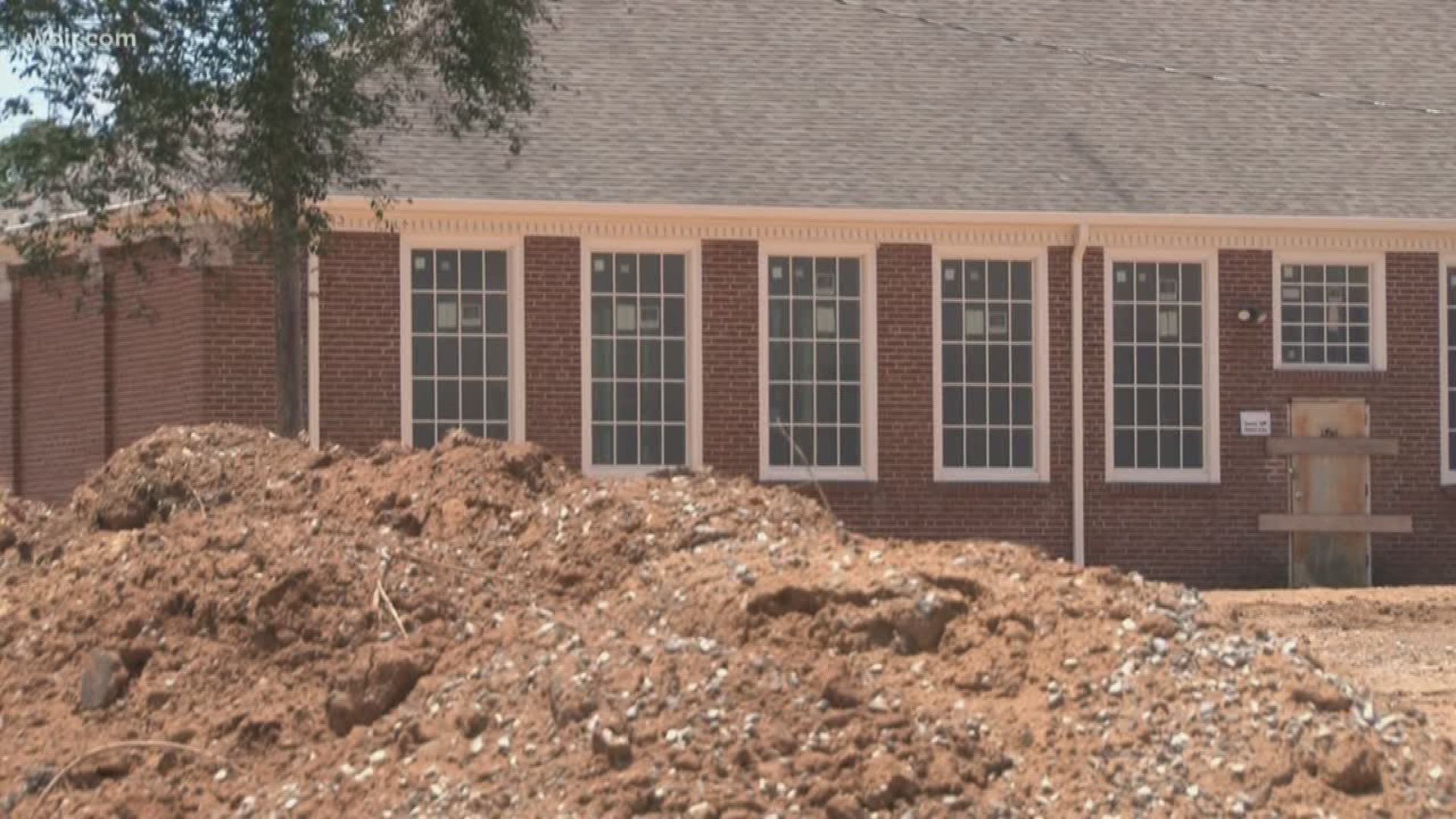 Crews have already put new windows and a new roof on the building. Dover Construction said they are working on the interior of the school now.

Next week, Dover Construction plans to install sheetrock in what was once the gym.

There have been previous attempts to privately redevelop the property but they failed and it continued to deteriorate.

"Knoxville City Council in 2015 authorized the City’s purchase of the blighted former South High School for about $190,000, and the City’s Community Development Department issued a Request for Proposals, seeking a new owner who would renovate the iconic site and bring it back into reuse," a release from Dover Construction said.

Dover has also transformed the once-abandoned Oakwood Elementary in North Knoxville and changed the Farragut Building into a new Hyatt Place Hotel.