Esther Cahal had one wish - to watch her children graduate high school. 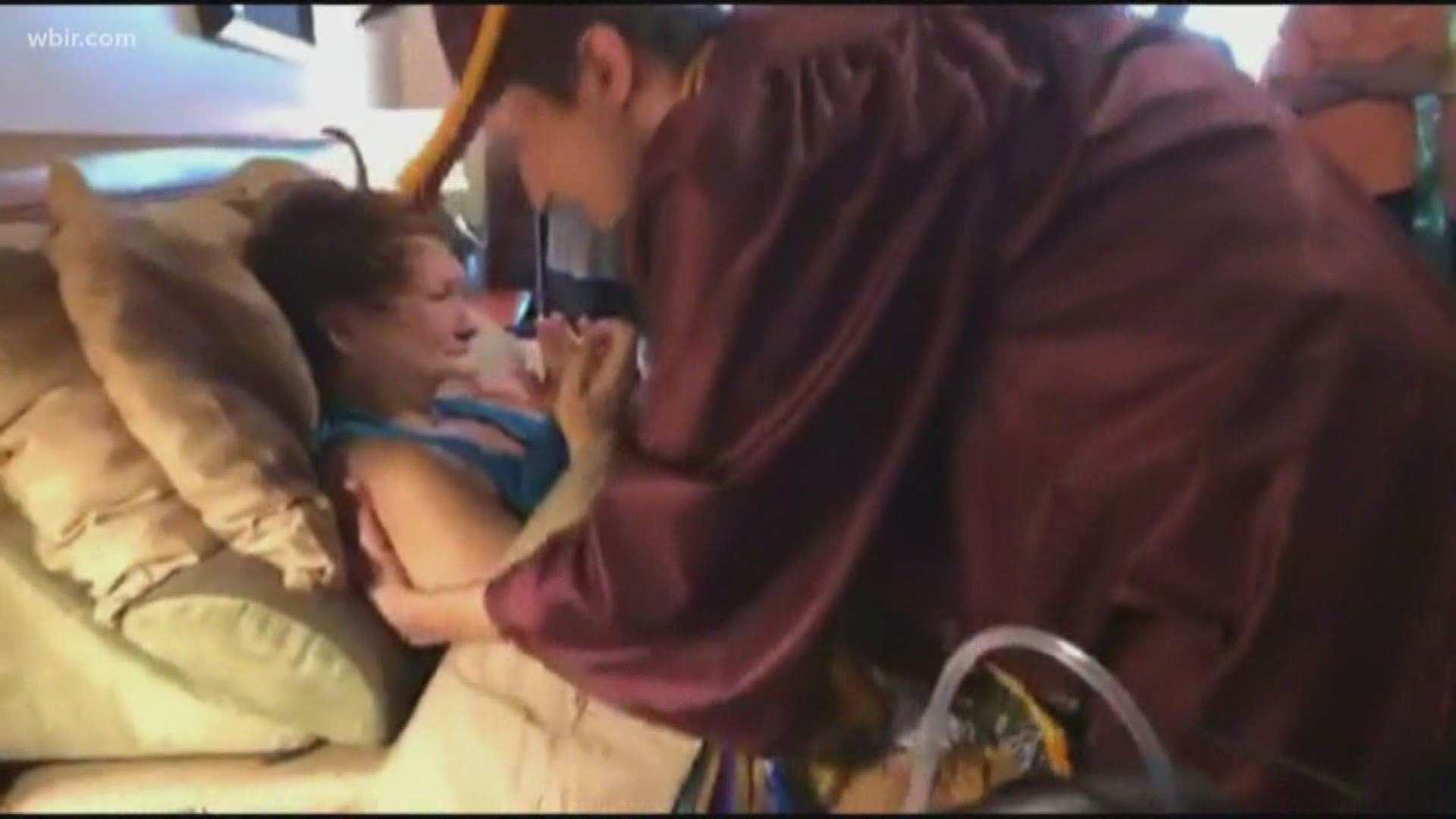 KNOXVILLE, Tenn. — Esther Cahal passed away the morning of April 22, 2019  following a long battle with cancer, just days after she was able to watch her youngest son graduate.

To call Esther Cahal a talented women would be an understatement, just ask her husband, David Walker.

"She was born in Bangkok, she lived in Thailand and then Malaysia at a boarding school for the first 18 years of her life," said Walker.

The daughter of missionaries, Esther studied and became a physician assistant in neurosurgery and the mother of three children, all of whom grew up in East Tennessee.

"She's always been a really special person to everyone that knows her."

But today, you won't hear from Esther. She's resting.

"In 2005, through a routine dental office cleaning, her dentist noticed she had an ulcer-like sore."

A squamous cell carcinoma on her tongue. It was cancer.

"Squamous cell carcinoma is 97 percent fatal," said Walker. "She had been through four years of treatment and then it came back in 2012."

Walker and Cahal married in 2009 while she was in remission. Battling cancer for nearly 13 years, you have time to think. She set a single goal, a wish, something to live for.

"Her only prayer through all of this was, God, just give me time to see my children graduate."

Enter Bearden High School. She watched her two oldest graduate from there, even get married. All that was left was the youngest, Zach, a senior with the Bulldogs.

May 17 is graduation day, but she might not have that long.

"Esther told me, she said go see Mr. Myers and ask him to come! My philosophy in my marriage has always been, happy wife, happy life," Walker said with a smile.

Just a couple of days later, Bearden principal Jason Myers and some of Zach's teachers presented his diploma by Esther's bedside. She saw her youngest son graduate -- her prayer was answered. Even with her health failing and the future uncertain, Esther had a gift for Zach: a quilt made of his old t-shirts.

"Esther has always wanted to make sure her children had things from her, because she knew she wasn't going to be here for their whole lives."

An act of love from a woman who always has enough to give.

"You could line up everybody that knows Esther, they would tell you one and all, she loved me well... and that's Esther."