It's against the law to use your phone while driving. 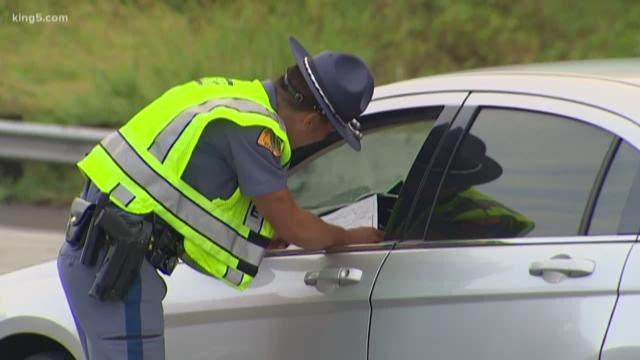 SEATTLE — A semi-truck rollover crash in the northbound lanes of I-5 near the West Seattle Bridge Friday morning didn't just slow down thousands of drivers, it also earned a few of them hefty tickets from the state troopers.

Only one lane was open northbound, causing major slowdowns, and on top of that some drivers slowed down to take pictures and video, even Facetime, as they passed the wreckage.

Needless to say, Washington State Patrol troopers were not pleased.

Troopers flagged over at least two drivers and issued them $136 dollar fines for distracted driving.

They also asked KING 5 to remind drivers no matter how tempting a social media moment it may be, it's never okay when you're driving.

Under the “Driving Under the Influence of Electronics" law, also known as E-DUI, drivers may not hold electronic devices while driving or stopped in traffic.

The law restricts hands-free use to a single touch

Distracted drivers also pose a danger for work crews and troopers who are out of their vehicles on the roadway, troopers said.