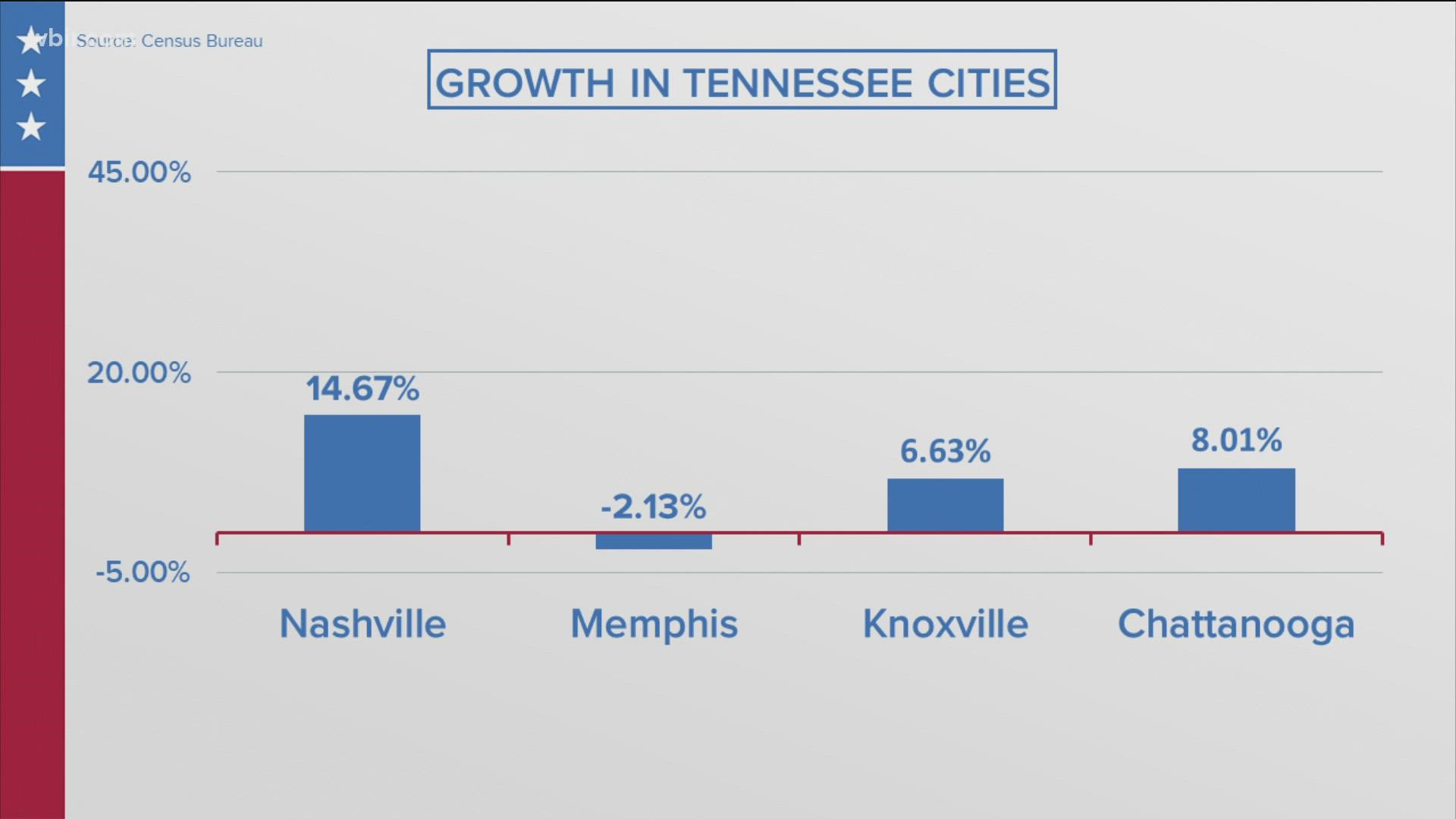 TENNESSEE, USA — Data from the 2020 Census is finally being released after the federal government collected information about demographics and populations across the country. Among the findings are huge population growth in Tennessee cities, but stagnant or decreasing growth in rural areas.

Knoxville's population jumped by around 12,000 people, raising the population total to 190,740. Meanwhile, Chattanooga's population also rose to 181,099 as more people move to Tennessee from across the U.S.

Other cities that saw massive population gains in the last decade include Murfreesboro, Nashville and Sevierville. However, Memphis' population fell by more than 2% to 633,104 people.