The 2021-2022 budget includes investments in literacy, mental health, infrastructure and broadband technology across the state. 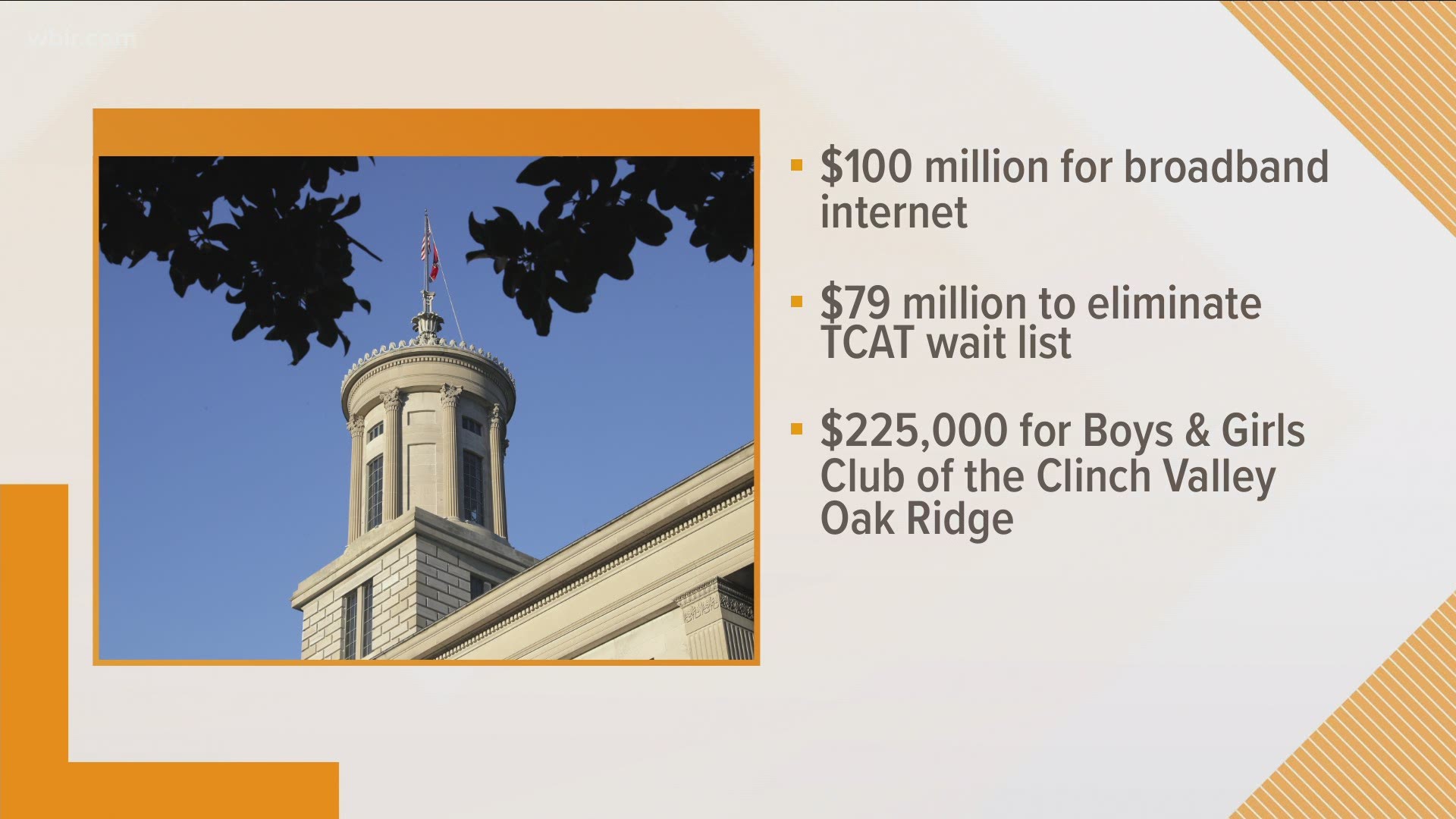 The budget comes after officials said $180 million was saved from spending reductions. They also said that the state is starting to return to its pre-pandemic priorities, investing in partnerships with private agencies.

“I’m proud that this budget delivers on some of our top promises to Tennesseans and invests in external organizations meeting the needs of our local communities,” said Gov. Lee.

The budget sets aside $50 million to provide Tennesseans with a week-long sales tax holiday on groceries and prepared food. Teachers can also expect a 4% raise as part of the budget.

According to a release, $931 million was also set aside for maintenance and improvements on the state-owned facilities and equipment across Tennessee. Gov. Lee said it was the largest maintenance budget in the state's history and would improve state buildings and higher education campuses.

It provides $100 million to develop the state's broadband infrastructure, ensuring that every Tennessean has internet access. It also invests $250 million in the Mental Health Trust Fund to support mental health services for families with children in kindergarten through 12th grade.

The budget also sets aside $145 million to improve infrastructure for air and railroad transportation. Lee also said the state would provide $79 million to help the Tennessee College of Applied Technology get through its 11,400 person waiting list, helping more people receive higher education.

The budget also sets aside almost $4 million for partnerships to support Tennessee's families. According to officials, $3 million of that will also be used for a partnership with the Human Coalition, an anti-abortion organization.

It also budgets $5.3 million to partner with agencies that fight human trafficking and support victims, such as End Slavery Tennessee.

I’m proposing the largest capital maintenance budget in our state’s history - more than $900 million in capital improvements and maintenance on both state buildings and higher education campuses. #TNSOTS pic.twitter.com/yapgOFGmg1