Governor Bill Lee said that the order is meant to help leaders facilitate economic recovery and maintain federal compliance for funds and grants. 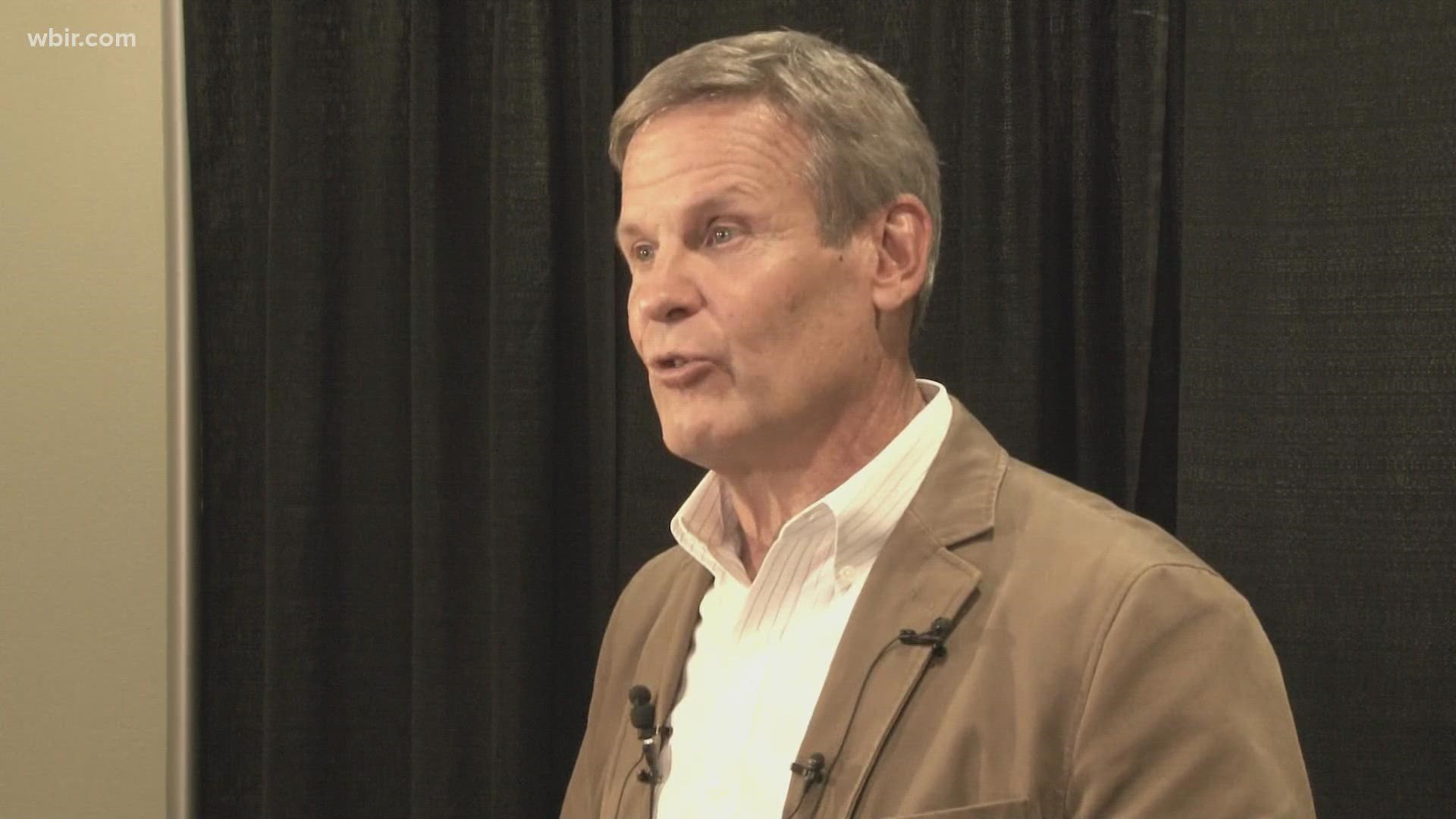 SEVIERVILLE, Tenn. — Governor Bill Lee spoke at the Tennessee Cattlemen's Association Convention in Sevierville about several different topics on Friday. He announced that he signed Executive Order 82 which extends a "limited state of emergency" in the state until Aug. 31.

He specifically said that Executive Order 82 allows the state to continue receiving additional federal funding for the Supplemental Nutrition Assistance Program. It also allows additional funding from the federal government to be used in National Guard and State Guard COVID-19 response efforts.

The order also extends a section of a previous executive order which allows national and state guard members to support some health initiatives and vaccination efforts, performing basic health care duties. It allows Tennessee National Guard and Tennessee State Guard members to perform COVID-19 testing in hospitals or similar facilities, as well as "perform authorized nursing and other functions."

By declaring a limited state of emergency, Lee said state leaders can better facilitate economic recovery, along with other kinds of recoveries. There are no restrictions attached to the order.

"The greatest tool we have to fight COVID-19 is the vaccination," he said during the meeting.

He said that state leaders are encouraging people to get vaccinated against COVID-19, but said he currently does not believe providing $100 vaccine incentives from already-approved federal funding will boost Tennessee's low vaccination rate, as President Biden had urged.

During the convention, Lee did not outright say he opposed implementing incentives in Tennessee, but said he believed the incentives have not shown results in the U.S.

Findings from the federal government said financial incentives have led to an increase in vaccination rates in states and organizations that offered them. States like Ohio reported short-term growth in vaccinations after implementing a lottery incentive program.

Some states have reported far less success, though, such as neighboring Arkansas.

Arkansas Governor Asa Hutchinson said the results of offering $20 lottery tickets and $20 Game and Fish certificates as incentives to get people vaccinated against COVID-19 have fallen well short of expectations. Arkansas' reported vaccination rate currently sits lower than even Tennessee's 39% at 36.3%.

States such as New Mexico that offered $100 cash incentives earlier in the summer for people to get fully vaccinated, though, have shown success. New Mexico currently has one of the highest population percentage of people fully vaccinated in the country at 57%. New York City on Friday also began offering $100 to anyone who gets their first dose of the COVID-19 vaccine.

Studies conducted earlier this year showed out of all potential incentives -- a straight cash incentive would likely be the most effective, as roughly a third of respondents said $100 would be enough for them to get fully vaccinated.

Lee said he does not plan to institute any new COVID-19 restrictions to prevent cases from rising after the state reported more than 2,000 new cases.

"COVID is here to stay. We have a managed health issue to address just like many health issues in the state," he said. "Case counts will ebb and flow ... People understand the risks associated with it, and that they have personal responsibility decisions to make."

He also answered questions about meat production in Tennessee, saying facility investments have helped ensure that meat produced in Tennessee stays in the state, helping keep the price of meat from rising.

Gov. Lee also said that the state is working to expand broadband infrastructure, giving everyone access to the internet.