The pedestal was erected in 1904 on top of the burial site of Confederate general and KKK leader Nathan Bedford Forrest and his wife, Mary Ann Montgomery. 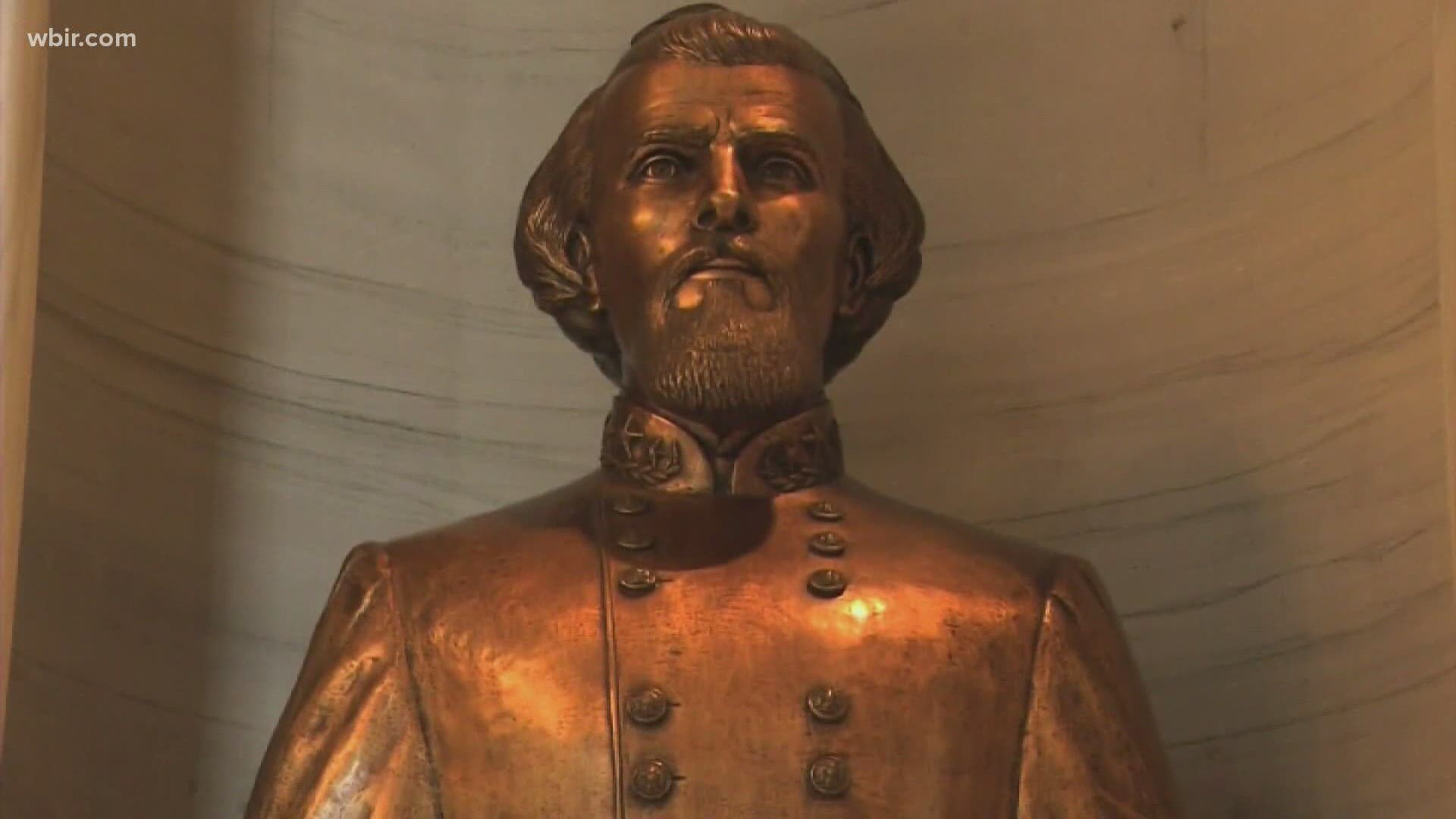 MEMPHIS, Tenn. — Work is underway at Health Sciences Park in Memphis to remove a pedestal that sits atop the remains of a Confederate general and his wife.

The pedestal was erected in 1904 on top of the burial site of Nathan Bedford Forrest and his wife, Mary Ann Montgomery. A monument dedicated to the Ku Klux Klan leader was removed from the park in 2017.

Plans for the removal of the pedestal and relocation of the couple’s remains were announced earlier this year.

Lee Millar, with the Sons of Confederate Veterans, says the remains aren’t being removed just yet. Tuesday’s work, he says, is to remove and repair the pedestal’s cracks -- the first step in the relocation process.

Eventually, the pedestal and Forrest’s remains will be relocated to Columbia, Tennessee to the new National Confederate Museum at Elm Springs, not far from Forrest’s birthplace in Chapel Hill.

Millar said disassembling the pedestal could take several weeks or longer. Once the pedestal is removed, the process to exhume Forrest’s and his wife’s remains can begin.

Millar says their tombs are eight feet underground, and the plaza is two feet high. He said it will be “quite a project” to reach the tomb.

The removal is being paid for by anonymous donors.

Earlier this year, Van Turner, head of the nonprofit Greenspace, which owns the park, said something else will go in the park once everything is removed.

Later this month, the park will host the 2021 Juneteenth Urban Music Festival, a two-day festival commemorating the anniversary of the emancipation of enslaved people in the U.S. When announcing the festival’s new location earlier this year, organizer Telisa Franklin said they are “reclaiming these grounds.”