Hendersonville Police said one of their police officers died in the incident. 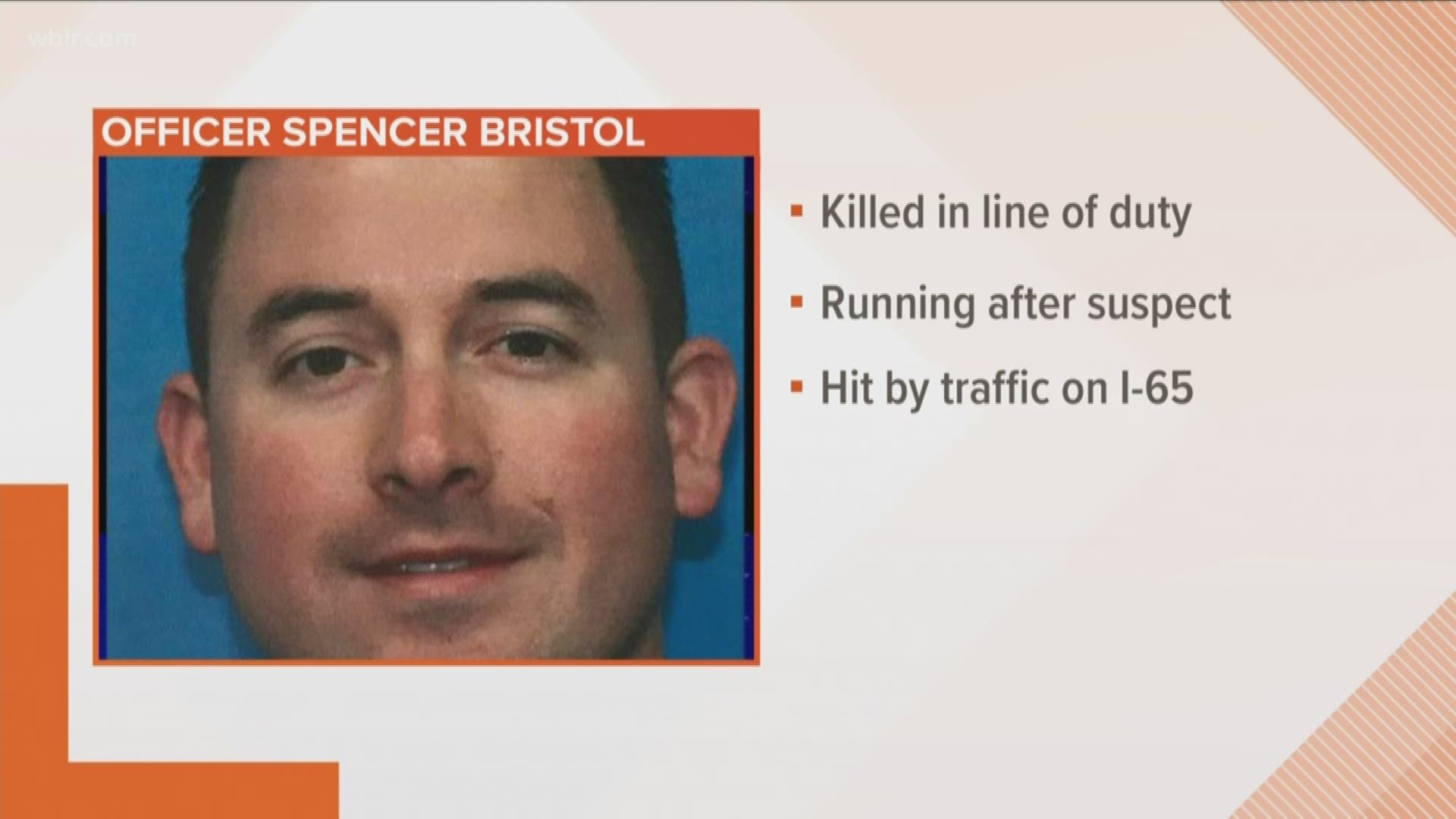 DAVIDSON COUNTY, Tenn. — A Tennessee police officer was killed in the line of duty on Monday when he was hit by a car while pursuing a suspect.

Master Patrol Officer Spencer Daniel Bristol with the Hendersonville Police Department was chasing a suspect on foot when he was struck by traffic on I-65.

Bristol started the pursuit in Hendersonville and it ended in Goodlettsville when the driver crashed.

The driver, 19-year-old Kevin Jordan, was taken into custody immediately but an unidentified passenger ran across the interstate with Officer Bristol chasing him.

When they crossed the median dividing wall, Bristol was struck by a vehicle. That driver stopped immediately, and Tennessee Highway Patrol says the woman who was driving was extremely distraught.

The passenger was able to escape. On Tuesday, Nashville Police said officers arrested Emani Martin Jr., 19, who is suspected of being the man Bristol was pursuing that night before being hit.

Hendersonville Police Department
Thank you to those that have expressed support for Spencer's family.... A different donation fund , that does not require a fee, is in the process of being set up. That information will be shared here as soon as it is available.

A fund has been started for Hendersonville Police officer Spencer Bristol, who lost his life in the line of duty on Monday night.

The 100 Club of Sumner County is an organization that financially helps dependents of firefighters and law enforcement officers who died in the line of duty.

An officer is dead and a portion of I-65 South is closed at MM 95 following an incident in Davidson County.

Hendersonville Police told WSMV News4 in Nashville one of their police officers died in the incident.

A News4 viewer claimed to see the incident, saying they saw an officer chase someone on foot across the interstate before the officer was hit and killed by a van.

The Tennessee Highway Patrol and Hendersonville Police said they will hold a press conference at 11:20 PM CST.

The area of I-65 South at the Vietnam Veterans Boulevard ramp is closed and isn't expected to reopen until 11 p.m. CST.