This is the 95-year-old's 36th year working on home building projects for the organization. 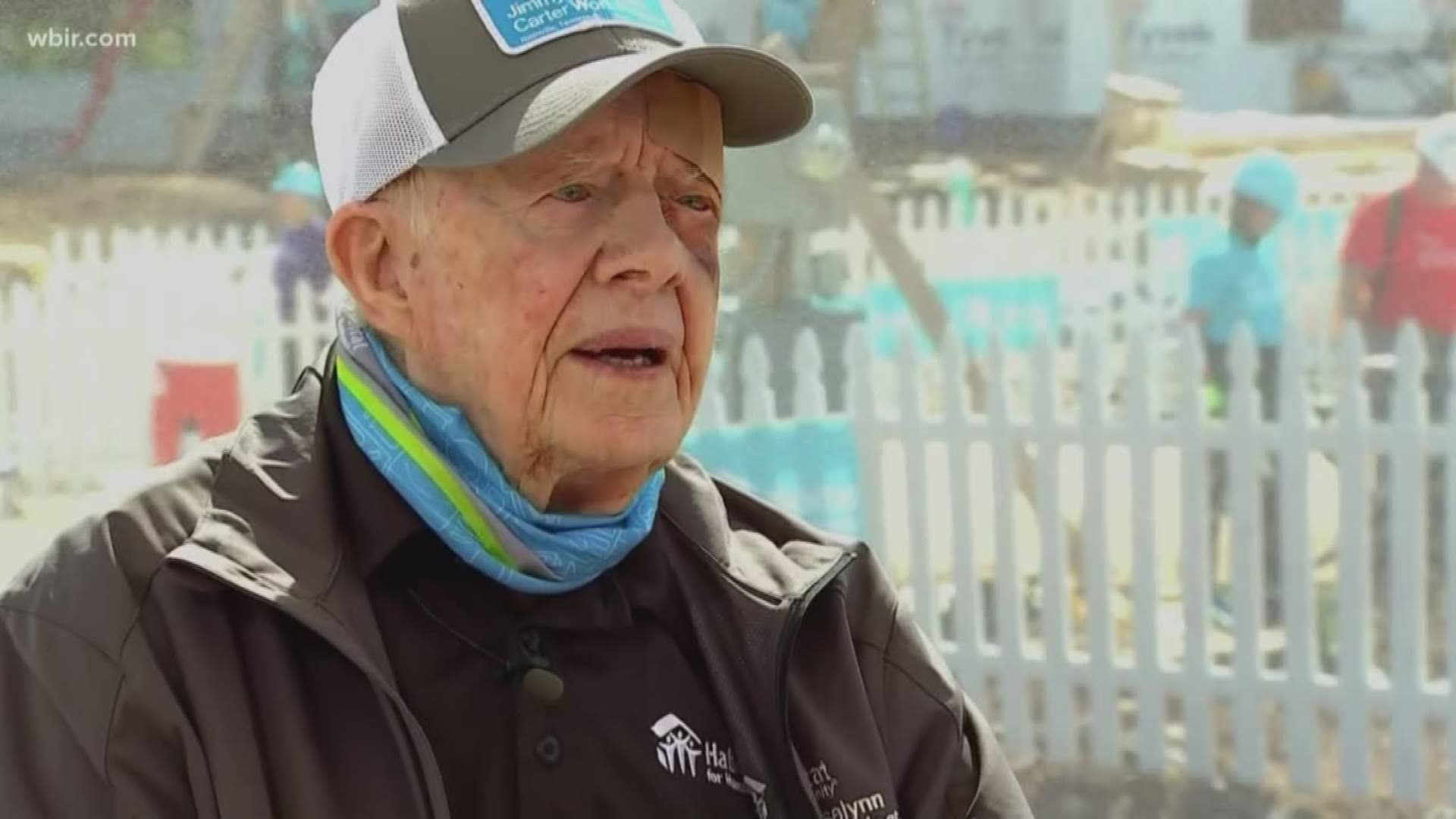 This is the 95-year-old's 36th year working on home building projects for the organization.

He said it's important to remember a decent home is not in everyone's price range.

"Just remember affordable housing is very important because sometimes school teachers with low pay or firemen or policemen with a full-time salary even they can't make a down payment on a decent home," Carter said.

The former president said organizations like Habitat for Humanity bridge the gap between people who've always had a roof over their heads with those less fortunate.

He said another reason he likes Habitat for Humanity is its faith-based focus.

The former president said faith has always been important to him, especially while he was in office.

"Well, I prayed three or four times every time on the way to the Oval Office and gave thanks on the way back to the White House, but faith was a very important part of my life then. I prayed that I could do the right thing for the American people that I would be honest and true," Carter said.

If you were wondering what kind of music president Carter listens to, he said he's a big fan of country music.

He said singers like Dolly Parton, Garth Brooks and Trisha Yearwood have been good friends of his for years and he enjoys listening to their songs.