The police officers scrambled to make sure people were away from a vehicle as it blared a warning about an imminent explosion. 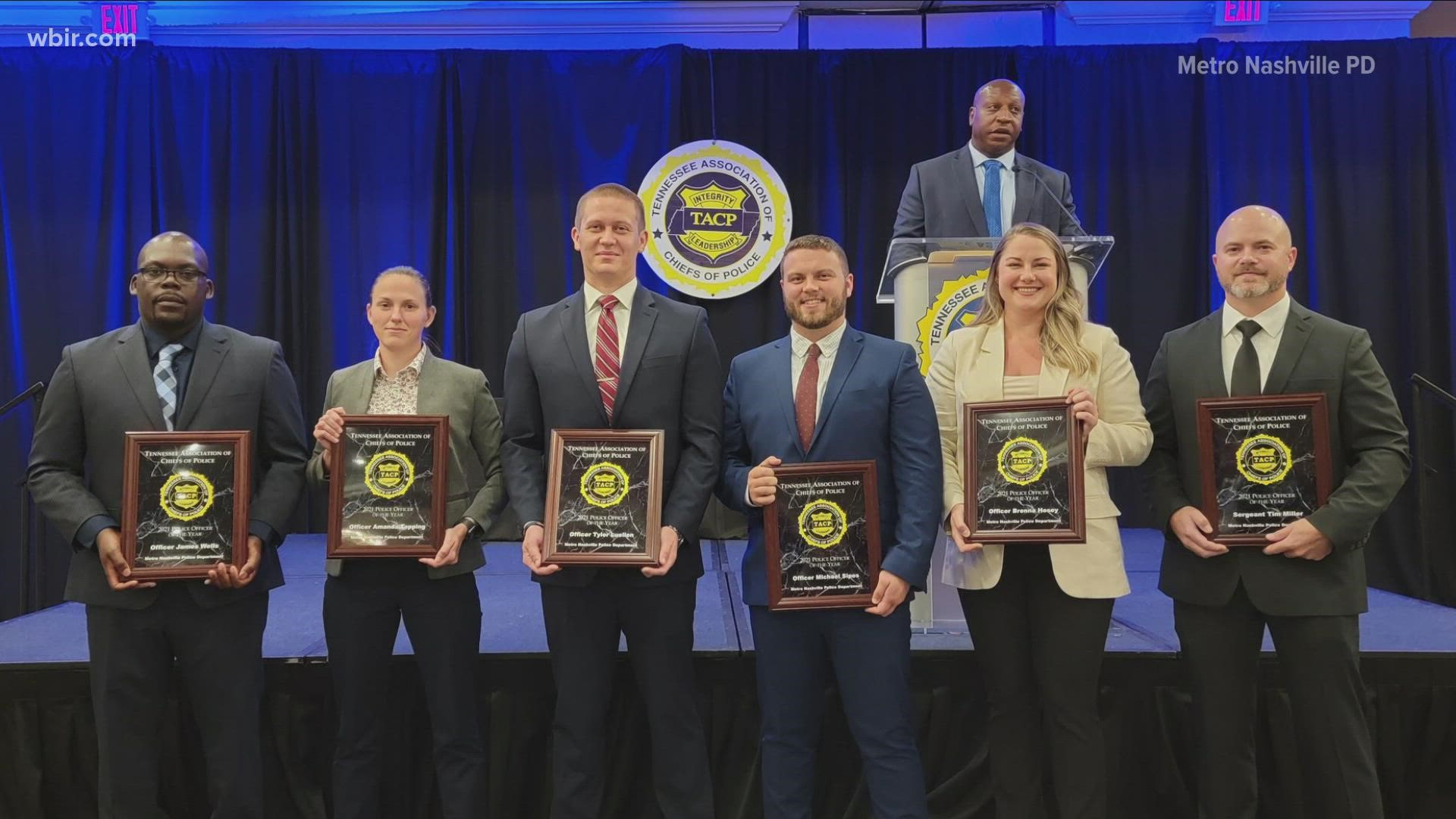 KNOXVILLE, Tenn. — The “Nashville 6” police officers who were credited with helping save countless lives prior to the Christmas Day bombing have been named Police Officers of the Year by the Tennessee Association of Chiefs of Police.

The officers were introduced by Metro Nashville Police Chief John Drake during the ceremony celebrating their quick response.

“Officers immediately began knocking on doors and evacuating residents here, not knowing if the bomb was going to detonate immediately or if it was going to go off in the time it was stated,” Drake said immediately after the explosion.

Nashville Mayor John Cooper praised the six officers at the time, saying they “took swift action and directed people away from danger to save lives, even at the time that their own lives were imperiled. They are heroes, and I am grateful for them and all of Nashville’s first responders.”

Chief John Drake just introduced the "Nashville 6" officers as they received Police Officer of the Year Awards from the TN Association of Chiefs of Police at its annual ceremony in Knoxville. pic.twitter.com/xso3Ff0QDn