Nashville party barges keep rolling after ban, up to police to enforce

Mayor John Cooper added an amendment to an order effectively requiring “vehicles for hire” for entertainment purposes to close due to COVID-19. 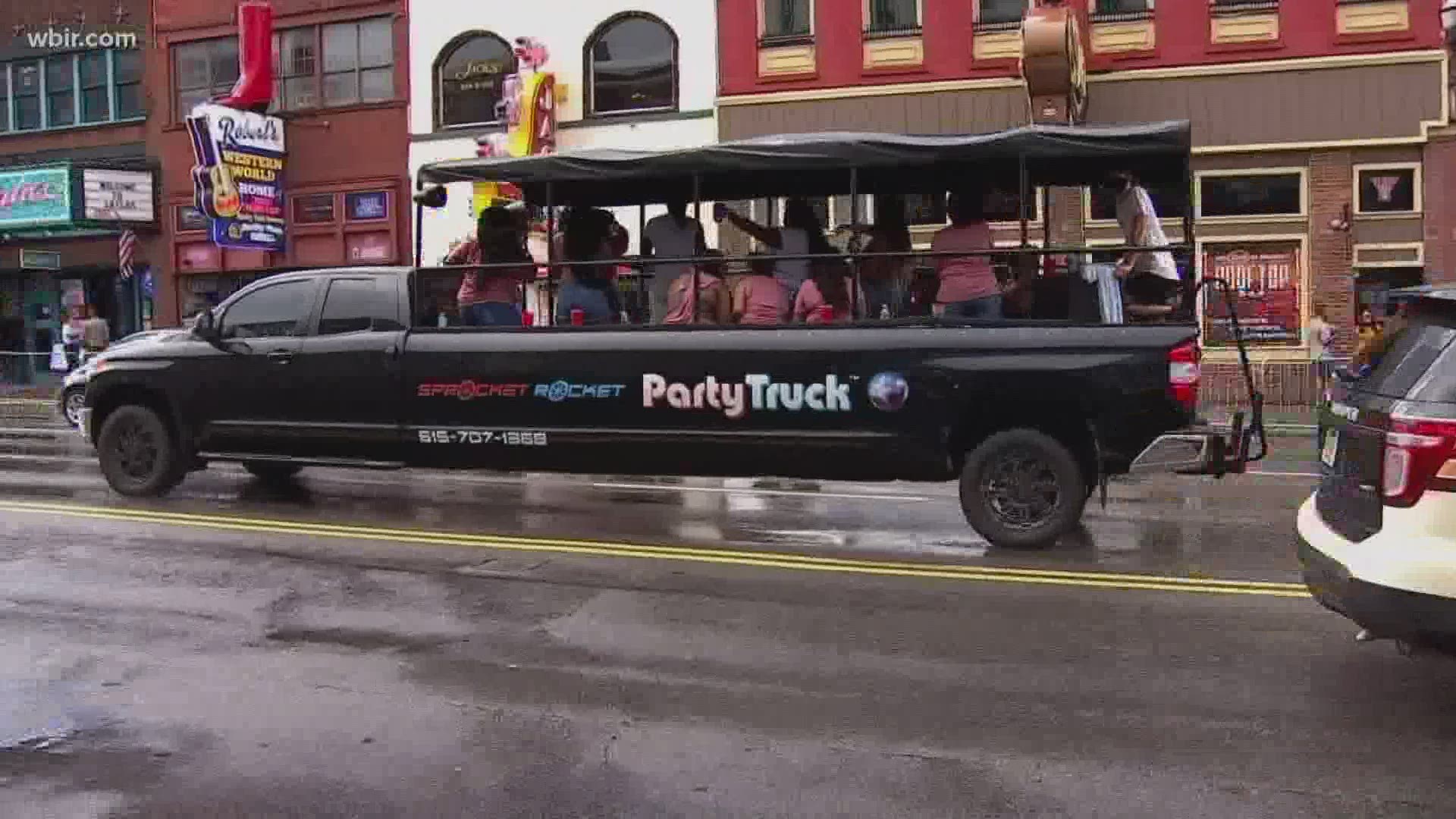 NASHVILLE, Tenn. — Party barges, buses and other “transportainment” companies continued to operate in Downtown Nashville on Saturday despite an extension to Mayor John Cooper’s Order 9 that bans the vehicles to slow the spread of coronavirus.

The third amendment to the order went into effect on July 31, effectively requiring “vehicles for hire” for entertainment purposes to close, including party barges that would otherwise be regulated by the state.

Saturday, many businesses kept operating filled with tourists who say they’re fine with the risk.

“We came up for the weekend knowing what we were getting ourselves into,” said Cameron Flatt who is visiting Nashville from Florida.

Flatt and a group of friends came to Nashville for his friend Jerrod Givens birthday, planning a party barge ride.

“So it’s not like we’re going with a bunch of different people that we’re not already around,” said Givens.

Some "transportainment" owners have previously told Nashville NBC affiliate News4 they’re just trying to keep their business afloat. Others have pointed out tourists are coming regardless of the pandemic, ready to spend money while other Nashville tourist spots remain packed like on Lower Broadway.

“It’s the same type of precautions as going to a restaurant if not safer cause you’re outside,” said Givens.

In a statement on Thursday from the Mayor’s office, they said the focus for the closures is resident safety:

Metro takes these public health decisions seriously, and we understand that there are costs associated with safeguarding the health and well being of our community – but none outweigh the lives of our residents.

According to the Mayor's office, businesses could face a warning or citation from Metro Nashville Police or even be court-ordered to close.