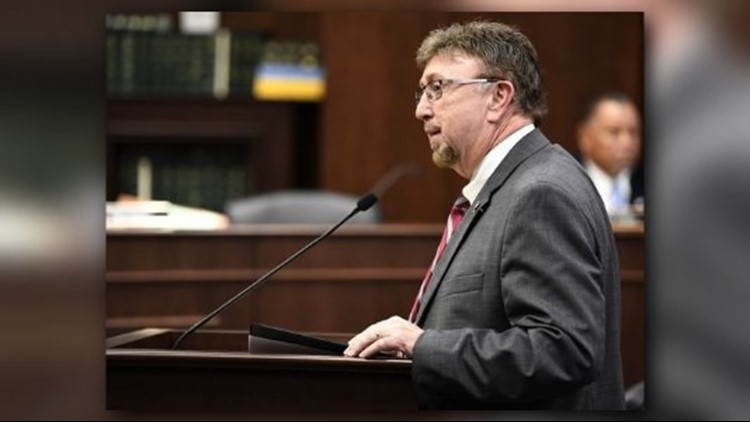 State Rep. David Byrd speaks about a bill on February 28, 2018, at the Cordell Hull Building in Nashville. Photo: George Walker IV, The Tennessean.

Tennessee’s House speaker says his chamber’s GOP supermajority will not move forward with a possible expulsion vote of a lawmaker accused of sexual misconduct decades ago.

In a statement Wednesday, Speaker Cameron Sexton cited an attorney general’s opinion that says “historical practice, sound policy considerations, and constitutional restraints counsel against” expulsion in the case of Republican Rep. David Byrd, whose alleged conduct happened before he was elected.

Attorney General Herbert Slatery’s opinion Tuesday also said nothing prohibits the Legislature from expulsion in a case like Byrd’s. But Slatery warned the power is best used only in rare circumstances and with extreme caution.

Byrd has faced scrutiny after three women accused him of sexual misconduct three decades ago when he was a high school teacher and coach. Two women alleged Byrd inappropriately touched them. The third said Byrd tried to.