VERIFY: Information in 'Tennessee Pledge' graphic going around social media is NOT accurate

The governor's office told 10News that the details in the graphic are not accurate and that the image did not originate from the state's office. 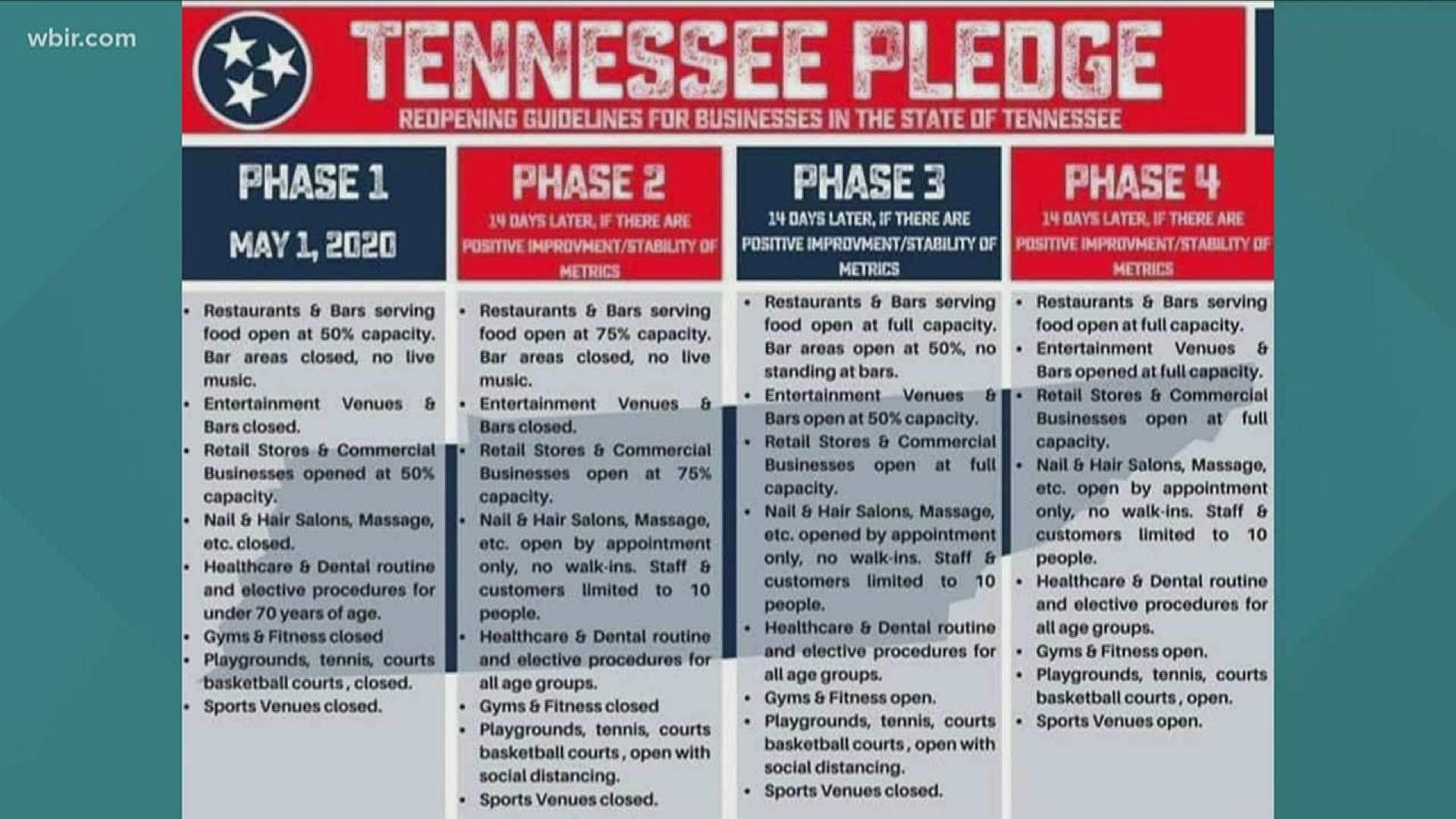 TENNESSEE, USA — There have been many questions since Tennessee Governor Bill Lee's announcement of the Tennessee Pledge plan for a phased reopening of the state's economy.

While people prepare for businesses to start reopening, you have probably seen the following image going around on social media and maybe have even made plans based off of it.

The governor's office told 10News that the details in the graphic are not accurate and that the image did not originate from the state's office.

The official guidelines on the phased reopening of Tennessee's economy can be found on the state's website.

The source of the image came from a Manchester, TN Representative Alderman Ryan P. French. French posted on his Facebook page later saying that the image was incorrect and caused confusion across the state. "I am absolutely sick to have misled anyone, or to cause additional confusion," he wrote.