According to Knox County officials, a man has been hanging out near West Knox County school bus stops trying to interact with children. 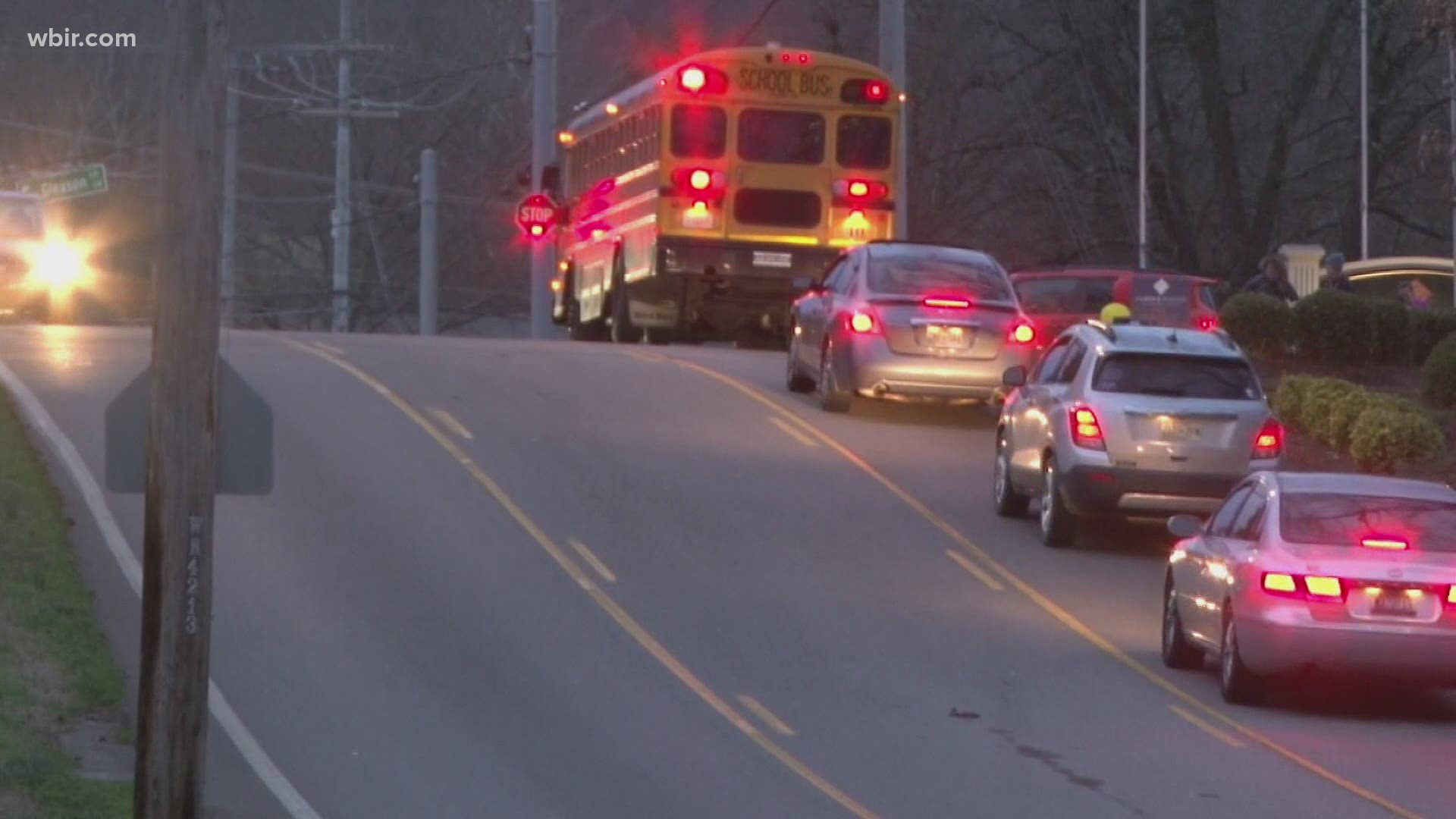 Rebecca Long is the parent of a fourth-grader who attends Karns Elementary school. She said about three weeks ago she got a call from the school with alarming news.

“I get a call from the school and the resource officer saying this man had approached Cayden,” said

According to Knox County officials, an older white man has been hanging out near West Knox County school bus stops trying to interact with children.

Long said when the stranger approached her son, he walked closer to the car to hear what the man had to say.

“Cayden said at first, he pulled up, and he rolled down his window, and he couldn't hear him. He walked a bit closer,” said Long.

As Cayden walked towards the stranger's red vehicle, the man offered him a ride. Just moments later, the school bus pulls up.

“My son saw the bus lights coming over the little ridge on Wright road. And he took off running towards the bus," she said.

For Long, that phone call was devastating.

“When they called me, I lost it. I was devastated for my son to experience that, knowing that I should have been there to protect them, and I wasn't,"

Now, Cayden is afraid of being alone at the bus stop.

"My husband picks him up from the bus stop, and my son does not want to be left alone at all," she said.

Kayla England is the mom of kids who attend Karns Elementary and Middle schools.

“I think it is really scary, for one," said England.

England walks her kids to the bus stop every day and she hopes officials find the man soon.

“I take my kids to the bus stop every day, and I am up there every day. I worry about the kids whose parents have to work,” England said.

The Knox County Sheriff's Office asks the community to call 911 if you see an older white male in a 90's model red Thunderbird.