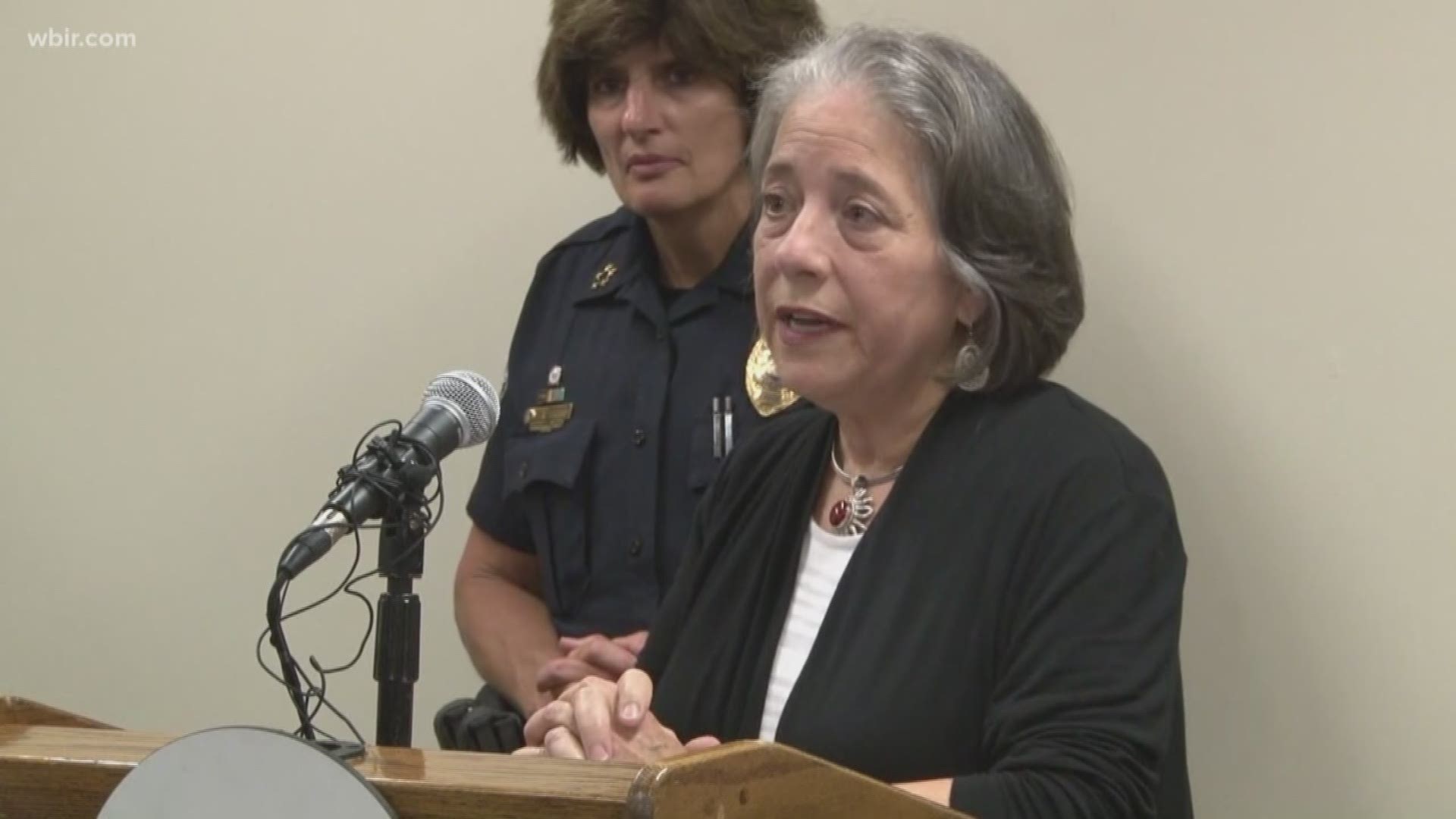 It's an ironic understatement that captures what the Knoxville Police Department is now facing as it deals with a multi-pronged internal affairs investigation into alleged misconduct involving several officers.

"This is like a frickin' Jerry Springer episode," KPD Sgt. Bobby Maxwell noted in a taped conversation recorded June 18 and obtained by 10News.

Maxwell himself is in the middle of that episode. The 25-year veteran abruptly retired July 1 after complaints emerged about him making vulgar comments during a department meeting about violent oral sex with a woman. 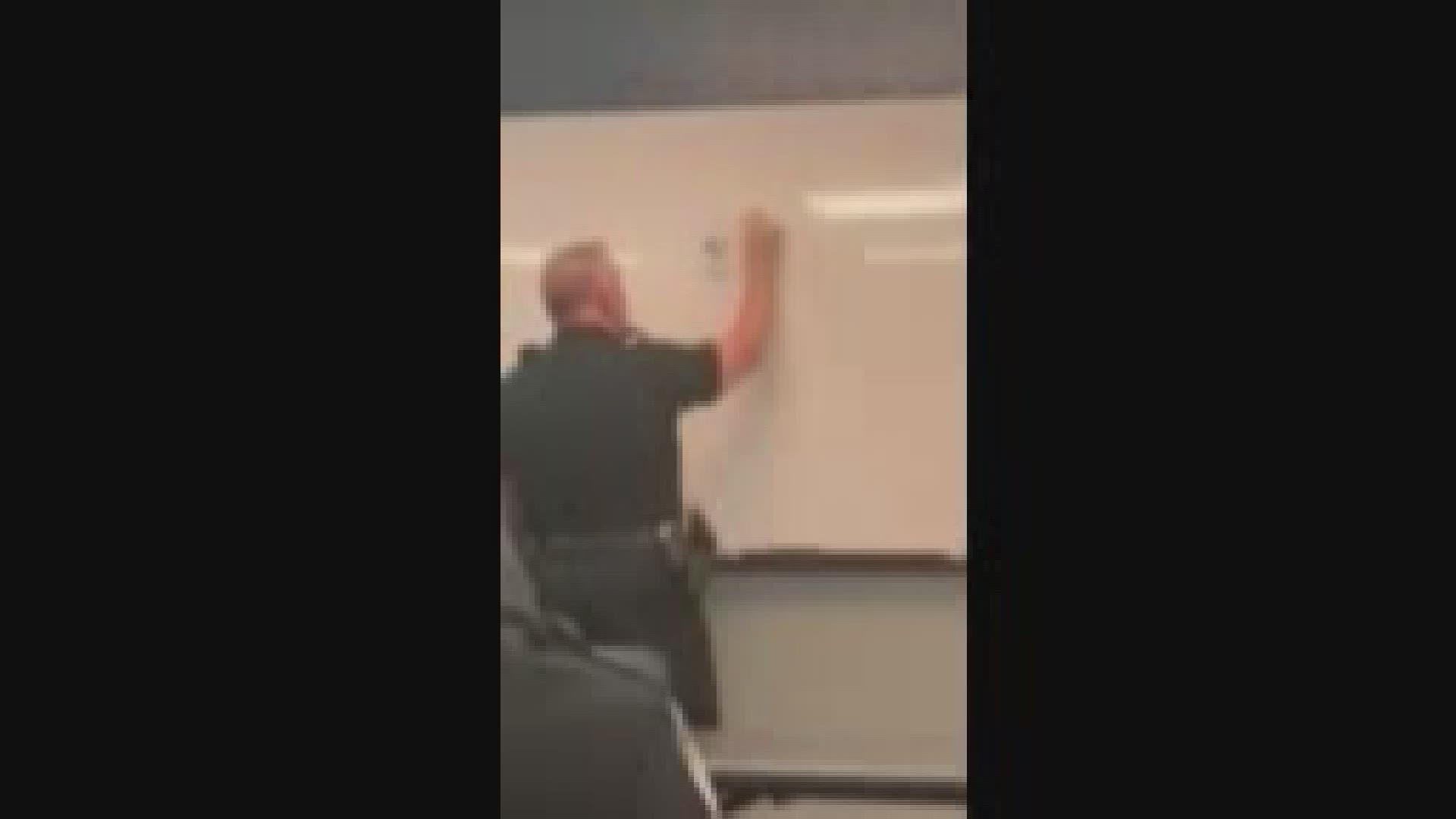 Brasfield's complaint covers Maxwell's vulgar comments about oral sex and how administrators may have downplayed them; how superiors addressed a Knox County deputy's complaint that a KPD officer was having sex with his wife; and whether KPD Capt. Tony Willis may years ago have withheld exculpatory evidence that could have helped a defendant in a federal case.

Brasfield also raises questions about how supervisors responded to an allegation by a young woman that an officer may have traded a sexual favor for a break on a marijuana charge.

Internal Affairs is looking into the complaint. WBIR has requested the results of that investigation, and city Law Director Charles Swanson said documents will be available after the review is complete.

In its reporting, WBIR has obtained a copy of the video showing Maxwell at the board talking about forced oral sex, Brasfield's complaint and supplement, and tapes of June conversations involving KPD employees including Maxwell, Brasfield, Willis and longtime Lt. Tim Snoderly.

The tapes offer a frank look into how some members of the force view women, sex, misconduct and how to deal with it.

"And women, some women just have a fetish for men in uniform," Maxwell said during a June 18 conversation that was recorded. "And they get that first taste of sugar, they want the whole candy bar."

'You're never not a cop'

Brasfield works with KPD's D Squad covering afternoon and evening hours. Willis, according to tapes, considers the squad to be first-rate but wanted Brasfield to come in and hold people accountable.

He tapped Brasfield beginning in May to go to D Squad.

Sgt. Maxwell also was highly regarded as a leader by D Squad troops, but he had a reputation for being blunt, even crude and coarse.

Tape recordings obtained by 10News show that on June 18 Maxwell, in the presence of Willis and Brasfield, blasted an officer after a Knox County deputy complained that the officer had been having an affair with his wife, who also is a public employee.

In his complaint, Brasfield argues that Willis should have given the officer a formal, legal warning before grilling him about the affair.

The conversation was part riot act, part pep talk. WBIR is not naming the officer who got it.

"I'm fired up," Maxwell said, according to the tape. "Because I don't want to see you do something so blatantly stupid that you step on your own frickin' ----. And you don't have a frickin' job."

The affair, according to the officer, had been going on "maybe a month."

The senior administrators told the officer that while it might not be illegal to carry on an affair with someone else's wife it was a very bad idea that could hurt his career.

"I mean, you can bang whoever you want to, ------, as long as they don't belong to somebody else," the sergeant said.

"And as long as you're not using city time and property to do it," Maxwell said.

"It's simple, I'm not saying it's morally correct. Don't go out there and start being a whore," Maxwell said.

He also observed that "women are like street cars," with another one coming along every five minutes.

The officer pledged the relationship would end.

At that point in the interview Capt. Willis declared the subject "done."

"There have been more people who have departed from this agency and this line of work because of off-the-beat conduct," Willis said in the taped conversation. "You start blending the two, that is a certain formula for a short career. And we don't want that."

Maxwell was talking so frankly, Willis told the officer, because the officer is part of a "law enforcement family."

Willis said he'd submit something that would be put in the officer's file as a "reference point."

After the officer left the room, Willis, Maxwell and Brasfield began talking about an accusation that had been made around June 13 against a male officer by a young female. WBIR is not naming the woman.

The officer, who WBIR is not naming, responded to a call in support of another officer who stopped the woman on suspicion of being under the influence, according to a supplement Brasfield prepared for his Internal Affairs complaint. She then accused the second officer of having accepted oral sex in exchange for getting a break on a marijuana charge, according to Brasfield's supplement.

The woman later denied she'd actually had any sexual contact with the officer, but she said he had "hit on her," according to taped conversations obtained by 10News.

The woman also is charged in Knox County with sexual battery on a female, according to records.

The woman's accusation against the officer was recorded on video, recordings indicate.

"It's all pretty damning on the video," Willis said in the taped conversation. "Of course, we've got the issue of some attorney going and grabbing the video for a DUI defense..."

Brasfield sought clarification on just what administrators thought had happened. Willis replied that he suspected there was more to the story about the contact between the officer and the woman.

"Now, to be sure, she is not a credible person," Willis said on the recording. "She's batshit crazy."

WBIR sought comment from the woman's lawyer. He declined.

The KPD administrators agreed the officer should have alerted his bosses directly after she made the accusation. Instead, the first officer who had made the stop ended up reporting what she'd said.

The conversation among the men on tape then shifted to a discussion about another officer who had been seeing a woman who works in the same agency as the married woman who Maxwell had just chewed out.

It was then that Maxwell made the comparison to an episode of Jerry Springer, the talk show host whose program sometimes erupted in drama, accusations and threats.

He also noted KPD was training young men to carry "a badge, a gun and a tremendous amount of power. And it's the first time they've been off mama's tit and out of the basement their whole life."

Willis said he viewed lieutenants working for him, including Brasfield, as his "field generals."

The captain told Brasfield, a licensed attorney, that he loved Maxwell, he does a "great job" but he wants him to stop using crude terms.

"We can't be in a roll call saying split tails," he said.

Willis urged Brasfield to "politely" tell Maxwell to cool it.

D Squad is a good squad, one of the top squads, Willis said when Brasfield asked if he approved of his work. He said he was pleased with the squad's performance.

"I tell people, my peer group, you're wrong if you think that (Maxwell) is...running people off because of his brashness," Willis said. "It's not true. In fact, it's the opposite. People are buying it. All I'm saying is, Hey, Bob, love you, man. Be careful about that."

Later, Willis asked Brasfield for feedback or anything that he could do to help him in his job.

"I have all kinds of ideas," Brasfield replied.

"No, I don't, I don't think it's prudent," Brasfield said. "But I appreciate the offer."

"You're not going to hurt my feelings, man," the captain said.

"I don't want to hurt your feelings," Brasfield said.

On June 21, Brasfield filed his formal complaint with the Internal Affairs Unit, the city Law Department and Civil Service.