The resolution was signed by Governor Bill Lee on March 12. 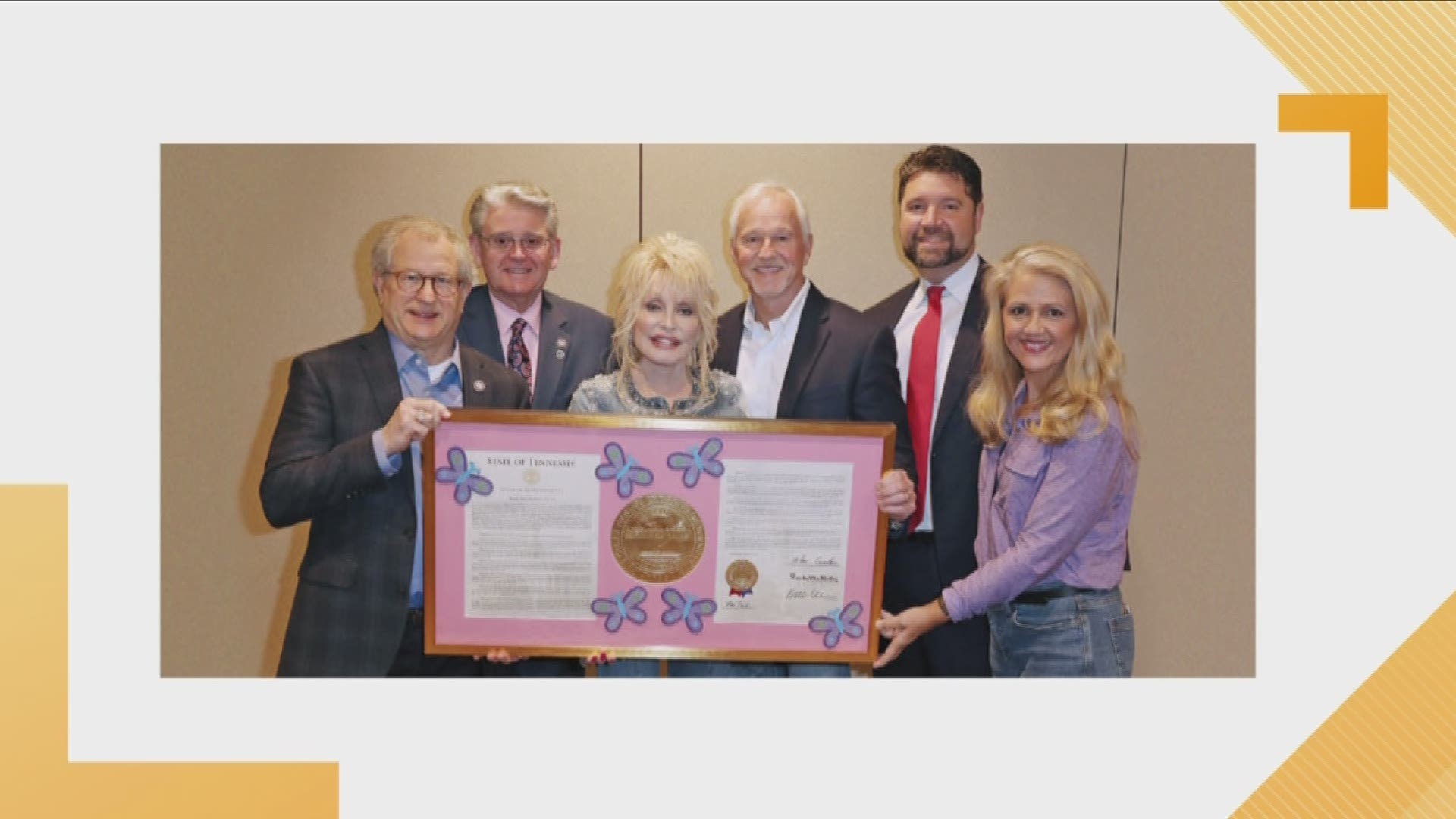 Several members of the Tennessee House of Representatives presented Dolly with a resolution on Saturday, March 16, to recognize and honor her, Parton's website said.

"Dolly Parton is one of Tennessee's most beloved and accomplished daughters, a supremely gifted and multi-talented writer, entertainer, and businesswoman whose compassionate spirit is at the heart of all she does and whose philanthropy has touched the lives of millions around the world," the resolution states.

"We recognize and honor Dolly Parton for her devoted and compassionate service to her fellow Tennesseans and millions around the world through her cultural contributions and philanthropy, extending our best wishes for continued success and happiness in all her future endeavors."

The recognition was presented in conjunction with a donation from Parton and the My People Fund of $200,000 to Sevier County volunteer fire departments on Saturday, March 16.

The resolution was signed by Governor Bill Lee on March 12; it was originally introduced in February and had dozens of sponsors in the state House and Senate.