Tennessee Speaker of the House to resign amid controversy 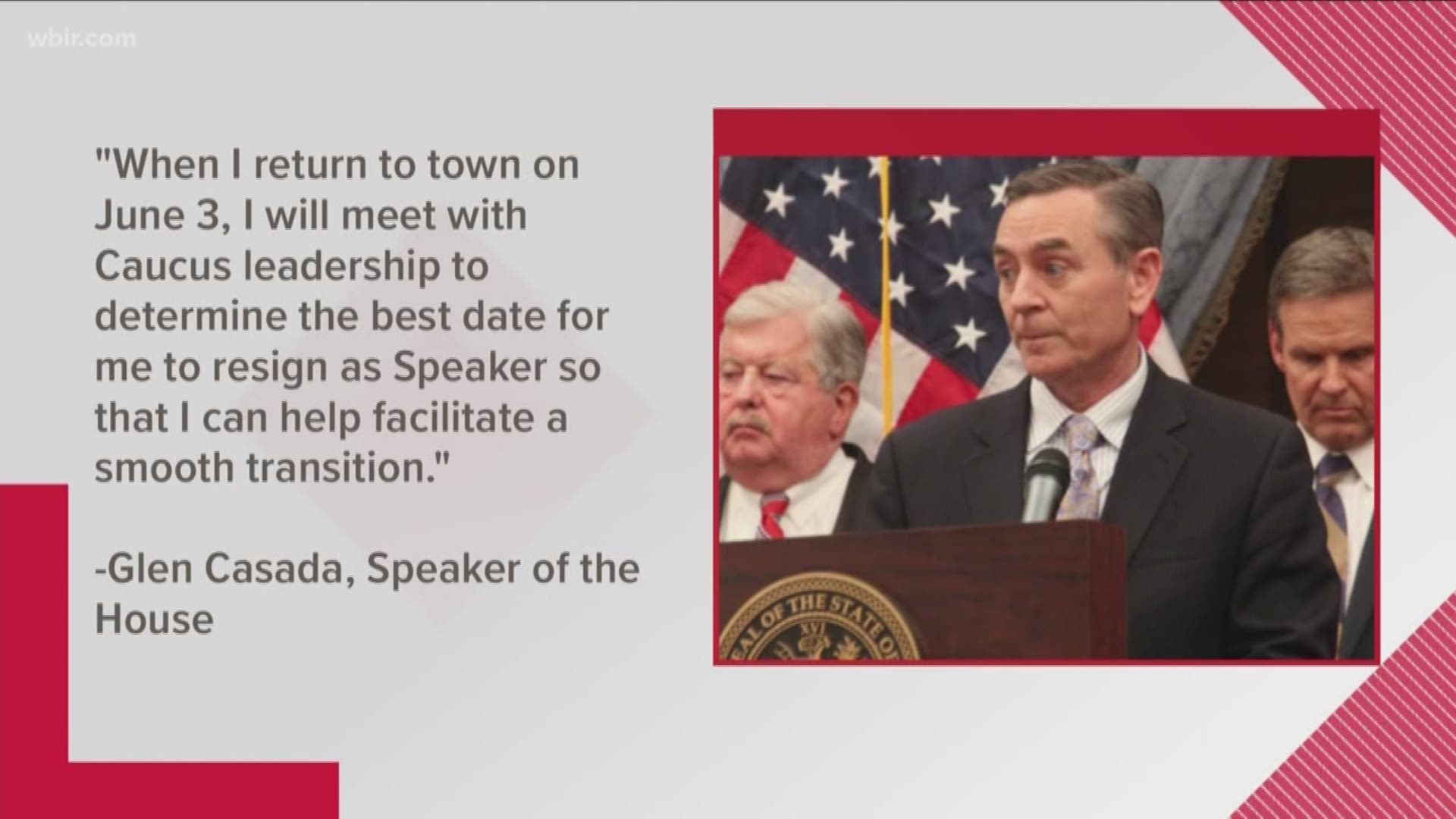 NASHVILLE, Tenn. — Tennessee Speaker of the House Glen Casada will resign, a statement from the speaker said Tuesday morning.

“When I return to town on June 3, I will meet with Caucus leadership to determine the best date for me to resign as Speaker so that I can help facilitate a smooth transition,” the statement said.

Casada has been embroiled in political controversy as members on both sides of the aisle call for his resignation.

“Speaker Casada announcing his intent to resign is the right decision for the legislature, the Republican Party and the state. I commend him for it," McNally said. "Now we move forward. I am committed to working with leadership in the House to help restore the trust that has been lost in any way I can."

Knoxville representative Bill Dunn expressed his willingness to take over as House speaker after the announcement.

“It hasn’t been my dream to be speaker but it may turn out to be my duty. I am actively talking to members to gauge the best path forward for the House,” Dunn said.

He also praised the GOP caucus leadership and said he was optimistic good things would happen going forward.

The controversy comes after a series of text message scandals that include his former chief of staff sending racist messages, accusations of evidence tampering and Casada participating in sexually explicit texts with his top aide.

Gov. Bill Lee said Monday he was prepared to call a special session after House Republicans voted 45-24 they no longer have confidence in Casada's ability to lead, following a meeting behind closed doors in Nashville on Monday.

The no confidence vote came after many Republican lawmakers called for Casada to step down as speaker, as well as Democratic lawmakers and advocacy groups.

Related coverage of the story:

This is a developing story. 10News will continue to update it as we receive new information.