The initiative strives to bring back the once thriving tree in a new way-- through a hybrid species. 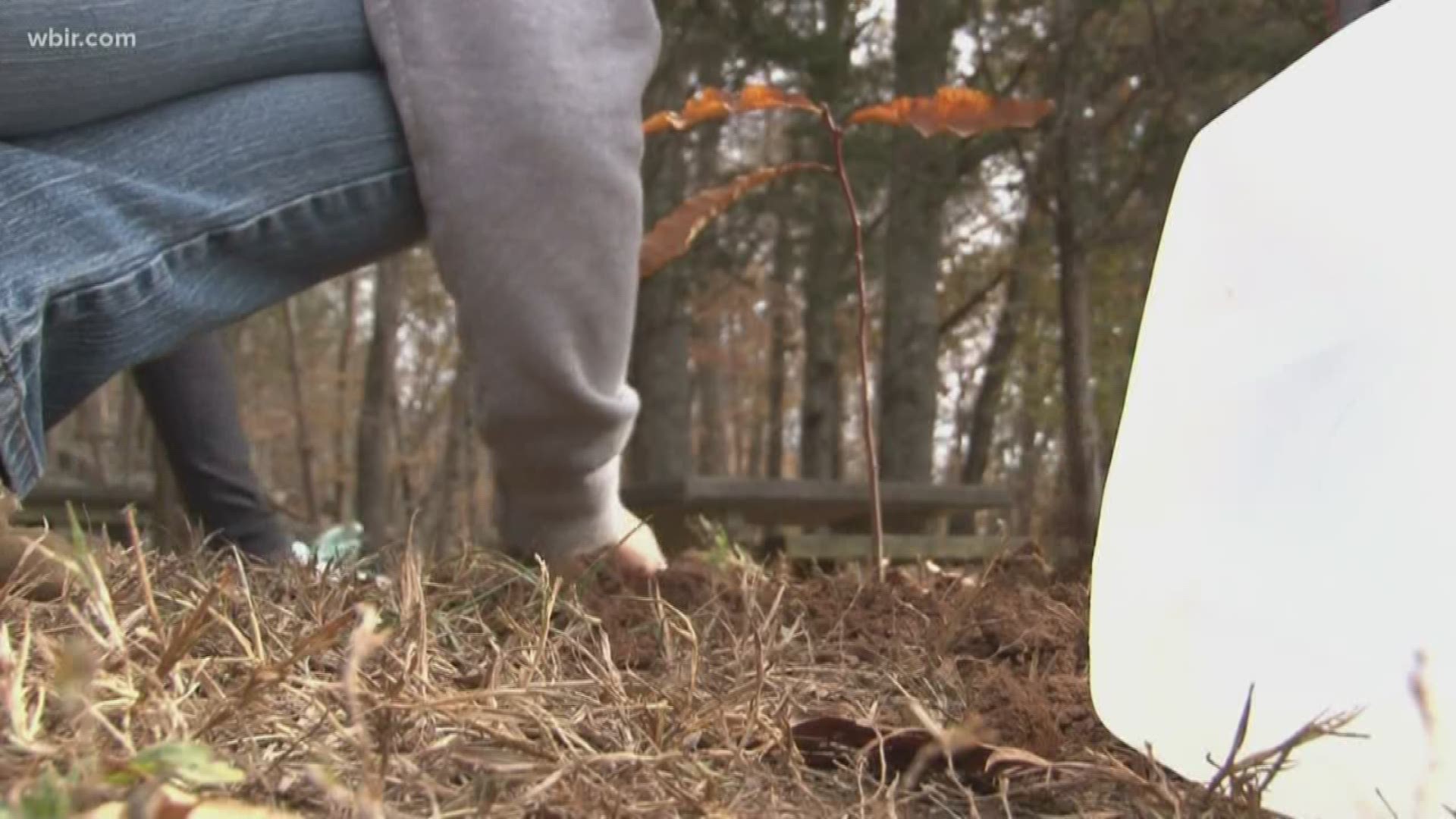 MORRISTOWN, Tenn. — The Tennessee Environmental Council planted hybrid American Chestnut trees at Panther Creek State Park Tuesday. It's part of an effort to bring back the once thriving tree in a new way.

The trees once dominated our region, but a foreign disease and blight wiped them out in the early 1900s.

Now, every hole shoveled and every sapling planted is a step in the right direction for the American Chestnut tree.

Johnny Boling volunteered to come from Norris to Morristown to help plant the hybrid plants.

"Naturalists have been trying to replace the trees that died about 100 years ago but nothing has worked over the years," Boling said.

The hybrid sapling may be small initially, but by the time it's fully grown it could be close to 100 feet. Cynthia Hernandez, the program coordinator for the Tennessee Tree Project, said the tree will hopefully grow considerably in five to 10 years.

"It's been said to comprise 25 to 30 percent of the forest," Hernandez explained of the native version of the tree. "So the forests today look a lot different than they did say 100 years ago."

The planting at parks across the state is an experiment to see if the hybrid version of the chestnut tree can grow and survive.

"This initiative involves a hybrid which is mostly American but it has the blight resistance of the Chinese Chestnut," Hernandez explained.

In the early 1900s, disease and blight spread and killed the American Chestnut species in the United States. Since then, environmental groups have been trying to find a way to bring it back.

"What we're trying to find is that tree that will eventually replace the old tree," Boling noted.

Because its legacy was a big one, especially in the Smokies.

"It was one of the main sources of hardwood and actually food," Boling explained. "Native Americans, when the American chestnuts started dying, they actually thought the world was gonna end."

Although the volunteers on Tuesday have never seen a live and native American Chestnut, they're hoping the hybrids will live for generations to come.

"That's the main reason I do this is to watch the growth," Boling added.

The group plans to plant trees in five parks across the state. The public is encouraged to stop at the groves, to water the trees and learn more about them.

The organization will plant more trees in Crossville Wednesday.

This initiative and research is through the American Chestnut Foundation. Tennessee State Parks and the Bonnaroo Works Fund are also contributors.