One went to heaven, the other to hell | Two East Tennesseans share their near-death experiences

10News spoke with a Knoxville woman who says she felt light and warmth after she suffered critical injuries when a car hit her in 2017. A Blount County man said he actually saw Hell. 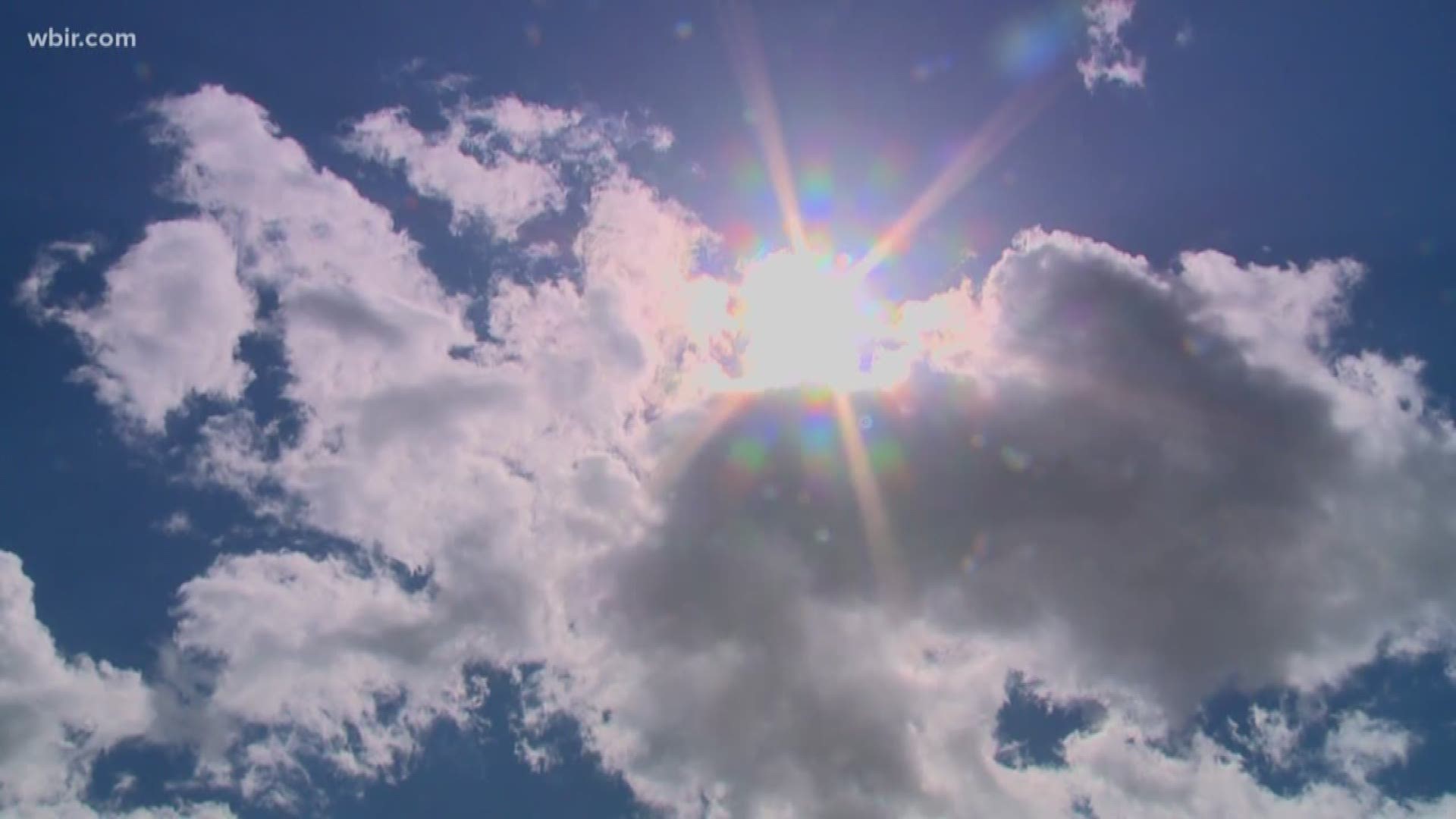 KNOXVILLE, Tennessee — A warm light, a feeling of peace. A vision of your life as you've lived it.

Again and again, people across cultures have described feeling what it's like to die and then come back, sometimes reluctantly, to this world.

It's a phenomenon that persists to this day. Debate continues in science about just how real it is. Doctors themselves cannot say definitively what may be happening, but many don't deny it's possible.

Priscilla McGill knows it's possible. She says it happened to her in March 2017 after she was struck by a vehicle while walking across Woodland Avenue west of Central Street in North Knoxville.

"At first, I just remember like sitting on a cloud in light and peace and calm," she told 10News. "No fear, none."

The experience forever changed her.

A Blount County man told 10News when he collapsed years ago in a stabbing, he ended up going through literal hell.

Credit: WBIR
Ronald Reagan said he was stabbed in a fight as a young man and ended up experiencing hell while he was dead.

"I knew my body was still on the gurney, but I was floating and I began to hear screams of people all around me...crying and wailing," said Ronald Reagan, who ended up becoming a preacher.

When medical students are learning to become doctors, there's little preparation for the possibility that a patient might go through a near-death experience, said Dr. Jeff Johnson, a cardiologist at the University of Tennessee Medical Center.

But he doesn't doubt a patient can experience it. He recalls one man specifically who believes he died and then came back.

"There are some people who seem to be content with it -- like my patient – and I think there are those people who go on these deep quests to try to understand more about it," Johnson said.

It remains a mystery for which there might one day be a better scientific explanation, he said.

'IS YOUR HEART RIGHT?'

One night in March 2017, McGill walked to the Woodland Market on Woodland to buy cigarettes and a soda. She finished the errand, visited with some folks and decided about 9:45 p.m. that it was time to head back home.

As she crossed Woodland, she dropped her cigarettes in the road. She bent down, grabbed them and that's about the last thing she recalls before being hit by a vehicle.

It was a momentous turning point in her life. She was taken to UT Medical Center, she said, with crushed knees, broken ribs, injuries to her hip, her femur, internal injuries, multiple cuts.

She spent months in the hospital during which she "coded" -- lost consciousness when her heart stopped beating -- seven times.

McGill recalls vivid experiences during those times in which she saw people she knew, including her mother, as well as fields, bright flowers, lavish settings, and a heavenly "mother" figure who told her she could not stay. In fact, the figure said, she would have to go back to the living.

Credit: WBIR
Priscilla McGill talks about the vehicle striking her in March 2017 near where it happened.

McGill insists she'd been shown what death would be like and that it wasn't a terrible thing at all. It just wasn't her time.

"I've heard people tell me, They had you on plenty of high-powered drugs. But until you experience it, I don't think you can really a 100 percent change them," she said.

Today, she believes it's her duty to testify for God, to bring people closer to God.

"I feel like that I need to tell people, you know: Is your heart right?"

That's a feeling to which Ronald Reagan can relate.

As a young man growing up in East Tennessee, he'd lived a rough life, one that included repeated crime and violence fueled by drugs and alcohol. At age 25, a fight almost ended it outside a package liquor store.

"I hit him and knocked him down," he recalled, describing an adversary. "He broke a bottle and started stabbing me. In just minutes, I was bleeding to death."

For Reagan, the nightmare was just beginning.

Credit: Ronnie Reagan
Ronnie Reagan shown on one of numerous mission trips he's made outside the United States since his near-death experience.

In the ambulance, he could feel his body floating above the gurney and yet he knew intellectually that his body was still on the gurney.

"It was like I was passing through the open mouth of an active volcano or a burning lake," he recalled.

He saw the faces of people he knew -- people who were dead. They told him, "Ronnie, don't come here, there's no escape."

"My body jerked like I'd been electrocuted," he recalled.

After he recovered, Reagan repented and dedicated his life to helping save others. He's been sharing his story ever since across multiple cities, multiple states, multiple nations.

Today he's pastor emeritus at the Meadow Church of God in Blount County.

For Reagan, the near-death experience was "a gift from God." 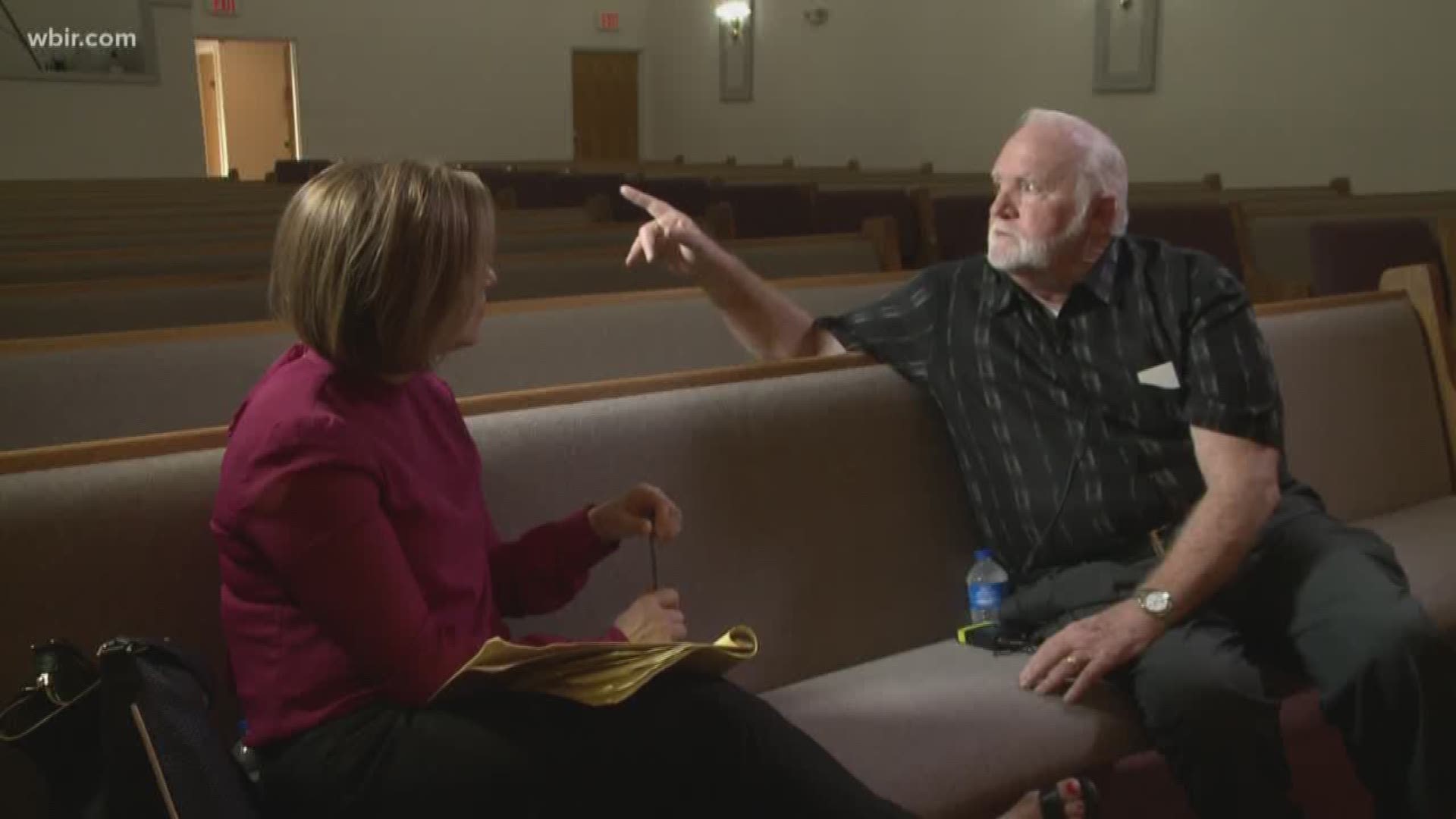 Charles Swedrock, of Tucson, Ariz., is the president of the International Association of Near-Death Studies. It collects near-death stories and research and offers information as a resource.

Research so far shows there are multiple levels of near-death experiences, he said.

Credit: WBIR
Chuck Swedrock is president of the International Association of Near Death Studies.

For example, there are people who have a "positive experience, but the individual is so uncertain with what’s happening that they have a fear response."

Some people experience a "transition" level that starts in a dark place and switches into one that's light and positive, he said.

Yet another level has been described as hellish. Often that's what people who have lived largely negative lives go through, Swedrock said.

There also are documented stories of people who have gone through multiple near-death experiences, sometimes decades apart and in different contexts, he said.

Such events also tend to have a profound effect on someone as they return to life, he said.

"They will say after they’re back that it was one of the most important things to them that got them on a better path, if you will, as better humans in terms of their life characteristics," Swedrock said.

Dr. Johnson, a Cleveland, Tenn., native, knows some people go through near-death experiences because he's had a patient tell him about it.

It's been in the last few years, he said. The man had had a cardiac arrest.

"He told me in the office that he had a near-death experience – I don’t think he used that terminology," Johnson recalled. "He began talking about it and he was actually a little uncomfortable about it. But eventually it came out that that’s what had happened. I probed a little bit. I said, Well, how was it? What did you see?"

The man was, in general, reserved, not prone to lots of enthusiasm.

He told the doctor about being in light, feeling warmth, and experiencing a "very pleasant feeling."

"And then he did become a little more animated, and he said it’s hard to describe, but I didn’t want to come back. And the most disappointing thing about it was that I had to come back."

The man's wife sat with them as they spoke. Johnson pressed his patient.

Johnson said he's heard for years about people to whom such events occur. He doesn't doubt them. His own patient had told him explicitly, "I'm serious."

A man of faith, Johnson said he heard such stories growing up in church.

From that perspective, it's easy to accept what someone says about seeing loved ones who have died or experiencing light or warmth on the other side.

Science and medicine, however, still lack all the answers.

There's still much more to learn about how the brain responds in a medical emergency and what it's really going through when the heart stops.

"I would love a scientific answer when we have one," he said.

And perhaps some day it will come.

"I think maybe in the next few years or decades we may have deeper answers into these experiences, particularly where the brain is concerned," Johnson said. "But personally I don't have a problem with it faithwise. I think if I were truly only scientifically based that I might have a problem with it. But I believe that there’s another world, a spiritual world that we are all a part of. God’s ways are not our ways. And I personally am content with that."