The youngest orchestra in Knoxville is sitting in a classroom at Beaumont Magnet Academy. 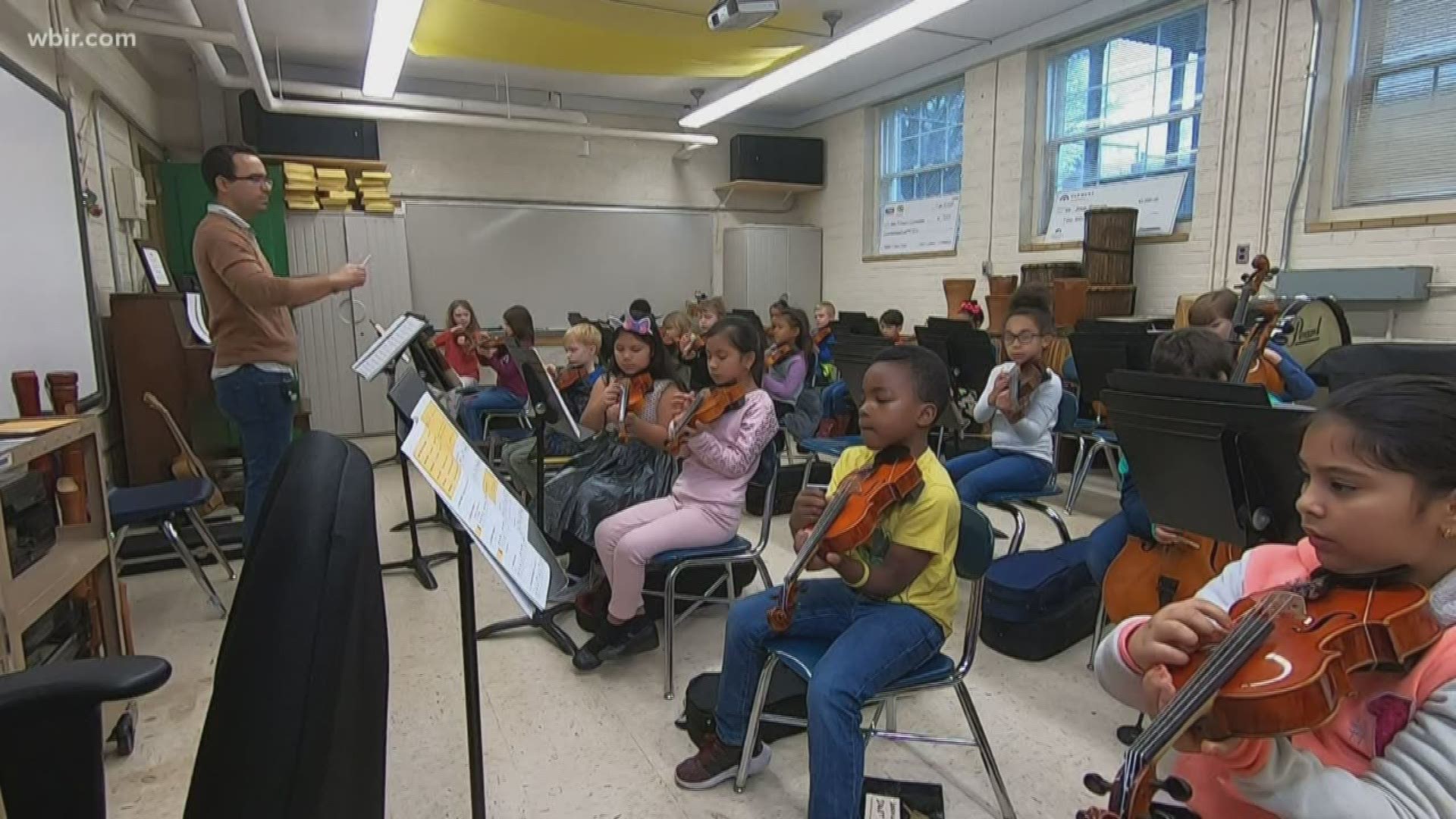 KNOXVILLE, Tenn — Once a week at Beaumont Magnet Academy in Knoxville, elementary schools students file into a special kind of class.

"Good morning Mr. Ramos how are you today," the students replied.

Things in this class quickly get musical.

It's one of five music ensemble classes Ramos teaches.

The string orchestra is the only class of its kind for Knox County elementary schoolers.

Ramos is working to get grants to fully furnish all five ensembles.

A $7,000 TeacherPreneur grant from the Great Schools Partnership completed his string orchestra.

The grant also covered accessories for the instruments, which include violas, violins, cellos and double basses.

The kids all have their favorites.

"I like that it has so many strings," second grader Lydia Smith said about her violin.

"I like it because I don't have to put it to my neck," said second grader Abraham Eaton about his cello.

Ramos said he notices how his students are proud of the talents they're developing.

"I'm starting to see sometimes the kids bring their own instruments just to practice at recess and that's very beautiful," he said.

Studies show learning to play an instrument at a young age improves coordination and listening skills.

Plus, the kids are learning that hard work pays off.

We asked McIntosh what keeps him going when playing the double bass gets hard or frustrating.

Ramos has some in-school performances planned for his ensembles, but hopes as the program grows his students will have more chances to show off their new skills outside of the classroom.